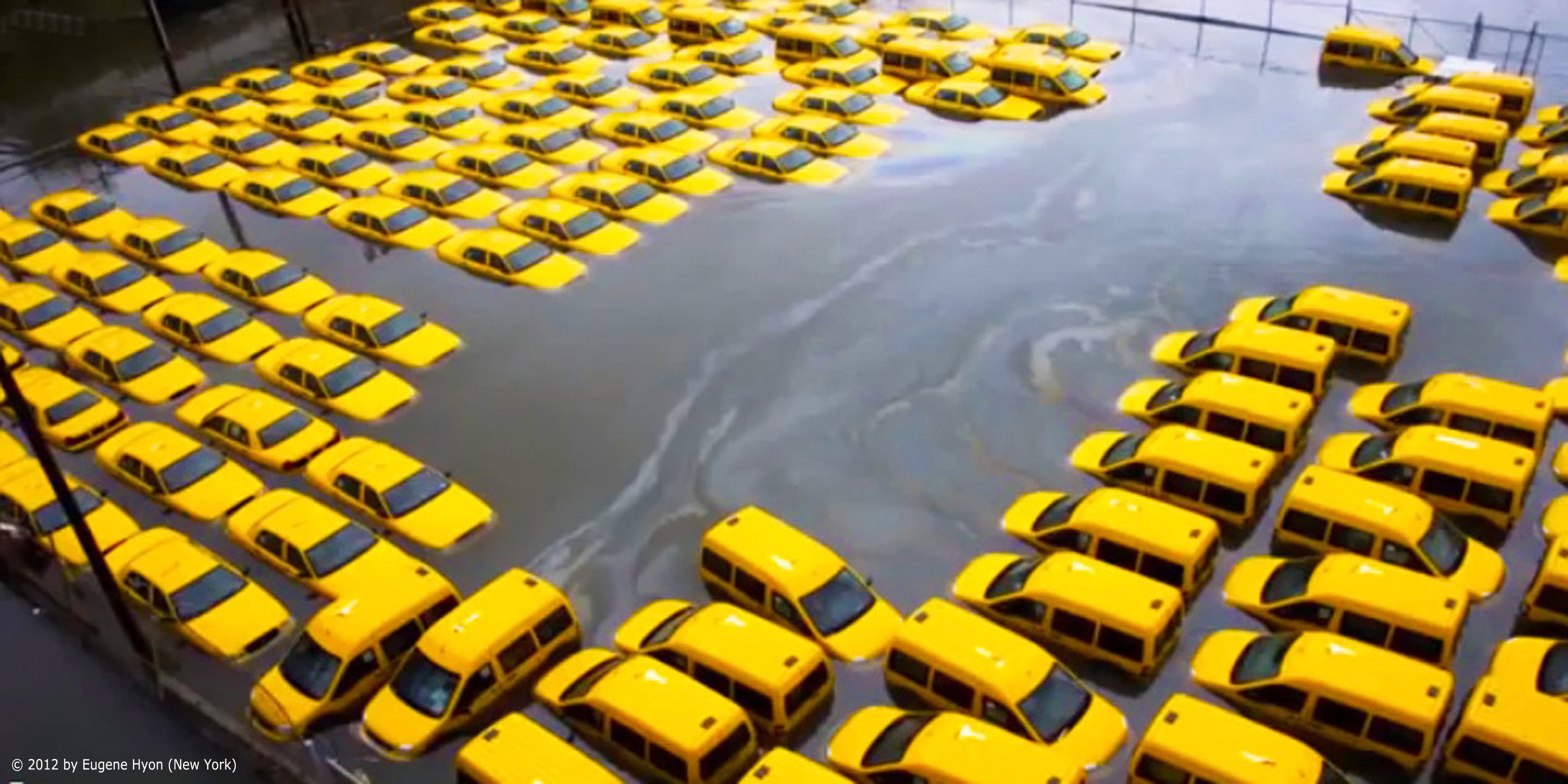 Fine Art Photography Exhibition at A Gathering of the Tribes

[dropcap]T[/dropcap]he highly energized yet, at times, startlingly tranquil exhibition of art photography by native New York photographer, Eugene Hyon, organizer and curator at A Gathering of the Tribes on East 3rd Street in Manhattan, was an original artist’s view of urbanites and cityscapes not to be missed. The gallery show entitled, Urban Landscape and People: A Symbiosis of Nature and Culture, was a joint showing of recent works by him and Multimedia Artist, Musician and Professor of Fine Arts, Pilar Viviente of the University of Miguel Hernandez, Altea, Valencia, Spain. Included in the week-long exhibition were art-evoked poetry recitals by Howard Pflanzer and Helen Peterson. There were also piano improvisations by Prof. Viviente and Richard Clements, enriched by the art.

In her abstract multimedia art works, Viviente strongly projects the message, “Save Nature, Save Culture!” She reveals the symbiotic relationship between the two as primary factors supporting humankind’s reliance on both nature and culture in building a healthful, functional and rewarding urban habitat.  Starting from stacked constructions of books and CD cases as model city scenes, she creates the familiar dynamics of brightly lit skyscrapers against dense night darkness.  With touches of color, she adds sparks of light to the ebony sky, and in some paintings, an over-glaze of translucent brush-strokes of color to lend a Zen mystique of reassuring continuity.

In sharp but pleasing contrast to her style, Hyon magnifies, demystifies and dramatizes the organic, pliable balances that underlie the urban environmental core and humanity.  By combining three distinctive modes of understanding and focus through his lens—spiritual, poetic and painterly, he artfully guides his viewers to a realization of these balances against the characteristic, somewhat predictable background of city buildings. Yet through his unique lens and vision, nothing is quite predictable or totally definable, and this is what makes his photographs at once arresting and reassuring.

Within his compositions, there is stark simplicity within each complexity and touches of blatant verity surface through areas of seemingly opaque mystique.  By means of these creative balances and layers of death, destruction, decay, vibrant energy, vitality and extreme beauty, he very astutely and artistically shows us specific aspects of the totality of the active urban lifestyle, death mode and all stages of existence and experience between the two. We find ourselves absorbed and fascinated by all facets depicted, minus any tendency toward hesitancy or avoidance of viewing even the most destructive or disparaging scenes.  We delight in the lighter moments and grieve with or ponder on the darker ones.  As a highly accomplished artist, photographer and philosopher, he is able to guide viewers of his works through the complete essence and embodiment of each moment in time, human experience and artistic vision that he captures and conveys.

Hyon’s personal involvement with photography began in the late 1960s, working with his father who was an independent commercial black and white darkroom/studio photographer focusing mainly on fashion, industrial and commercial subjects in New York City.  Quoting from him, “There is ‘magic’ in having a photographic idea and letting it materialize, then doing as many different things to it.  I have watched as this transformative process takes on a life of its own.” When discussing his art photography, he states, “My work has been described by others as down-to-earth, intimate, mysterious, evocative and visionary. No matter the description, I seek to turn the everyday experience into an extraordinary ‘non-ephemeral’ moment from the very things that others take for granted.”  He works with black and white, because it clearly communicates the barest essence of the idiosyncrasies and attributes of our environment and is most suitable for depicting nostalgia.  He explains that use of color grasps and concisely conveys instants in the “here and now” modern surroundings.

His art photography has been substantially influenced by the late 19th and early 20th Century photographic works of Eugene Atget, Berenice Abbott, Andre Kertesz, Paul Strand, and Irving Penn.  Additional interests of his include living as an integral part of nature and traveling to distant destinations, preferably on the fringes of society.

His works of art photography speak to us on many levels.  For example, in his photographs entitled, Beard Street Slip and Beard Street Slip II, the use of sepia toning lends a touch of aged warmth to the still, deserted scene of factory buildings and open structures behind empty boats moored at the weathered slip dock.

In the stark reality of the scene depicted in Mannequin on Van Brunt, the damaged yet stylish legs of a discarded mannequin dangle over the edge of a large industrial garbage bin.  These legs, though mud or blood-stained and grotesque in their embodiment of a life roughly lost, hint at a previous lifestyle of posed elegance and beauty.  Since the torso, head and arms are not visible, this former figure and existence are left to the viewer’s imagination, in the midst of a pile of refuse.

In Sunken Taxis (featured photo above), a large fleet of yellow city cabs lies dormant and half-submerged in a flooded parking lot.  Their cheerful yellow exteriors offset the dark murkiness of the rising water engulfing them.

Greenpoint Welcome shows the large, nearly street-to-rooftop sign on the side of an urban building.  Of prominence are the expansive block letters “BK” for “Brooklyn.”  They are a curiosity, because of the difficulty in determining whether the ghoulish graffiti lettering was the original work of the artist or added by passersby afterward, as well as strangely reminiscent of European political propaganda posters of the 1930s.  The three figures rushing off with a baby-in-stroller down the sidewalk bring a sense of normalcy to the overall scene.

In Cooling Off on Milton Street, a young man and woman in swimsuits enjoy the cool, forceful spray of water from an opened fire hydrant on a hot day in a city neighborhood. In the background, the orange and white cylindrical warning barriers surrounding a parked heavy construction vehicle typify the constant mixture of different residential and commercial- industrial environments, accessories and attitudes in city environments.  At the same time, the red brick of apartment houses and stores on a distant corner connote the merging of residential and commercial neighborhoods and needs.

In the art photography displayed in this exhibition, Hyon has definitely transformed normal objects, scenes and experiences into quite unusual and exemplary non-ephemeral time segments.  With his choice of subject matter that is often overlooked or taken for granted by others, he artfully applies his unique spiritual, poetic and painterly perspectives to focus his lens.  The result is a visionary’s diversified and complex, yet direct and concisely dynamic art photography.  The intimate and warm humanistic qualities of urban life merge with its stark, bold and often harsh realities.  With artistic expertise, he captures the very heart of the commercial- industrial impact on city dwellers and environments in subtle sepia, honest black and white or playful, emotional and infinite gradations of color.

Ellen Gilmer Author
Ellen L. Gilmer is a published author, speaker and performance artist living in New York City. She has spoken and performed internationally and enjoys sharing her experiences with others. She has published two books with the Pentland Press Ltd. and Carnegie Publishing Ltd. in England: La Belle Famille, a novel, and Free Style Run of the Heart, a book of dramatic monologues with poetic songs. Her third book, published with Amazon.com, is entitled, Song Poems from the Cumulus Cloud and Creative Essays. She is also an active KDP Amazon publisher (for Kindle books). As an IPA member for many years, Ellen has now joined the IMPress staff to share her writing talents with our readers.
web
https://crystal-clear-writing-art-forms.com
×

Ellen Gilmer Author
Ellen L. Gilmer is a published author, speaker and performance artist living in New York City. She has spoken and performed internationally and enjoys sharing her experiences with others. She has published two books with the Pentland Press Ltd. and Carnegie Publishing Ltd. in England: La Belle Famille, a novel, and Free Style Run of the Heart, a book of dramatic monologues with poetic songs. Her third book, published with Amazon.com, is entitled, Song Poems from the Cumulus Cloud and Creative Essays. She is also an active KDP Amazon publisher (for Kindle books). As an IPA member for many years, Ellen has now joined the IMPress staff to share her writing talents with our readers.
web
https://crystal-clear-writing-art-forms.com
Latest Posts