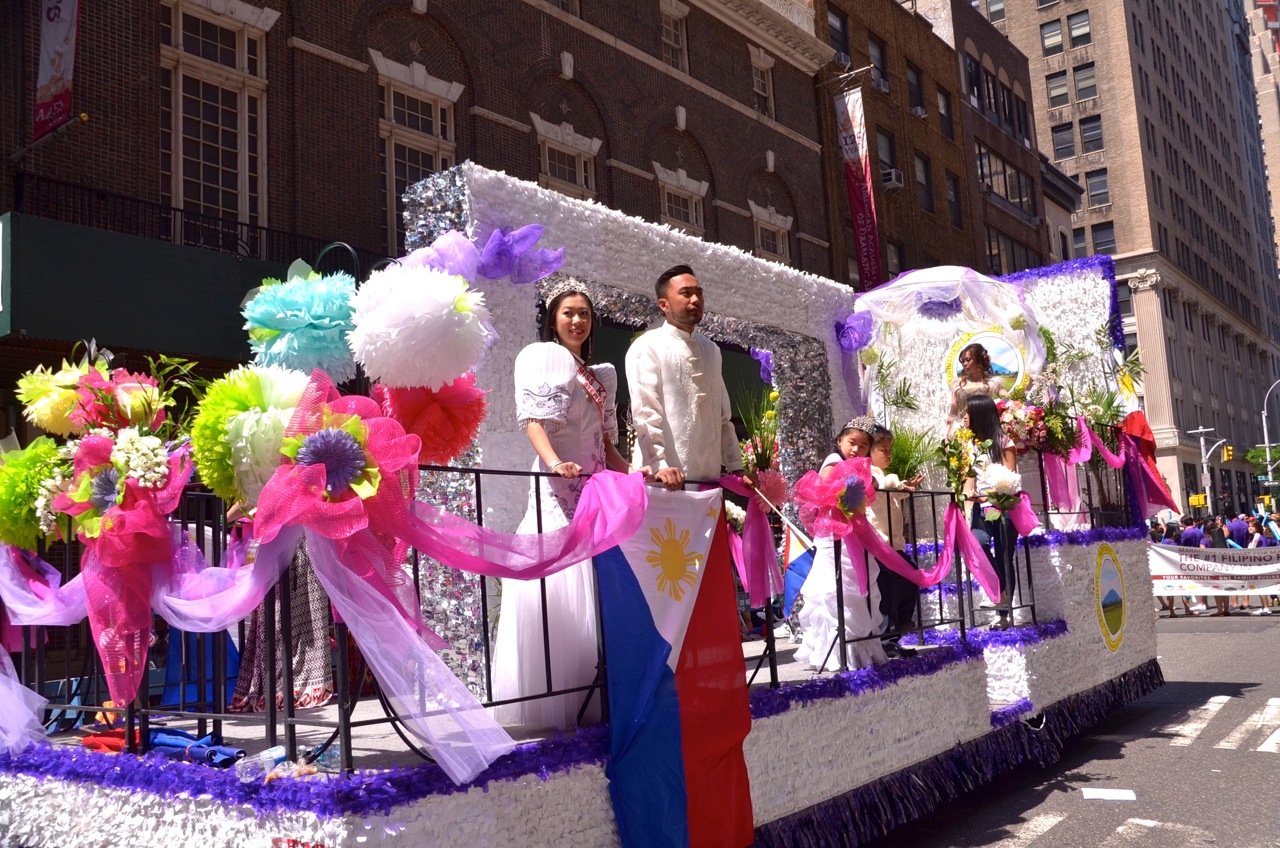 In the past, I basically covered events in New York at the Javits Convention Center. Since I have covered so many of these shows, I decided to expand the events I cover to now include many parades and even attractions taking place in New York.

I have now covered a number of cultural parades, from the Persian Day Parade to my latest the 116th Philippine Independence Day Parade which celebrated their independence from Spanish rule on June 12, 1898 .

Unfortunately for me, I had two parades to cover this day, the first started at 11 AM uptown on 5th Avenue in the 80’s, it was the Israel Independence Day Parade.  I got to the parade a bit late and went uptown where the parade would end to try to catch as much as I could.

My problem however was to then rush downtown to Madison Avenue and 38th Street. I had to find parking and then try to capture what I could of the Filipino parade.  I parked on 26th Street closer to the end of the parades route hoping I wasn’t too late to get what I needed.

Unfortunately, I did miss many of the floats, dancers and other excitement too.  So as an apology, I decided to offer up my video and slide show of the point at which I got to the parade.  I promised myself, that in the future, only one of these assignments per day.

So I learned my lesson, you can’t be in two places at the same time and unfortunately no one from IMPress was available, so it was up to me to try to cover both.

The parade was held in New York and started on 38th Street and continued down Madison Avenue to 23rd Street. As one would expect there were beautiful floats that showcased Filipino talent, business leaders and celebrities and participants dressed in native costumes danced to the music of the Philipinnes.  Then the participants who came from all parts of the country to show their support and pride in being Filipino’s.

Of course I always love to see the crowds who attend the parades.  So many beautiful people smiling and cheering and showing their pride in being Filipino’s.  As you will see in the video, not only did Filipino’s participate in the parade, but other marching bands and groups as well, all in support of this wonderful celebration.

One of the crowds favorite floats was the one that showcased their pride in Megan Young the first Filipino American to win the Miss World contest for 2013 in Bali, Indonesia.

She is breathtakingly beautiful, which one might expect in any Miss World.  Ms. Young, was born in Alexandria, Virginia in 1990 to a Filipino mother and American father.

She won the Miss World Philippine’s pageant in 2013 and then went on to win the  Miss World title.  She also received the Continental Queen of Beauty title as Miss World Asia 2013, the highest ranked contestant in the Asian region.

At 2:00 PM, their Cultural Festival began, adjoining the Madison Square Park on 23rd Street near the famous Flatiron Building which you will see in our slide show. A large stage was set up to host some of the best Filipino and American talent. Performing on stage were: Apl De Ap, David Pomeranz, Anna Marie Perez De Tagle, OPM singer-composers Ogie Alcasid, Kuh Ledesma and Cecilia Azarcon.

I had an opportunity to meet them and didn’t have the time to see Filipina Megan Young the 2013 Miss World winner and take some additional photos. I suppose I was  fortunate enough to capture this stunning woman on her float at the Parade.

For those that wanted to experience authentic Filipino food, there was also a wonderful street fair set up on 26th Street which they billed as a mini-Filipino food festival and expo.

Anyone that has tried Filipino food knows they could expect Filipino Barbeque, halo-halo desserts (shaved ice and evaporated milk to which are added various boiled sweet beans, jello and fruits, and served in a tall glass or bowl.) , fish balls, pancit (noodles) and other native specialties.

As I have stated earlier in this article, I didn’t have the opportunity to cover the beginning of this parade. Next year I intend on spending most of the day covering this parade. I want to discover more abouth the people, their music, food and traditions. This is not just another parade it is a window into the Filipino community and their peope. Although I would have stayed longer,  I had one last assignment for the day to make my way downtown to cover the Orchard and Delancey Street fair.  It was a very long day for me, never again.

Photo credit to Rex Romero who allowed us to use some of his photos in our slide show.