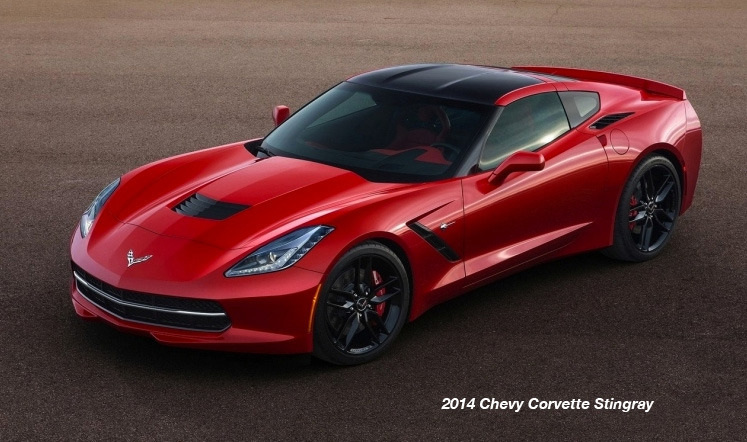 York International Auto Show.  This great event started in the turn of the last century and has become North America’s first and largest automotive exhibition.  The 2013 Show marks the 113th anniversary of this show and runs from March 29th through April 7th and is one show you should not miss.  One thing remains constant at these shows and that is the tradition of bringing new and innovative automotive concepts and vehicles to this national stage. 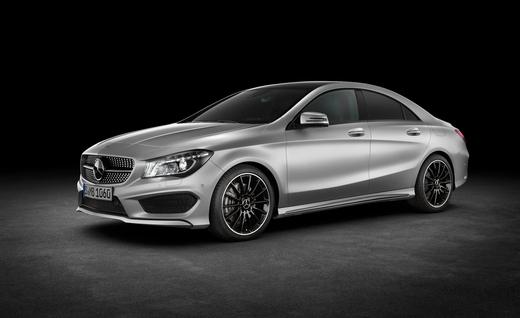 Even though the past few years the automotive industry struggled, the industry has made a remarkable comeback with more automobile models and features then we have ever seen before.

Although the technology has pushed this industry into the future with more electronics and safety features then we have ever seen in previous years, fuel economy and going green seemed to be the leading technology at this years show.

We saw hybrids from just about every company and understand that some of them have a range of 800 miles before you have to gas up. The electrical system is charged when using the gas operation or when breaking and then for some of the local driving, you are using the electrical power.  It would appear that this technology is here to stay and each year we see more and more companies introducing their exciting new hybrids at this show.

We attended the show on the first Press day and had free reign to go to all the exhibits and shoot to our hearts content.

We had the opportunity to speak to Nathanael Sijanta, head of sales for Mercedes AMG division who introduced us to their latest new American import the CLA 45 AMG.

The new CLA sports the most powerful production four-cylinder powerplant on the planet.  For those who seek incredible performance this is the car they will enjoy driving. Mercedes AMG does it again with the new mid-range CLA-Class. The AMG four-cylinder engine pumps out 355 hp and 332 lb.-ft. of torque. This gives the new performance four-door coupe the world’s most powerful four-cylinder engine built in a production vehicle.  Who said a four cylinder, fuel efficient engine lacks power?

Mercedes is targeting the young and aspirational buyers with this car.  I don’t fit those demos, but those in the target group should be prepared to pay a cool $50K for this beauty.  Considering the average luxury vehicle today can easily cost $45-$50K and the loaded family minivan can reach those price points too, this new, sleek and sexy Benz can now compete quite easily in this sport/luxury car market. Visit the MB website for more information. 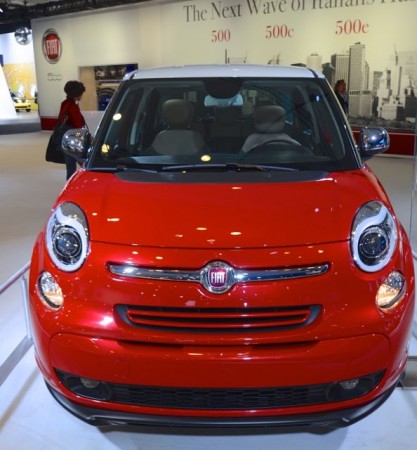 Now if you aren’t ready for the new Mercedes CLA 45, and want a fuel efficient compact car with great style, luxury and so much fun to drive, then you really have to see the Fiat 500c.  So many custom possibilities to make yours unique.  From the 500c POP that gives you the ability to put the top up or down in speeds up to 60 mph to the 500c Lounge, you can enjoy all-season driving and get up to 40 miles per gallon.  The 500c POP starts at just under $20,000 and the Lounge a just a bit higher at around $22,500.  These little babies are for those that want economy but don’t want to sacrifice the leather-trimmed details, bolstered seats and the advanced technology at their fingertips.  Of course one would expect and receive responsive handling and a smooth ride from their touring-tuned suspension.

The Fiat line includes: Circular projector bi-halogen headlights and daytime running lights featuring the latest high-tech bulbs. 15-inch steel wheels with silver painted wheel covers and All-Season tires. They sport a power-operated, retractable rooftop with four pre-set positions, as well as a full-cycle of stopping points, from just a “crack” open to a fully dropped top and has a dual layer cloth top for all weather comfort and durability.  Not interested in one of these convertibles and prefer a hardtop?  Then check out their Fiat 500 Turbo…you won’t be disappointed with any one of these beauties. You can see more of these vehicles on their website.

The 2013 Mazda3 ranks 1 out of 43 Affordable Small Cars. This ranking is based on analysis of 58 published reviews and test drives of the Mazda3, and US News analysis of reliability and safety data.  Now the 2013 offers even more in styling and value then in the past. So we just had to find out what they had in store for us for 2014, but alas, most companies at the show were not ready to reveal their hot new 2014 models, just yet.  The current models didn’t disappoint and we thought the styling and features on their line-up for this coming year will please the buyer who wants comfort, affordability and value. After all, the car manufacturers keep their body styling the same for a 5 year period so the improvements are usually minor in style, but we noticed a number of major improvements in the safety, guidance, entertainment and any other feature that depends on the latest computer technology.  In our video you can see some of these new features at work.

Of course we went to over to visit to some of the luxury manufacturers like Rolls Royce, Bentley, Mercedes Benz, Bugatti, BMW, Aston Martin, Jaguar, and some of the others and for those readers who might be interested, the starting prices ranged from over $100,000 and went on up to $375,000.  So if you are one of the 1% out there, there was something at the show just for you too. 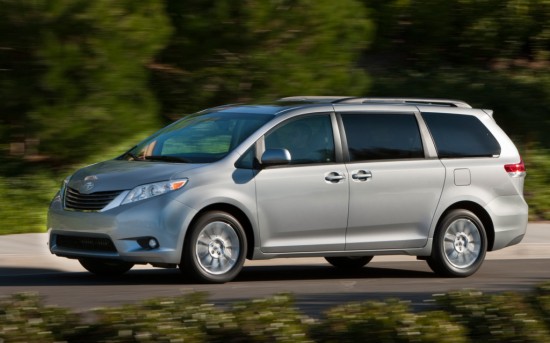 This year we decided to pay special attention to the new minivans. My son has a two year old boy with twins on the way.  He lived in New York City and has now decided to move to New Jersey and will need to purchase a vehicle.  He wanted to buy and SUV, but they simply can’t handle three child seats in the back, but the new minivans can. After all the new Honda Odyssey and the Toyota Sienna are not the VW vans of the 60’s.  Ranging in price from the mid $30’s up to just under $50K, these babies are meant to make driving enjoyable while serving a growing family in style.

Although most men tend to shy away from purchasing a minivan unless their wives insist, most of those that we know that own one, sheepishly admit they love the experience and the added comfort.  For those family men that simply refuse to even look at one of these new and luxurious family vehicles, we would suggest they go to both Honda and Toyota and test drive these very luxurious new breed of minivan.

For years the Honda Odyssey and the Toyota Sienna have been the leading minivans in the market and one can see why.  Not only are they stylish and resemble some of today’s SUV’s but they offer unparalleled luxury as you can see in this photo of the reclining leather seats with foot rests in the Toyota Sienna Ltd.  We were also given a demonstration of the new built in vacuum cleaning system in the Sienna so clean up from a crew of messy children is as easy as plugging in the vacuum hose and sucking up that spilled box of cereal or goldfish.  I have to admit that my motive is not only to help my son select the right family vehicle, but also my desire to take the minivan with my grandchildren on a family outing. 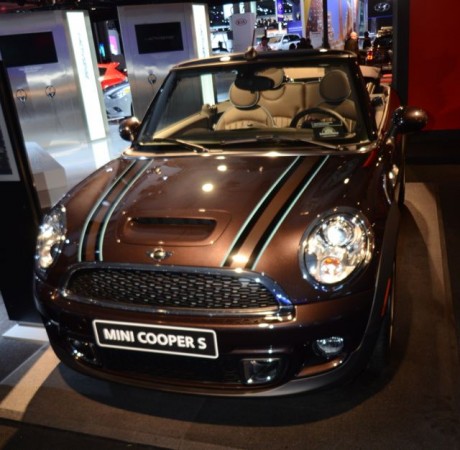 Mini Cooper was there in force  and introduced their new and very sporty little Mini John Cooper Works Countryman line that boasts four or five seats and merges racing passion in a all wheel drive system with its twin scroll turbocharger.  This is the biggest MINI with the most powerful engine.

They had some tricked out models including this gorgeous metallic root beer version with racing stripes and soft leather interior.

I would urge you to watch our video where you will see some of the fabulous cars at the show and hear some of the companies spokesmen talk about their latest entries for the coming year.

This holiday season is special when you add a trip to the show and at a cost of $15 for adults and only $5 for children under 12, you can afford to take the entire family.  Click here to purchase online and view combo and group ticket offers.

So  grab the family and head over to the wonderful and exciting New York International Auto Show and get ready to drool at all these great new cars and trucks.