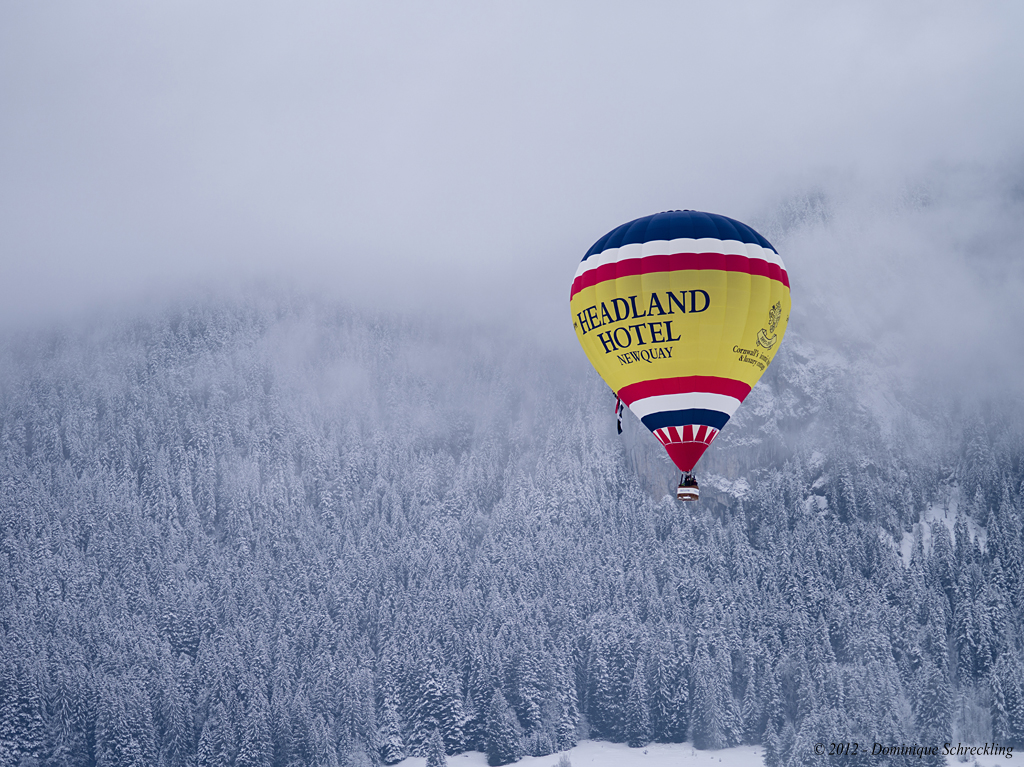 [dropcap]I[/dropcap]n a beautiful Swiss alpine valley, back in February 1979, the first International Hot Air Balloon Week began with just 12 balloons participating from 5 countries. From this humble beginning, the International Hot Air Balloon Festival of Château-d’Oex has now become the largest balloon festival in the world. Today with over 80 balloons participating in the event and the competitions that challenge the expert balloon pilots’ skills, thousands of visitors are thrilled by these flying demonstrations daily. There are also numerous opportunities for the public to take balloon rides and view and photograph some of the most spectacular scenery in the Swiss countryside.

Château-d’Oex is a small village in the Canton of Vaud in the Lake Geneva Region located in the Pays-d’Enhaut Valley not far away from the medieval village of Gruyère which is known for their fine cheese. Nearby is the international celebrity hideaway village of Gstaad.

Last year’s 33rd edition set a very high level of expectations in an activity highly dependent on weather conditions. A wonderful stable weather allowed the festival in 2011 to hold numerous competitions for the participating teams and offered over 570 balloon rides on 8 out of the 9 festival days which attracted over 62’000 visitors.

The weather conditions for this year’s 34th edition which started on January 21st for 9 consecutive days unfortunately could not meet these high expectations. The public learned what it takes to be able to safely take off in a hot air balloon in a Swiss alpine valley in the winter. Either the ground winds were too strong to even inflate the balloons or the cloud cover was too low or too thick. The huge amount of snow in the Swiss Alps this year also limited the landing possibilities due to the risk of avalanches. This year’s edition allowed the pilots to fly on just two days, Monday, January 23rd and Thursday, January 26th. On the remaining days, the teams demonstrated how to inflate the balloons on the ground which is also lovely. The special shaped and colorful balloons were also inflated on the weekends.

This year marked the return of the David Niven Cup. On February 10, 1979, the famous “Around the World in 80 Days” actor, David Niven, launched the first edition of the festival and endowed the long-distance flight competition with a trophy. Over the years, the rules of the race were adapted to the increased air traffic to finally end in 2008 when the rules were no longer satisfactory to the pilots looking for performance. The festival’s committee decided to return to the long distance competition this year, practically in its original form, within the current air traffic restrictions. The race took place on Monday, January 23rd and 6 teams lifted off. At the end of the 4-hour race, the winning team which were composed of the Swiss, Pierrick Duvoisin and Arnaud Favre were south of Milan and travelled a distance of 215.8 km (135.7mi). They were closely followed by the Luxemburg team, Claude Sauber and Paul Heiser (210.5km / 130.8mi) and the Swiss-Canadian team, Nicolas Tieche and Pierre Gariepy (209.7km / 130.3mi).

Thursday, January 26th was the best day of the entire festival. Ideal weather conditions were brought together with a deep blue sky and sunshine: postcard material with the brightly colored balloons set against a perfect snowy winter landscape. There were over 100 balloon rides and the competition “Course des Deux Gruyères” was held. This involved flying from Château-d’Oex to the village of Gruyères following the course of the river Sarine.

This 34th edition has not dampened the enthusiasm of the Organizing Committee who is already working on the 35th International Hot Air Balloon Festival of Château-d’Oex, a jubilee edition which will hold many surprises, scheduled from January 26th to February 3rd 2013. 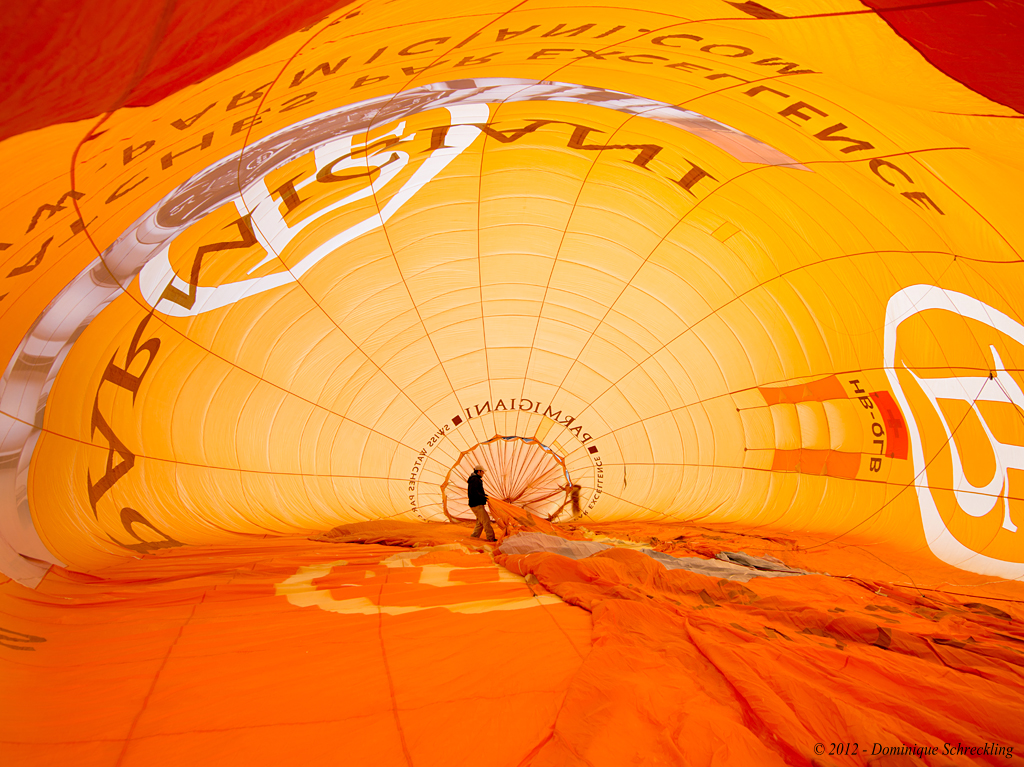 More photos of the event under www.pbase.com/tcom/chballon2012.

Official photos of the event from Julie L. Photographie