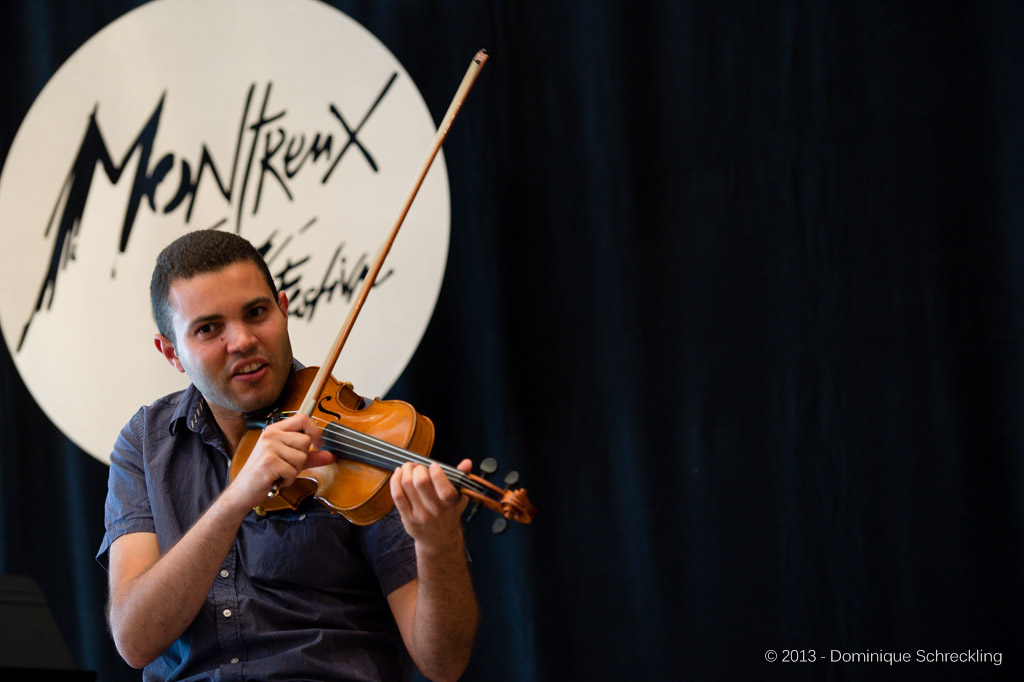 Under the new agreement, AKMI and the prestigious Swiss music festival will begin by presenting an adventurous new programme entitled “New Sounds from Arab Lands”. The project brings together five eminent artists from Syria, Lebanon and Tunisia; together, they create new music inspired by the rich cultural heritage of the Arab lands. Performing on both Middle Eastern and Western instruments, New Sounds’ artists exemplify the talent, achievement and breadth of a rising generation of cosmopolitan Arab musicians who combine jazz, classical music, and the microtonal subtleties and myriad melodic modes of Arabic music. Each musician is at once a consummate performer, skilled improviser, and highly original composer. Together, the ensemble’s music represents a sublime mix of spontaneity and control rooted in a thousand-year-old tradition of improvisation. Such music could only have emerged from artists whose own musical journeys have zigzagged back and forth between the Middle East and the West in unique ways, creating music that is at once seamless and surprising.

The programme features Kinan Azmeh, clarinet; Basel Rajoub, saxophones; Jasser Haj Youssef, violin, viola d’amore; Feras Charestan, qanun; and Khaled Yassine, percussion. The New Sounds from Arab Lands programme features 15 new works created by the three lead composers of the Project – Azmeh, Rajoub and Haj Youssef. The works both hint at the age-old exchange along the Silk Route as well as the on-going dialogue throughout the region and world. In a region that has been marked by strife and transitions, New Sounds from Arab Lands reminds us that the culturally rich region is filled with worldly, complex, enlightening ideas, creative energy and sounds.

Kinan Azmeh is a versatile clarinetist from Damascus, Syria. A graduate of High Institute of Music in Damascus and New York’s Juilliard Conservatory, Kinan has appeared worldwide as a classical clarinetist as well as a new music improviser composer. His compositions include works for orchestra, chamber groups, and solo clarinet as well as film scores, dance soundtracks, and electro-acoustic music. Basel Rajoub, born in Aleppo, Syria, graduated from the Damascus High Institute of Music, where he studied European and Middle Eastern classical music as well as jazz. Known for developing oriental music for the saxophone and original compositions which merge jazz with Middle Eastern rhythms, piano, and brass, Basel performs widely as leader of the Basel Rajoub Ensemble. Jasser Haj Youssef, originally from Tunisia, currently lives in Paris, and performs both on violin and on the Baroque viola d’amore, whose resonant sympathetic strings are ideally suited to the modal melodic forms of Arabic music. Jasser is a consummate fusionist, as much at home in jazz as in classical music and Arab maqam. Joining the lead trio of New Sounds are percussionist Khaled Yassine and qanun player Feras Charestan. Khaled, a native of Beirut, plays both Middle Eastern and Western percussion. He co-founded the Lebanese fusion band Fu Jan Shai, tours with innovative oud master Anouar Brahem, and is artistic director and producer of the Beirut-based CD label Edict Records. Feras comes from the city of Al-Hasakeh, in northeast Syria, and studied qanun at the High Institute of Music in Damascus. He performs regularly as a qanun soloist with the Qatar Philharmonic Orchestra and the Syrian National Symphony Orchestra as well as in the bands Roubai Toueis and Woujouh.

The common ground for these talented musicians is a shared spirit of exploration and a willingness to experiment. These were the qualities that attracted the attention of Fairouz Nishanova, director of the Geneva-based Aga Khan Music Initiative, whose mission is to support the expression and dissemination of exceptional musical talent from Central Asia, the Middle East and North Africa, and parts of South Asia (for a description of the Music Initiative, see below). Growing up in Amman, Jordan, Fairouz knew well the sounds of classical and traditional Arabic music but, as she recently recounted, “I couldn’t help wondering why its best known contemporary expressions were almost always limited to pop music, Western-Andalus fusion, or stereotypical improvisation within the standard form of lead voice and virtuosic strings.” Fairouz imagined a different kind of sound—one without a vocalist in which the lead instruments weren’t even necessarily of Middle Eastern origin. Working on behalf of the Aga Khan Music Initiative, she sought out talented performers from a new generation of cosmopolitan Arab musicians who became the core of a “New Sounds” ensemble. “I hope it will become a platform for adventurous music makers and audiences alike that cuts through all the misconceptions, stereotypes, and clichés,” said Kinan Azmeh. “For me, it’s a celebration of the continuum between contemporary culture and our incredibly rich history, which in music remains very much alive.” ?

NEW SOUNDS OF THE ARAB LANDS_Paris from AKMI on Vimeo.

The Aga Khan Music Initiative is an interregional music and arts education program with worldwide performance, outreach, mentoring, and artistic production activities. The Initiative was launched by His Highness the Aga Khan to support talented musicians and music educators working to preserve, transmit, and further develop their musical heritage in contemporary forms. Music Initiative began its work in Central Asia, subsequently expanding its cultural development activities to include artistic communities and audiences in the Middle East, North Africa, and South Asia. AKMI designs and implements a country-specific set of activities for each country into which it invests and works to promote revitalization of cultural heritage both as a source of livelihood for musicians and as a means to strengthen pluralism in nations where it is challenged by social, political, and economic constraints.