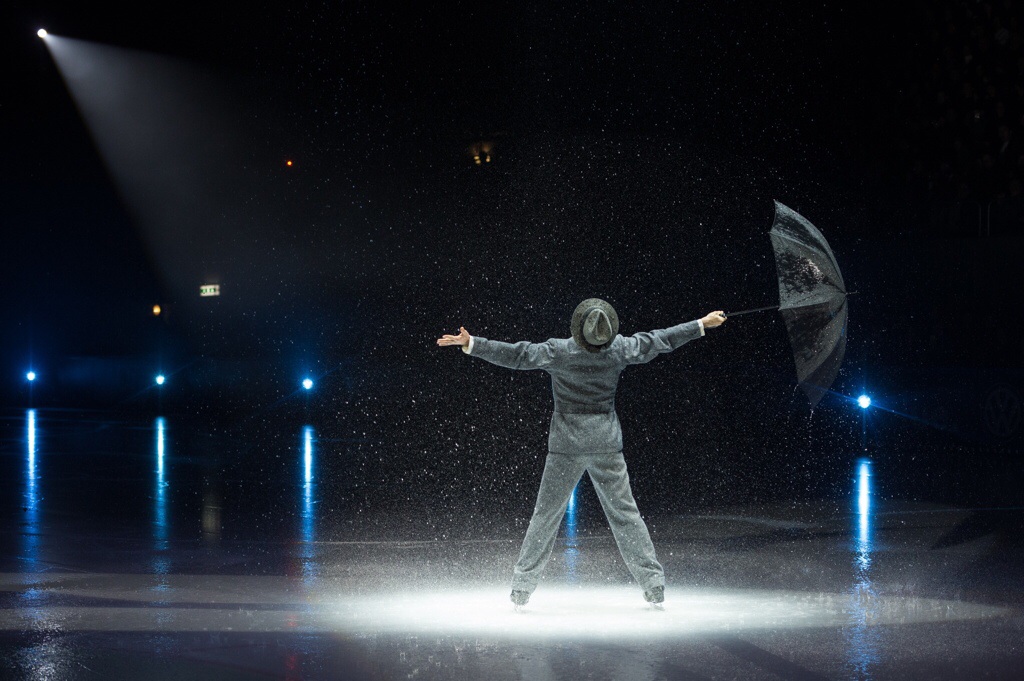 [dropcap]T[/dropcap]he 19th edition of Art on Ice is just over. The highly successful event combining figure skating with live music performance took place in the first half of March with 13 shows in Zürich, Lausanne, Davos, Helsinki and Stockholm attended by almost 100’000 live spectators.

During about two and a half hours, the spectators enjoyed the spectacular performance of current and former elite figure skating in this 19th edition of the ice gala. In addition to three current Olympic champions, there were also many other former World, European and Olympic champions. Unlike competitions, the show and entertainment is the foreground at Art on Ice.
[quote]“There is a good mix of the top technical difficulties with the artistic” says Sarah Meier, European Figure Skating Champion of 2011[/quote]

This year the first part of live music program presented the Swedish winner of the Eurovision Song Contest of 2012, Loreen as well as one of today’s most sought pianists, the young Swedish Khatia Buniatishvili. The second part of the show mainly featured Adam Anderson and Theo Hutchcraft known as the English band Hurts from Manchester.

As local performers from Switzerland on the ice, the European Figure Skating Champion from 2011 Sarah Meier performed to the title My Heart Is Refusing Me of Loreen. The fans of classical music enjoyed a composition of Edvard Gried played by Khatia Buniatishvili during the performance of Stéphane Lambiel, the World Champion from 2005 and 2006 as well as silver medalist at the Olympic Games in 2006.

At least as impressive as the figure skaters were Dan Miethke and Steffi Hoeggerl from Spark Firedance with stunning fire shows throughout the evening.

[quote]“It was a challenge. We used special spikes in the shoes to give us traction and grip, but it’s still sometimes very slippery and we cannot do everything we normally do. We are going to experiment with even sharper longer spikes so we can jump and kick and dance in the flames like we normally do, because it’s very hard when you fall!” says Dan Miethke[/quote]

Back in 1995, the businessman Reto Caviezel and the figure skater Oliver Höner came up with the brilliant idea that a figure skating gala needed real concert music with a stage, singers, an orchestra and dancers. Art on Ice was born. The premier took place in January 1996 in Zürich with 6’500 tickets sold. Today, it has become the most successful figure skating gala production in the world playing to almost 100’000 live spectators a year.

Year after year, the basic concept can be varied, different figure skaters, soul divas, tenors or pop music and different colorful choreographies allow Art on Ice to surprise both longtime fans as well as first spectators.

In 19 years, Art on Ice has become a must-have in a figure skater’s record of achievements, including for those who are Olympic medalists and world champions. For singers and musicians Art on Ice has also become a good place to be seen and heard. The audiences of the various editions saw the venues of musicians like Montserrat Caballé, Chris de Burgh, Zucchero, Roger Hodgson, Seal, Robin Gibb, Ronan Keating, the Sugababes, Anastacia, Donna Summer, Mick Hucknall and Leona Lewis.

This year, I had the chance to attend this show in Lausanne, Switzerland for the very time. Even if I followed most of the event watching through the viewfinder of my camera, it is a unique show offering a superb choreography mixing figure skating, dancing, live music and a perfect light show. It was a brilliant spectacle on stage as well as on ice.

[quote]“It’s a fantastic production. We did not realize the scale of the show they would put on this year. We already have some great ideas for new ways to light the ice up next year.” says Dan Miethke of Spark Firedance[/quote]

With such a show for the 19th edition, I am wondering how the organizer will be able to top it in order to celebrate the 20years of Art on Ice in the first half of February 2015.