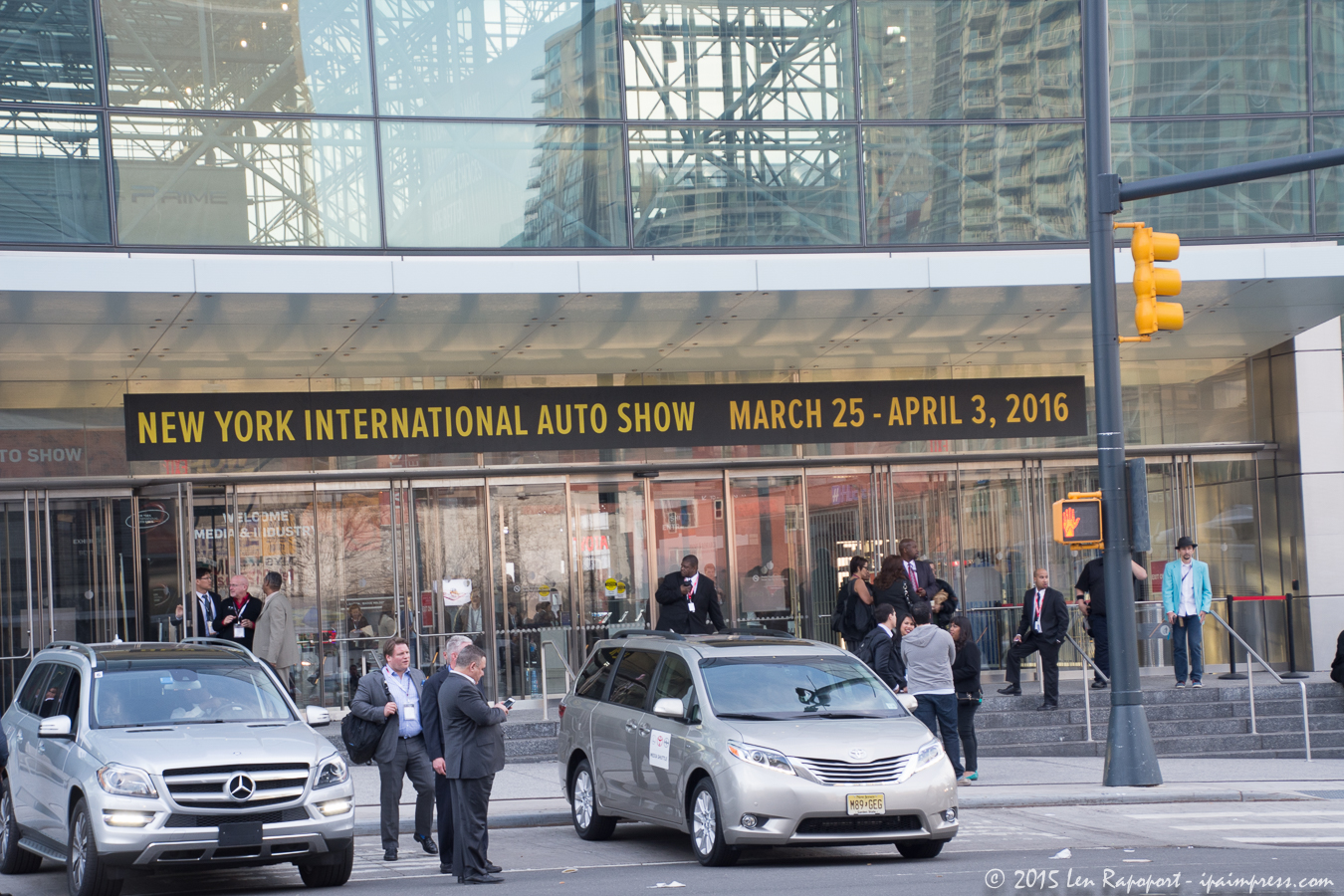 The New York Auto Show opened on March 25 through April 3rd and once again has outdone itself.  This is the show that will take more than a full day to cover, unless you just want to stroll the floors of this fantastic show. 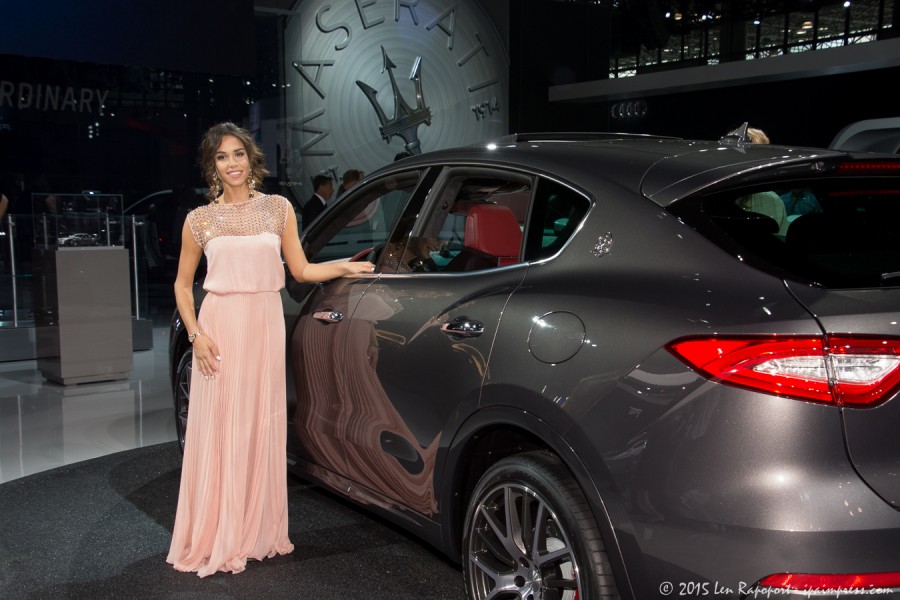 Where else can you see beautiful cars, draped with beautiful models that can tell you all about the vehicles and company they represent.  So much beauty in a world that today is not always so beautiful.  For many of us that can only dream of owning a beautiful car or having a beautiful girlfriend, this show will enable you to dream now with real inspiration. 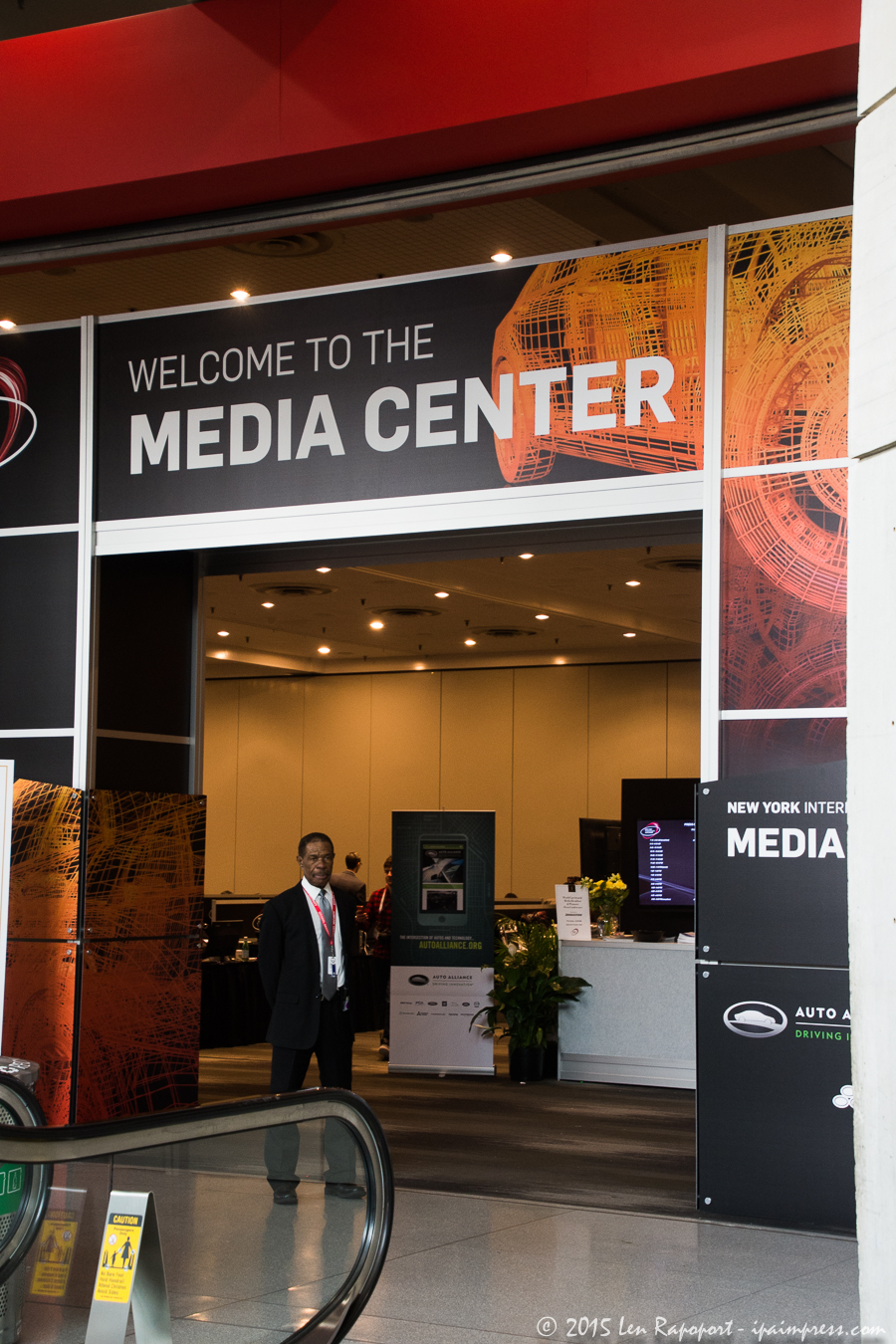 Now with the North Hall showcasing some of the smaller foreign entries the remaining center was filled with high performance, concept and energy-efficient vehicles.

The Show offers a huge selection of vehicles sold in the U.S.  giving consumers the unique opportunity to see much of what the auto industry has to offer. From fuel-efficient cars to multi-million dollar supercars, this show has something for everyone

It is always a challenge for us to cover this huge showcase of the newest and most advanced cars on the market.  So we try to hit the media center to pick up our show book and from there map out how we intend on covering the show.  We decided the 3rd floor will be our first stop and of course go through the entire floor taking our photos and some B roll video for use in our final video.

Although the press is invited for the first two days before the official opening of the show, we only att 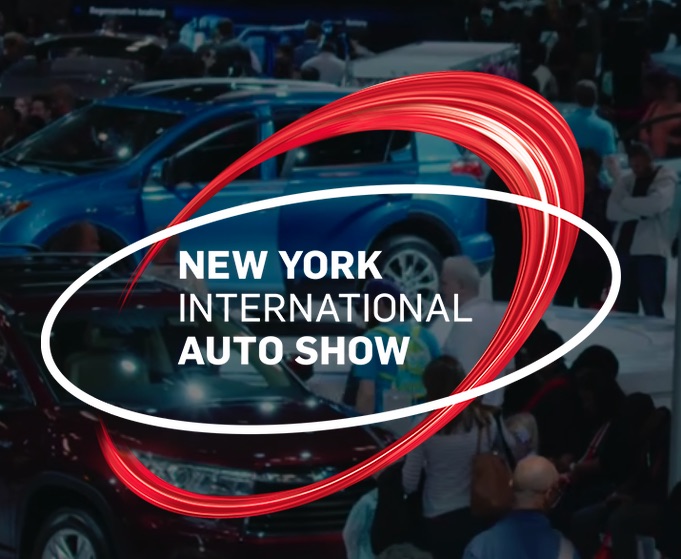 ended the first Press Day.  Instead of having our correspondents with us this day, we opted to spend the time hitting as many exhibits as possible and capturing a good representation in photos of the magnificent automobiles on display.

It is always hard to get a good vantage point during the many introductions of the many manufacturer’s newest models, so instead of trying to capture these on video, we went directly to the company exhibits.

We will return on Sunday to capture some of the excitement of the public days.  You will see some of the many fun activities at the show in our photos and manufacturer videos.

More than one million visitors are expected to attend the ten-day event. The show features nearly one thousand of the world’s latest automobiles, trucks, motorcycles, and concept cars at the convention center.

Mazda MX-5 Miata  was voted the Best Car of the Year and also the Best Design of the Year.

BMW 7 Series voted the Best Luxury car of the year.

Audi R-8 was voted the Best Performance car of the year. Starting at $162,900 it better be the best performance.

Toyota Mirai took the title of the World Green car.

This is our  photos covering as many models from most of the manufacturers as the show during the Press Only Day.

Click here or photo below to see our complete album.  You may download any of these photos for your own use.

These are © Len Rapoport- IMPress Magazine and may not be used for any commercial use without our permission. 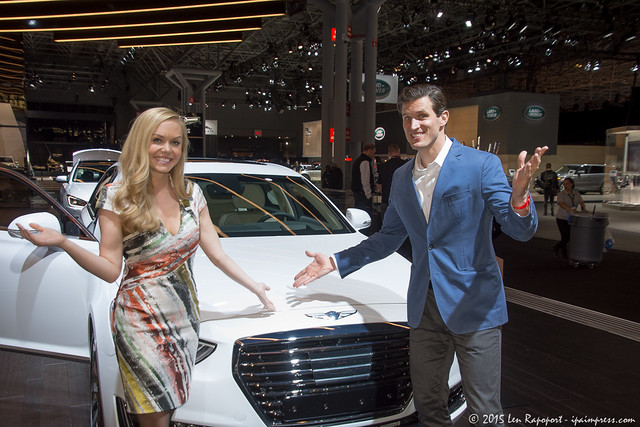 See our coverage of the show on Easter Sunday with the excitement of the public and all the events and presentations at the show.

Other cars we loved… 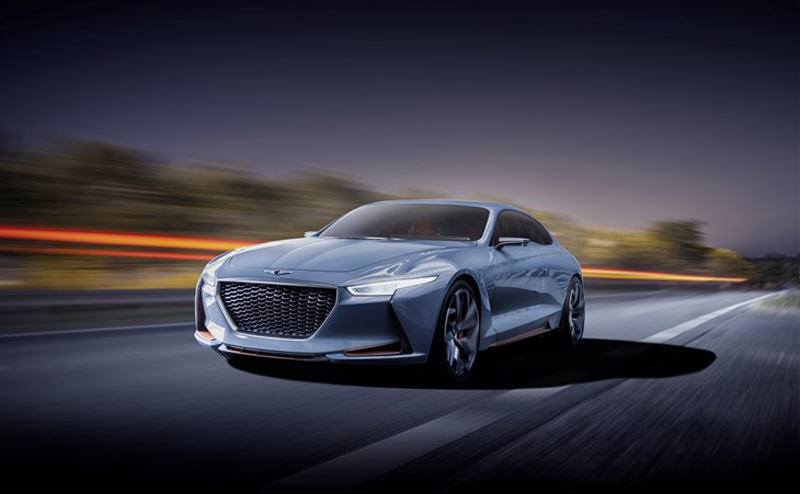 Hyundai’s plans to stratify its lineup, adding models at the top of its range under the Genesis name with distinct styling. “There are definitely plans of products that are going to evolve and take the Genesis name, the Genesis marque, and the Genesis brand in the future,”

The 2017 Mercedes-AMG C63 Cabriolet and its more potent C63 S-spec sibling showcased the hottest takes to date on the new C-Class convertible. Boasting additional power and edgier looks than the new Mercedes-AMG C43 Cabriolet that debuted in Geneva, this drop-top duo expands on the dynamic character of that vehicle to serve up a more scintillating driving experience. More…


The 718 Boxster, has just made its North American premiere, at the 2016 New York Auto Show, following its world debut  in Geneva earlier this month.

Named after Porsche’s four-pot mid-engined racing machines from the 1950s and 1960s, the 718 Boxster ushers in a four-cylinder turbo’d boxer engine era for the series.

Show attendees come to the show to not only shop for their next car or truck, but to see the latest innovations that are available now and will be available in the future.  So Concept vehicles are a special pleasure for those of us that love to dream about what could be.

I loved Toyota’s new three wheel i-Road Concept vehicle meant to used as a rental vehicle similar to the Citibike’s we see rented all over New York City.  The concept is simple, you need basic transportation from the airport to your home or hotel?

Don’t take an expensive cab, rent an i-Road vehicle, return it near the hotel and you are done. Although it is only a concept now, I see this will be a reality in the very near future. More…

Electronics The Future Is Here Now 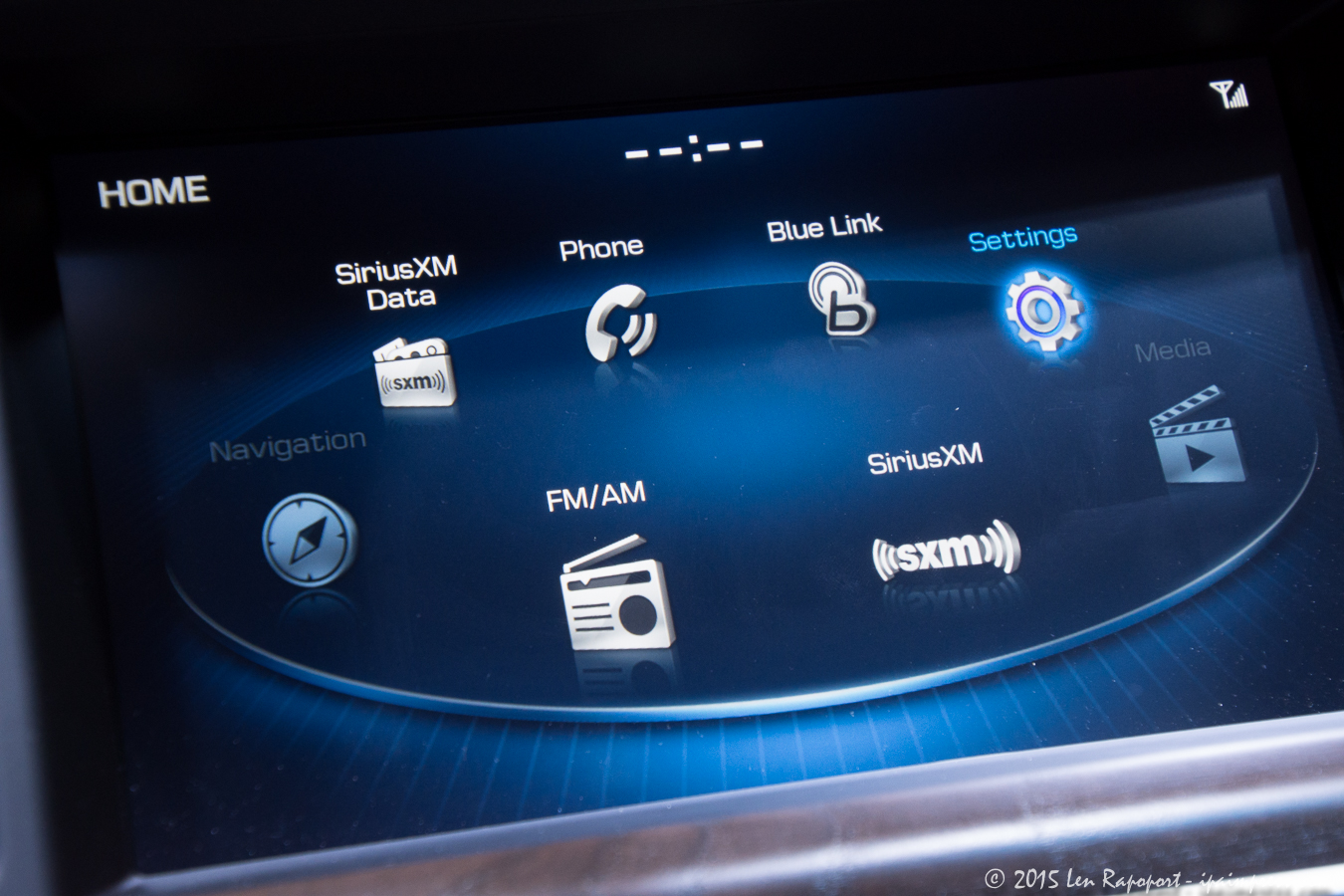 Looking at the interior of many of the new vehicles we noticed even more electronics they ever before.  Not only in the entertainment packages, but in safety and guidance systems.  Many of these new safety features are available now and emergency braking will be in many vehicles this year and in just a few years in most vehicles no matter what price range.

We have seen features like blind spot avoidance and others and have been able to enjoy the expanded entertainment systems that include SiriusXM, BlueLink (blue tooth) hands free-calling, navigation and of course FM/AM radio, but that just the beginning of what is now and what is in the near future.

The interiors of these new cars are simply gorgeous and functional. 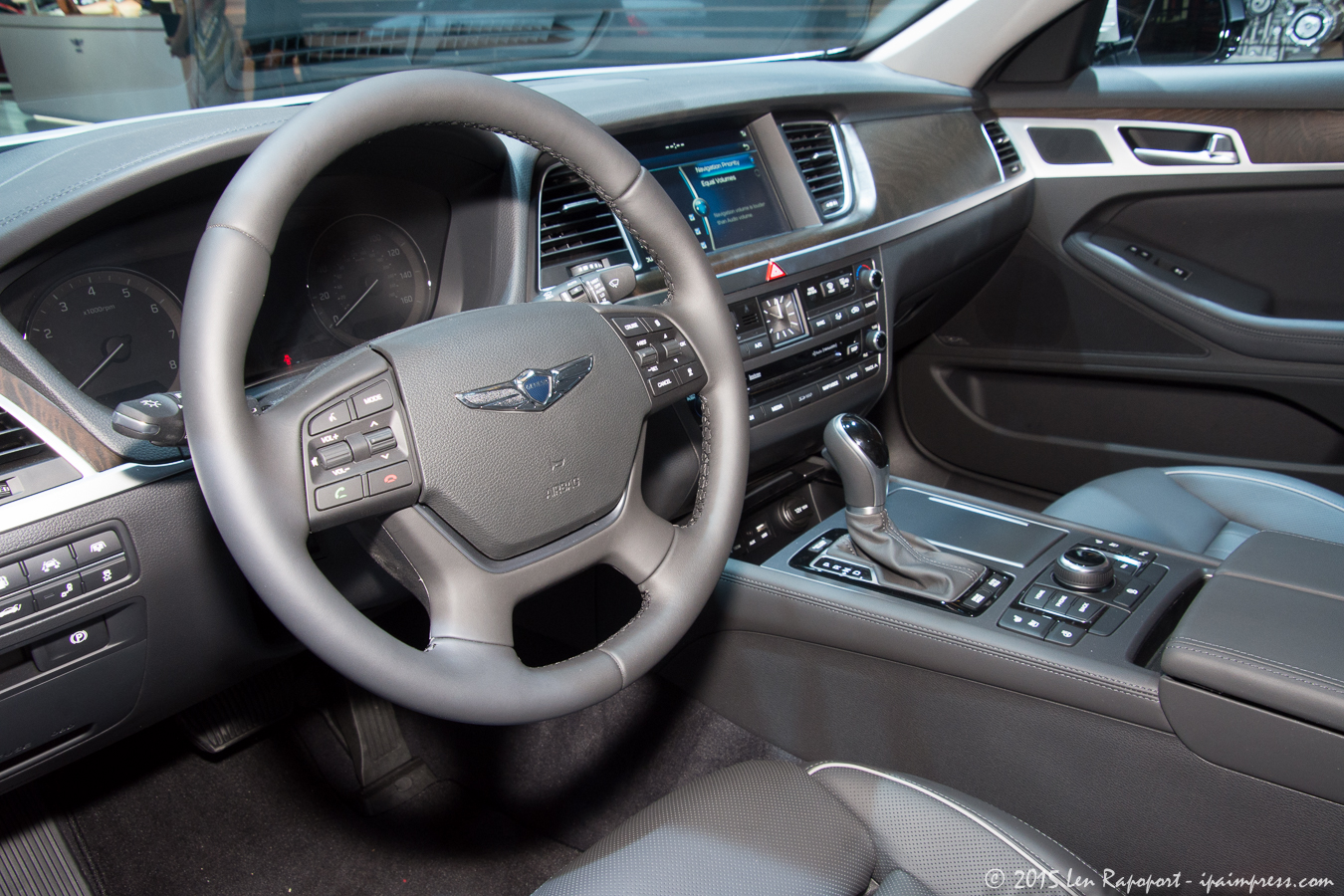 Live Art During The Press Day

We even had an opportunity during the press day to preview live art.  This photo shows a live piece of art. If you look close you can see the vehicle going down the road to the Auto Show is actually a dozen painted bodies put together to form the car. 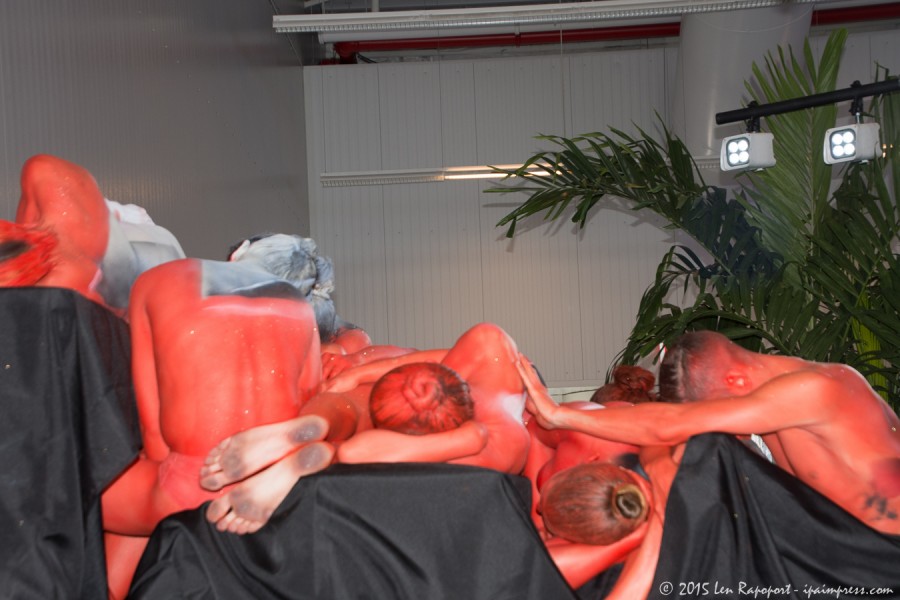 I watched in amazement their almost completely nude bodies as they began to position themselves with the artists direction on the three-step platform.

Not only does this show offer a view of the now and the future, but there are loads of fun for the entire family young and older.  Games for everyone and prizes too.

Presentations from every manufacturer highlighting their newest and future vehicles and technologies. Honda had an amazing presentation.

Visitors had the opportunity to take their own photo.  Then they went to the Dream Machine and shot a puff of smoke, that turned into a smoke ring on its way up to the giant screen and when it hit the screen the photo of that individual showed up on a circle on the screen.  Not sure how they pulled this off, but it was amazing. See more in our photo gallery. 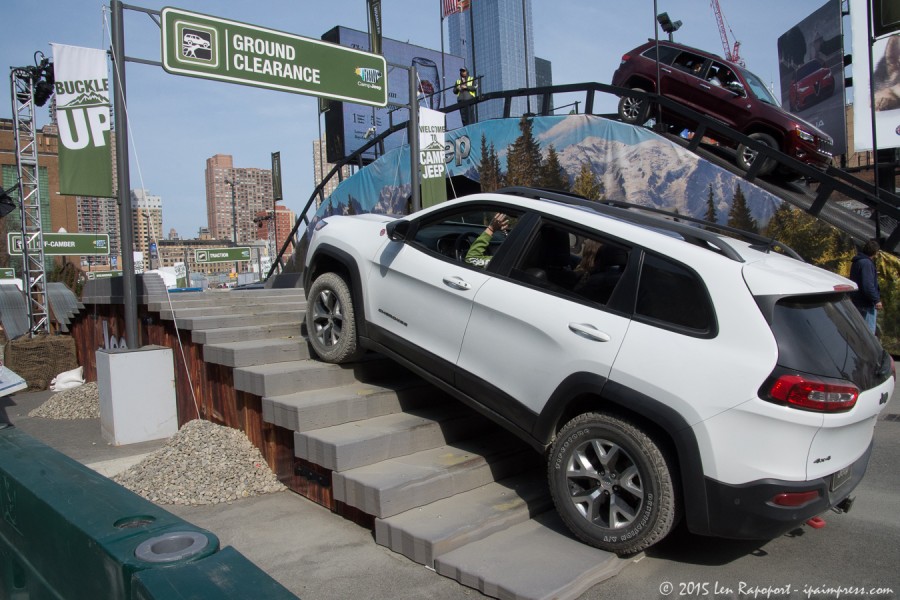