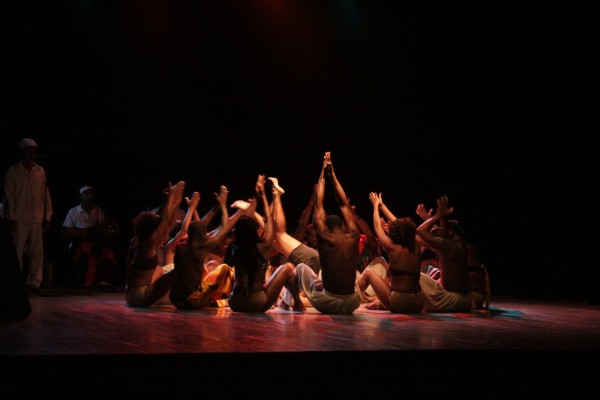 Anyone 50 years and younger does not know a time when Americans were allowed to travel to Cuba and much of this was directly connected to the growth of Communism. Well, many have traveled to Cuba, but not without good reason, or visiting outside the allowable procedures.

Mi novia, Dana Nichols, who holds a Ph.D. in English and who double-majored in English and Spanish with a minor in history, sent a proposal and was accepted to the Twelfth International Symposium on Social Communication in Santiago de Cuba. She discovered that Americans are allowed to travel to Cuba under certain guidelines set out by the Office of Foreign Assets Control (U.S. Treasury). I also looked into these rules and found that with my journalist background I could apply and have a good chance of obtaining a special license for freelance journalism by proposing an article on the conference. Other licenses include visiting family, religious visits, full-time journalists, and several others. Click here for OFAC Guidelines.

Our particular trip’s itinerary included a couple of nights in Havana before taking an in-country flight to Santiago de Cuba where the conference is held by the Centre for Applied Linguistics, which this year celebrated its 40thyear in existence.

This year’s conference was held from January 17-21 mainly at the Teatro Heredia, which is their community center and seems to be well used. Every day buses picked us up at our hotel and would return us after that day’s events, which might include visiting various sites in and around Santiago.

The opening ceremonies were quite entertaining and were held at Santiago de Cuba’s main government building holding administration offices. This building was erected in the 1950s, and Fidel Castro stood on the balcony on January 2, 1959, broadcasting the Revolution’s success. The Cuban Revolution, led by Fidel Castro, was victorious in overthrowing the U.S.-backed Cuban dictator Fulgencio Batista on the day just prior.

The presenters at the conference seemed to be attending in an attitude of sharing knowledge, and the world-wide presence allowed for multiple language presentations, but also, showed the thirst for knowledge of other cultures. While English and Spanish were the most prominent, Japanese, German, Italian, Brazilian Portuguese, and several others resounded throughout the venues. Debate in the sessions was open and questions were not controlled or rejected for content.

The conference’s organizers were very excited about sharing their country and its various treasures including museums, music, old forts, and other implements of the culture. The opening ceremonies included interpretive dance, storytelling, and music of the area.

The cultural portions of the conference took us to the Teatro Marti to experience local interpretive dance, which through the course of the program developed a more modern flare giving it a metaphorical birth and growth motif.

Closing ceremonies were held under the monument dedicated to Antonio Maceo Grajales and did not lack in cultural experience with several musical performances from classical to one of their current pop stars.

My assessment of the conference through my travel to Cuba is that this country is typical of one that believes in their own historical experience, but also one that wishes to grow and become more relevant in the world. This, I believe, is the true intent of the conference and by their openness to opinions outside their contracted world shows a true understanding that education has to be the free expression of ideas in order to learn and grow.

For some useful information click here: FYIs for travel to Cuba