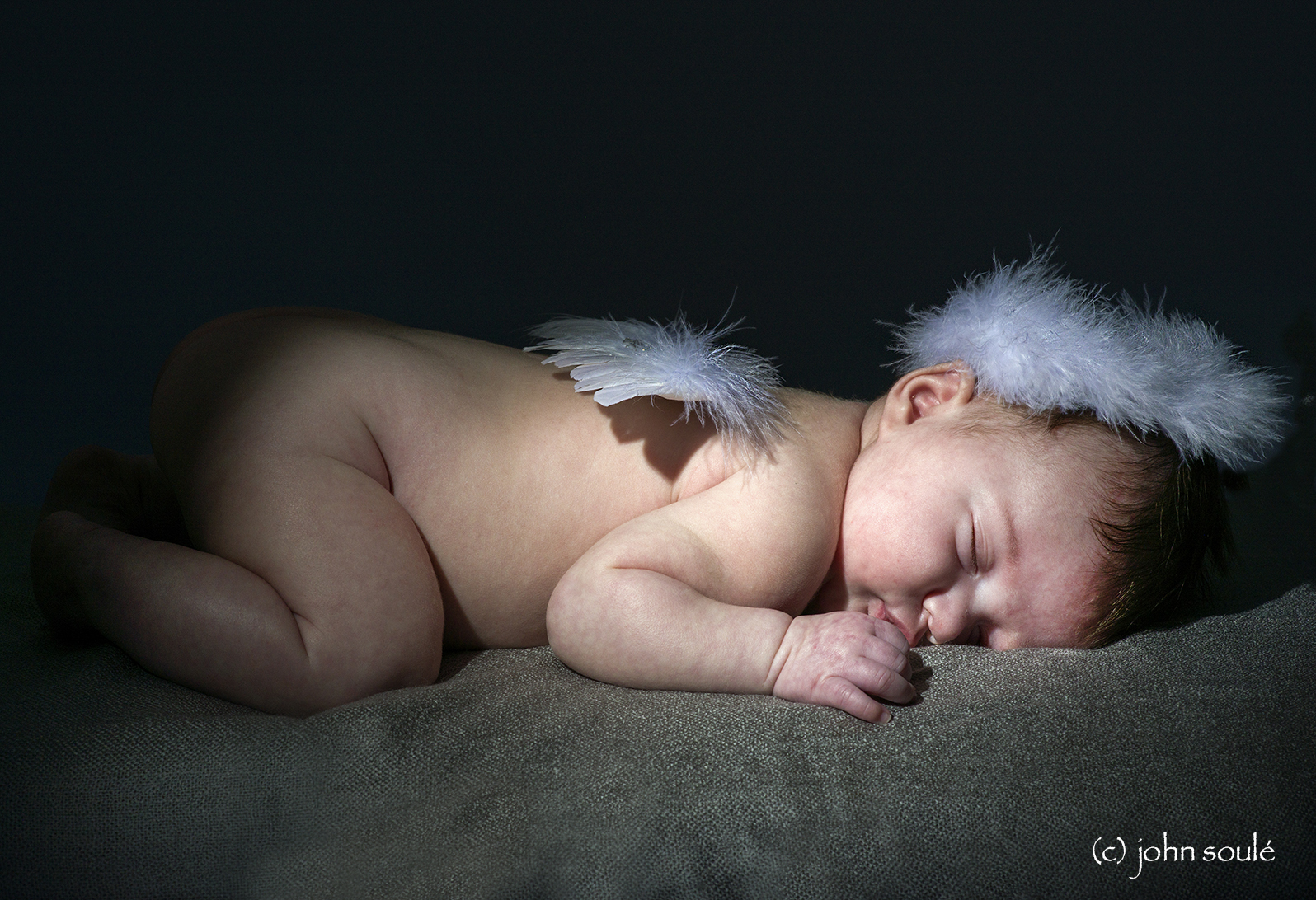 This Quick Tip addresses how to add a little impact to your photographs through controlled lighting. Light has always played a key factor in how an artist captures an image – whether be it in a hand-created image or a photograph.  As a photographer, I often try to view a subject the way a painter would in terms of how best use light.

There are three basic ways of lighting a subject – use existing lighting only, use controlled (artificial) lighting only or use a little of both.  When I refer to ‘existing lighting’, I am referring to what available light is at subject’s location – whether it is from the sun or other light source.  For very natural photographs, it is always better to use existing lighting whenever possible.  And, if you need to add bit of ‘fill lighting‘ from a flash – be sure to not shoot the flash directly at the subject which can cause harsh shadows. Existing lighting will be covered in more detail in a future article.

When I refer to controlled lighting, I am referring to a light source(s) added by the photographer, generally continuous lights, monolights (strobes) or flash units, which can be adjusted in terms of brightness and location.

Controlled light offers the photographer the advantage of being able to control how the subject is lit.  This allows for the artist to express some creativity and bring impact to the image if so desired.  It also means that the lighting of the subject can be made repeatable – which can be a very good thing. In the opening image above, I wanted to had a little impact by controlling shadows and add texture to certain areas. I knew this would not be possible using only available light – now comes a bit of creative lighting from a controlled light source.

To accomplish my goal, I utilized a 10-degree Honeycomb grid added to a studio strobe’s reflector.  The light source was placed at the subject’s left front and a black backdrop added. The Honeycomb grid acted similarly to a snoot by concentrating the light in a tight, focused pattern.  Honeycomb grids come in a variety of patterns, each providing a different dispersion pattern of light.  I should also mention that one of the nice features of using studio strobes is that incorporate ‘modeling lights’ that light the subject in the same pattern as would be in the actual shot. This way one can see the general lighting and shadows BEFORE taking the shot.

For the desired impact in the image above, three light sources were used.  This time a 20-degree Honeycomb grid was selected to give a broader coverage of light (but still focused in a specific area).  A second strobe, with reflective umbrella, was placed at the subject’s right-front to add an even, soft light over the entire image. A white backdrop was added and a flash unit was placed on the floor behind the subject’s head to provide a soothing back glow.  The end result was adding just a touch of impact and dimension to what could have been a rather flat image.  (Of yes, the subject in the two images above is my three-month old granddaughter.) 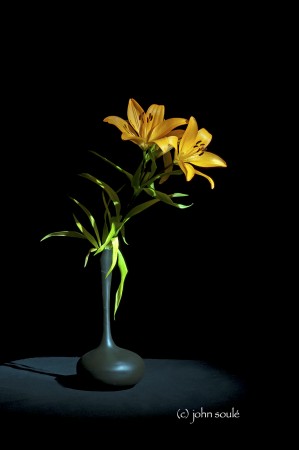 It can also be fun experimenting with various lighting sources and techniques to bring impact to still life photography.

Using a snoot or Honeycomb grid as discussed before, place it high and at an angle above the subject.  This can be very effective in controlling shadows and adding interest to specific areas of the subject. By focusing the light on bright areas against a dark background can give the feeling of dimension.

In the image to the left, note the nice shadows on the leaves and on the table.  The way the shadows break up the image adds texture and introduces points of interest.  For this shot, a snoot was positioned above and to the right of the subject. 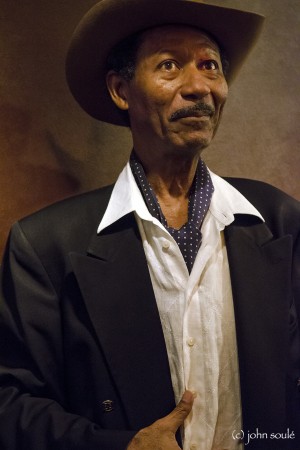 Whenever possible, I like to take candid photos rather than posed ones for portraits.  I find this often captures the individual more naturally.  The image to the right was taken while attending a tour of the American Visionary Arts Museum in Baltimore Maryland.

As the artist was speaking I noted that at times he would be positioned under an overhead light that would add touches of contrasting light to his face.  I felt that, rather than use a flash, the natural lighting would add more impact and better capture the natural details in his face.  The end result was a shot that has a soft, natural appearance and with good depth. The wall in the back was textured leather (what a nice complimentary background).

Although this worked well for this subject, this technique is more difficult to repeat than if controlled lighting was used as discussed before.

I hope this Quick Tip gives you some ideas to try.  Have fun and be creative with controlled lighting to see how it can add a touch of impact to your photographs.