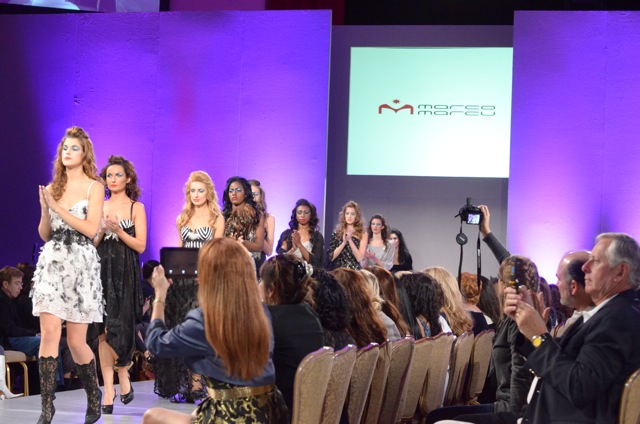 Each year thousands flock to New York for the gala fashion and charity events held in New York’s Fashion district.  Spending many years in the women’s clothing business in marketing, design and sales for a number of leading women’s clothing manufacturers has given me some insight into this industry.  My entire family was involved in the “Garment Center” for many years and the companies I worked for and owned in the 1980’s were in the women’s sportswear area.

I had the honor of working with Perry Ellis before his great fame as a leading fashion designer. We both had worked for Vera fashions, a company producing beautiful print tops for the misses customer.  He was their marketing director (not a designer then) and I was the head of their new large sized sportswear division, Very Vera.  Our collaboration was to create and convert what we could from the Vera Sportswear line into a new large sized line.

It was a blast working with Perry and think back to the many hours we spent together trying to determine the best looking sportswear for the larger sized customers. In the 1970’s  larger women were never offered the same exciting sportswear that the average sized woman was and was only offered half sized dresses, solid colors and clothing that looked like they were designed for their grandmothers.  I am proud to be one of the pioneers that has brought all the new and exciting apparel for the millions of beautiful, large sized woman in the world. 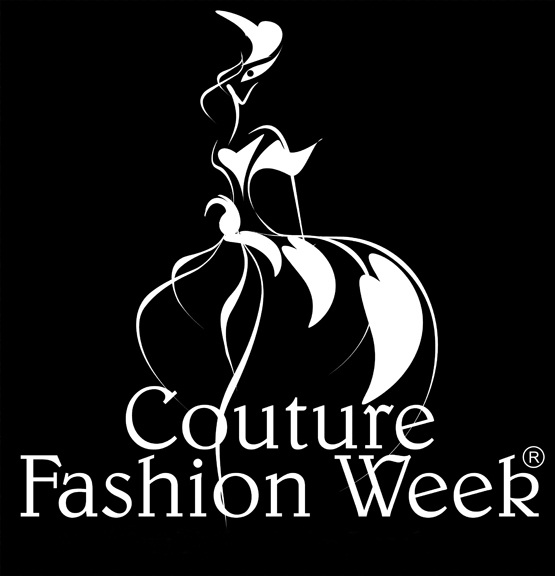 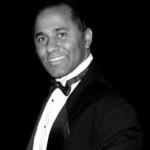 Andres Aquino is a writer, poet, successful entrepreneur, accomplished fine art photographer and internationally recognized fashion designer. He is also the founder and producer of Couture Fashion Week. Understanding the need to offer talented international designers a chance to showcase their work in some of the leading fashion cities in America  he created Couture Fashion Week. For potential fashion models, Couture Fashion Week offers them an opportunity to learn their craft and become part of these events. We did notice some were a bit inexperienced and a bit nervous, but we were happy to see these ingenue’s strutting their stuff at the show.

This series of shows were held in the magnificent and elegant Waldorf Astoria Grand Ballroom in New York City.  Mr. Aquino has run other shows over the past few years in other fashion forward, upscale cities around the country.  This show was indeed a grand event and their staff knew their jobs and were professional and helpful in every way.

Their web site explains what designer collections are being shown and offer attendees a chance to attend what used to be trade, celebrities and the rich would attend.  Now anyone may attend and the cost can run on the low side from  $40 for a one day, one show, general seating pass to $5,000 for a Platinum VIP: 3 Day Pass. This in itself explains why so many designers want to participate in his shows.

Although I have covered many other fashion shows and events, including one of my favorites the Lingerie America’s Fashion Show, which no longer exists, this was my first Couture Fashion show.  I was told the Saturday shows would have a sell out crowd, knowing how the press has limited space and set up facilities, I decided to avoid the crowds and go on their closing day, Sunday.   Since I would not consider myself a fashion expert or professional fashion journalist, although I did work in the women’s fashion industry for many years and even took courses at F.I.T, my role this time was to take some beautiful photos and some video clips of the fashions and give our readers a little insight into this event.

Sunday was a quiet day for the event and although there were hundreds that attended, it didn’t appear to be crowded. Everyone seemed to enjoy the shows and those that opted to attend the parties and after parties I am sure had a grand time.  For those that might look for some experience shooting their own fashion photos, or  photographers and journalists looking to build their professional portfolios and gain experience in covering events, this was a great opportunity to do both.

I was able to set up my gear in the Press area for the first show, but found it was quite restrictive and difficult to get what I really wanted to capture, so when the next show began, I sat in the first row in front of the press area and was able to get many of the images and video you see in my slide show/video.  Not being a paparazzi myself, I find it hard to fight for positions and for the space needed to set up my gear.  Shooting closer with a smaller lens, handheld, gave me better results then with the tripod at the back of the room.

At these shows, you will probably do better with a monopod rather then a tripod (which they won’t allow) if you are sitting in a front row and have a fast lens.  I found my 60mm Macro F2 lens just great and packed all my other gear away.

At the 4:00 PM Show we viewed the collections from Eredappa Hart,  a Nigerian born designer who has mastered the art of combining classic European lines with traditional African Ankara fabrics and luminescent beadwork to create a stunning collection that has become the talk of the fashion world. Her work is magnificent hand work that has gorgeous hand beading which highlights these beautiful fashions.

Switzerlandand. His collection was inspired by the Cinema and he told us he wanted his fashion show to be full of “fun and fancy” which I think you will all agree it was.

Luis Machicao Couture.  Born in Peru this designer began his career at the School of Dramatic Arts.  He later moved on to an eduction in fashion design where he excelled.  After graduation he moved to Paris where he was inspired and encouraged by the many celebrities and socialites he dressed. While showing his own collections in major U.S. cities he decided to make the United States his home.

The  6:00 PM show we viewed the NTDTV’s (New Tang Dynasty Television) Global Han Couture Design Competition winners.  The Han Couture Design Competition is aimed at bringing designs inspired by the 5,000 years of Chinese apparel, that was built on codes of conduct of benevolence, righteousness, courteousness, wisdom and loyalty. It was the highlight of the evening for me and the fashions were indeed breathtaking and inspired.

Marco Marcu – Award winning German designer who’s fashions draw inspiration from such legendary fashion icons as Catherine Deneuve, Marlene Dietrich and Sophia Loren.  He believes that true elegance is without ostentatious effects that detract from an expertly tailored design, the perfect drape of fabric or an impeccable fit. He is noted for his simple cuts with unexpected fabric effects rendered in metallic prints, reptile motifs and trimmings. His designs use the finest fabrics including delicate chiffon, soft denim, silk Jacquard, taffeta and luxurious lace, often embellished with sequins and glossy effects. He also designs bridal gowns, beachwear and accessories.

After these two shows we decided to leave and didn’t stay for the final presentation from Alicat- Avril Lemieux and Remero Bryan. We apologize to them for not being able to stay, but ask you visit their websites to see their works as well. These two designers should have been on first, from what we can see from their collections on their websites, they would have excited the audience with their sexy, bold and a bit outrageous collections.  Of course for me this is the type of fashion I love to shoot.  Looking forward to seeing them in the future.

I personally wish to thank Andres Aquino and his assistant Elaine who was kind enough to allow us to attend the shows and who we have supported over the years on our websites.  Now that we know exactly what to expect, future shows should be a bit easier to cover.