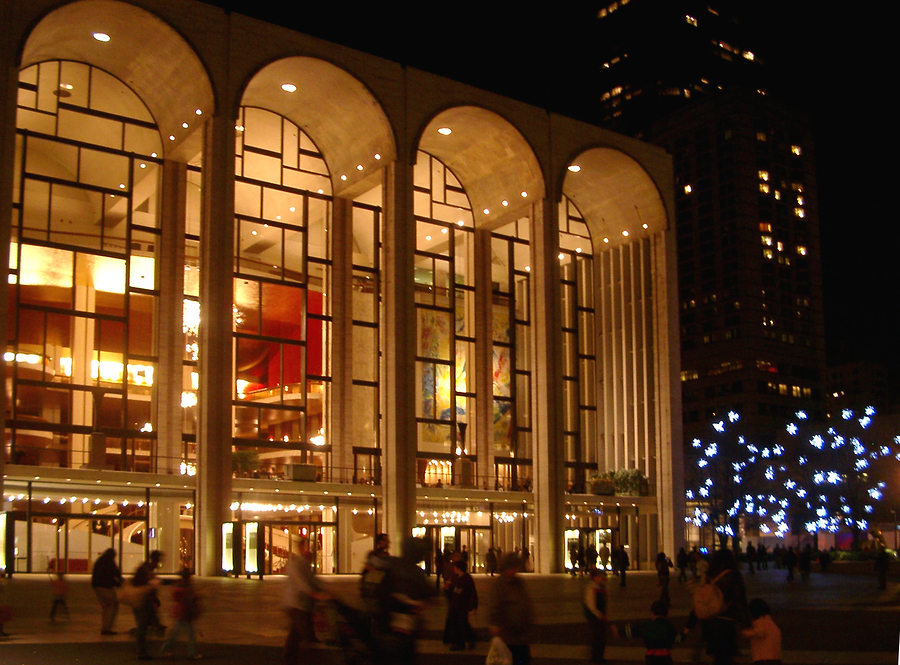 [dropcap]T[/dropcap]his season’s Metropolitan Opera production of Gaetano Donizetti’s L’Elisir d’Amore is a dynamic and dazzling combination of vocal splendor, bright and engaging acting and compelling staging. With the brilliant and unparalleled principal cast of Anna Netrebko as Adina, the farm owner and great beauty; Matthew Polenzani as Nemorino, a youthful villager; Mariusz Kwiecien as Sergeant Belcore; and Erwin Schrott as Doctor Dulcamara, this production is the epitome of the impassioned, yet effervescent and lighthearted comedic opera Donizetti and librettist Felice Romani intended it to be. Set Designer Michael Yeargan and Costume Designer Catherine Zuber immediately transport the audience to the appropriate venue, palette and mood. Conductor Maurizio Benini and Director Bartlett Sher guide the elegant and eventful pace and flow of this bel canto opera with impeccable mastery and spirit throughout, and the entire production is truly outstanding from opening note to finale.

The premiere of this lively opera buffa took place at the Teatro della Canobbiana in Milan on May 12, 1832. A great success, this production brought Donizetti to the forefront as a leading Italian opera composer of the era. In the current Met Opera production, L’Elisir d’Amore is enhanced by the active humor of the characters. Nemorino’s inebriated swaggering and swaying, Adina’s self-possessed, animated flare for movement and dance, and Dulcamara’s solicitous sales pitch for his love potions delivered from a truck-back-podium all enhance the opera’s comedy and delight the audience. 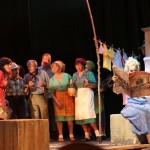 Back in the village piazza, Nemorino encounters Dr. Dulcamara hawking his magic love potions and remedies. Nemorino eagerly spends all his money on an elixir and consumes it. Unaware that the elixir consists of wine, he quickly becomes intoxicated. Changing his tactic, he offends Adina by acting as though he is unaffected by her beauty and charm, and she decides to marry Sergeant Belcore. Distraught, Nemorino seeks the help of Dr. Dulcamara again.

Act II opens with Adina about to enter the chapel where a notary will supervise the signing of the wedding contract. Waiting for the notary’s arrival, she and Dulcamara visit with guests as Adina wonders about Nemorino’s whereabouts. After the bride has entered the chapel, Nemorino arrives and implores Dulcamara to give him another elixir. Since the poor youth cannot afford the love potion, Dulcamara declines and enters the chapel. Adina, however, has refused to sign the marriage contract. Leaving the chapel, Sgt. Belcore encounters the dismayed Nemorino and offers to sign him up for the army and some pay, hoping that the love-sick peasant will leave the scene and stop pursuing Adina. Nemorino agrees to join-up, but has no intensions of leaving the vicinity or Adina behind.

The same night, the village women are gossiping about Nemorino’s good fortune. Since his sick uncle has died, he now has inherited wealth. Nemorino, however, is still intoxicated and unaware of his uncle’s death. Dulcamara tells Adina that the peasant has joined the army so he can afford to purchase an elixir of love to enhance his attractiveness to the woman of his affections. Realizing that Nemorino is in love with her, Adina changes her attitude. Falling for him, she buys his enlistment contract and informs him that he is free from service. Having rebuffed one another’s advances previously, the pair now openly reveal their feelings of love and embrace. Adina apologizes to Sgt. Belcore for her sudden change of heart, and he diplomatically comments on the abundance of available women in the world. Meanwhile, Dr. Dulcamara capitalizes on Nemorino’s successful love story to sell quite a few bottles of elixir before leaving town.

Outstanding in Act 2 is the Barcarolle for Two Voices, Io con ricco e tu sei bella (I’m rich, and you are beautiful), sung by Dulcamara and Adina in Scene 1. Scene 2 brings the famous aria, Una furtiva lagrima (A furtive tear), sung by Nemorino, and Prendi, per me sei libero (Take it, I have freed you) from Adina. 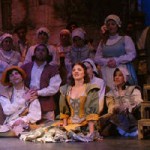 Throughout the opera, soprano Anna Netrebko takes command of the performance, the stage and her role as the beautiful, beguiling, playful and at will, manipulative, Adina. She convinces us that she is, indeed, a wealthy, self-possessed and highly desirable woman, but that she also has a heart. The dazzling range, capabilities, color and brilliance of her voice define this production as, without question, one of the sparkling heights of this season’s operas at the Met.

In the role of Nemorino, tenor Matthew Polenzani brings the bright, shimmering ring and sigh of emotional transparency and variance to life as his character vacillates among the myriad tonalities along love’s course. He moves easily from serious to comedic and back, skillfully transporting the audience along his rollercoaster ride between passionate declarations of love and total depths of dismay at his lack of success.

As Sgt. Belcore, baritone Mariusz Kwiecien commands with resounding and resplendent gallantry, his agility of voice easily accommodating the story’s shifts and balances from serious moments to the comedic designs characteristic of opera buffa. His ardent advances to Adina appear just as true to life as does his easy, non-objecting departure from them in the end.

Bass Erwin Schrott brings a strongly authentic and quite convincing portrayal of Dr. Dulcamara to the production. His rich, resonant delivery creates great vocal depth and dimension of character, and his highly accomplished control of subtle tonal nuances and color-edged phrasing complements and enhances the definitive qualities of this opera’s libretto and score, reminding us of its prominence and value in the history of Italian and worldwide opera.

Gaetano Donizetti’s life story is one of poverty to celebrity, in keeping with the romantic sensibilities of his era. He created scores resplendent in expressive dynamics with elegant, seductive melodies. His inspiration and genius were formed by the riches and depravation he experienced and understood so well in life. As one of the most often performed and popular of Donizetti’s operas, L’Elisir d’Amore continues to ensure the composer’s ongoing acclaim as one of the world’s leading opera composers.