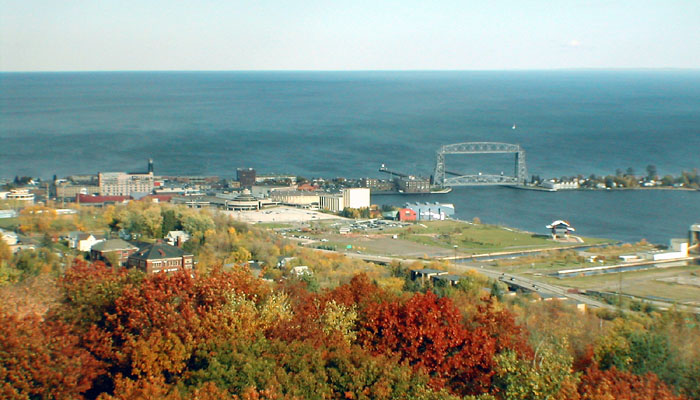 [dropcap]T[/dropcap]he power of observation takes many forms. It can never be overrated or understated. The simplistic beauty of a sea view, towering pines of a forest and a city skyline all offer up splendid scenic beauty with the naked eye.

Duluth, Minnesota, situated on the shores of Lake Superior, provides its own scenic sights from the Enger Observation Tower. The tower’s purpose was – and is – to delight visitors with its magnificent panoramic views of central Duluth, the Duluth-Superior Harbor, the North Shore, and the western tip of Lake Superior. 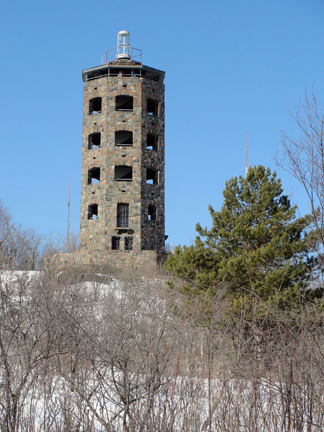 As I hiked up the steep incline one sunny March afternoon, sidestepping piles of frozen ice and snow slowly melting into spring, I marveled at the stunning views in all directions. This area of Minnesota is already beautiful – the gateway to the famed North Shore – but at the tower summit, it truly was a majestic sight.

The stone tower itself was rugged in its own right as if knowing it needed to withstand the test of time through brutal Minnesota winters and the unforgiving weather systems that swirl over the shores of Lake Superior. Brimming with cut window openings throughout the six-story tower, every angle offers a unique view. On the ground level inserted into the wall next to the stairway is the Enger Observation Tower Marker dedicated to the memory of Bert J. Enger – Native of Norway, Citizen of Duluth.

The Enger observation tower story is that of a common immigrant laborer, Bert J. Enger, who left a legacy fit for royalty to the City of Duluth over an eight-year period.

Born in Hamar, Norway in 1864, Enger immigrated to the U.S. at the age of 13, although records do not indicate if he journeyed alone. He traveled the Midwest working on farms and sawmills in Wisconsin, iron mines in Michigan and northern Minnesota, and the wheat fields of the Dakotas. At some point, he lived on a farm in small town Pine City, Minnesota, approximately 88 miles south of Duluth. It was here that Enger met a business partner, and the two opened a successful furniture store in Duluth.

The former immigrant turned U.S. citizen, demonstrated through his own life, what so many immigrants fought for and believed in: America was a land of opportunity for an immigrant.

In 1920, Enger anonymously donated $50,000 to the City of Duluth that it might purchase 350 acres of land for a proposed golf course and park for public use. Discovering Enger was the benefactor, Duluth’s city council named the park after him. He continued to share his fortune with the city over the next decade.

Enger, a lifetime bachelor, suffered a stroke and died in 1931 at the age of 67. His estate, which he had divided into thirds, bequeathed two-thirds toward a memorial project (Enger Tower), which Enger stipulated was to be “a suitable building on top of the bluff near the Twin Ponds in Enger Park, in the nature of a lookout station, built to accommodate tourists visiting Enger Park.” Around the structure, he directed that “the grounds be beautified and foot paths from all directions leading up to the building on the hilltop be constructed, and a parking space for automobiles be constructed below the paths. The paths are to be accessible to pedestrians only.” 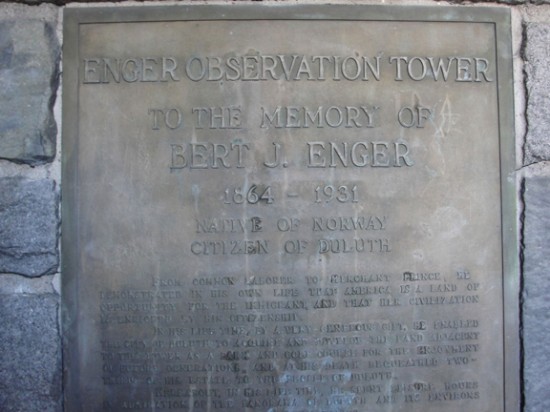 Enger further stipulated that his body be cremated and the ashes placed somewhere in the memorial building. His wishes were granted. Enger Tower was completed in 1939 and dedicated in June that year by Olav, Crown Prince of Norway and his wife Crown Princess Martha, honoring the native Norwegian whose vision and life in America proved that life indeed held enormous opportunities for immigrants. As a fitting testimony, more than 5,000 people attended the dedication.

Should you find yourself in the Twin Port city, regardless of the time of year, plan a short hike up to Enger Tower – open year round – and capture for yourself the breathtaking views.