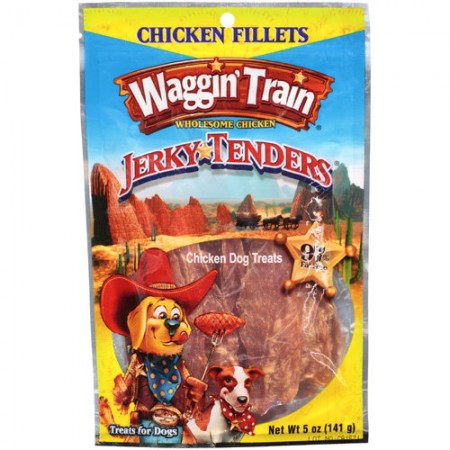 I have been purchasing the Wagon Train strips at Costco for my dog for a number of years. I realized they were too hard and had sharp edges and would be dangerous to feed my 14 pound dog this way, so I decided to soften them up.  There package does suggest that you can soak them in water to soften them, but I boil them in hot water in a microwave for 5 minutes instead.  Then I spill the water out, wait until it cools and cut them up into small pieces with a large kitchen scissor I have and place them in a zip lock bag and put them in the refrigerator so they don’t spoil. 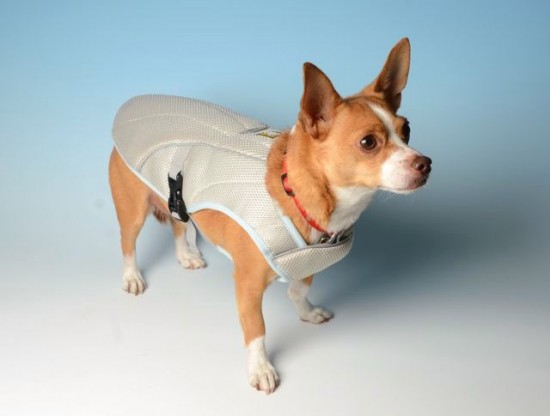 Although I have noticed my dog will have diarrhea from time to time,  it might be because I gave him too much that day. As you will see from the Wagon Trains website and statement, this can happen by overfeeding these to a small dog.  I try to stay away from processed dog foods because I have found you can’t always trust the safety or nutritional claims made my many of the manufacturers. I decided two years ago after talking to a learned vet that I would go that extra mile and make my own wholesome food for my dog.

You can see my complete article and video on making Georgie Meatloaf and how you too can keep your dog healthy feeding him or her my recipe.  I use only the freshest natural meats (ground turkey, lean beef and at times lean pork), eggs, vegetables, fruits and brown or white rice. I may have to pull the rice after reading reports in Consumer Reports about the high levels of formaldehyde found in all rice, especially brown rice.  It seems that the chemicals used in growing this crop and the land they are planting on, is high in toxic chemicals.  I may have to grow my own rice soon to be safe.

I have seen so many warnings about the chicken strips I may just have to return them to Costco.  I can only hope that my boiling these strips in the microwave would not only kill any harmful bacteria of diseases in the strips, but also prevents the hard sharp pieces from cutting the dogs digestive system as they travel from their esophagus to their rectums. Bleeding at the rectum is one of the complaints you will hear about in the video. Of course they claim there are no harmful chemicals in this product, but one can’t be too sure and boiling in water can’t eliminate these harmful trace chemicals.

I would advise anyone that continues to feed their dogs these treats to do as I did and be sure to place them in a large bowel of water and heat it in the microwave for a minimum of 5 minutes to minimize some of these risks.  I for one will have to try to find a replacement if at all possible.  My dog loves them.

Note: Wagon Train also produces Duck Jerky and as of right now I haven’t seen any warnings about this product, so I may try it to see if he will eat it and then watch for any warnings regarding this product as well.

Visit Their FAQ’s page to Find Out More 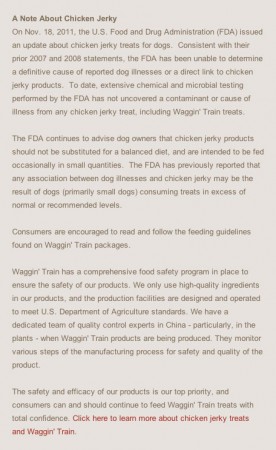 The Food and Drug Administration (FDA) is again cautioning consumers that chicken jerky products for dogs (also sold as chicken tenders, strips or treats) may be associated with illness in dogs. In the last 12 months, FDA has seen an increase in the number of complaints it received of dog illnesses associated with consumption of chicken jerky products imported from China. These complaints have been reported to FDA by dog owners and veterinarians. 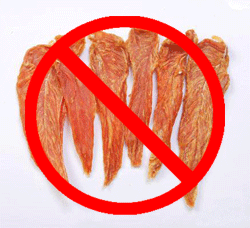 FDA issued a cautionary warning regarding chicken jerky products to consumers in September 2007 and a Preliminary Animal Health Notification in December of 2008. After seeing the number of complaints received drop off during the latter part of 2009 and most of 2010, the FDA is once again seeing the number of complaints rise to the levels of concern that prompted release of our earlier warnings.

Chicken jerky products should not be substituted for a balanced diet and are intended to be fed occasionally in small quantities.

FDA is advising consumers who choose to feed their dogs chicken jerky products to watch their dogs closely for any or all of the following signs that may occur within hours to days of feeding the products: decreased appetite; decreased activity; vomiting; diarrhea, sometimes with blood; increased water consumption and/or increased urination. If the dog shows any of these signs, stop feeding the chicken jerky product. Owners should consult their veterinarian if signs are severe or persist for more than 24 hours. Blood tests may indicate kidney failure (increased urea nitrogen and creatinine). Urine tests may indicate Fanconi syndrome (increased glucose). Although most dogs appear to recover, some reports to the FDA have involved dogs that have died.

FDA, in addition to several animal health diagnostic laboratories in the U.S., is working to determine why these products are associated with illness in dogs. FDA’s Veterinary Laboratory Response Network (VLRN) is now available to support these animal health diagnostic laboratories. To date, scientists have not been able to determine a definitive cause for the reported illnesses. FDA continues extensive chemical and microbial testing but has not identified a contaminant.

The FDA continues to actively investigate the problem and its origin. Many of the illnesses reported may be the result of causes other than eating chicken jerky. Veterinarians and consumers alike should report cases of animal illness associated with pet foods to the FDA Consumer Complaint Coordinator in their state or go to http://www.fda.gov/petfoodcomplaints.

The FDA and Costco finally put an end to Waggin Train Chicken Jerky for dogs and it should have been done years ago.  Off the shelves and replaced now by Duck Jerky for dogs, also out of China.  I did purchase a bag, but after giving it some thought, will discontinue the use of these Chinese poultry products because there is no guarantee these poultry products for pets from China are safe.

Costco has replaced Waggin Train Chicken strips with another brand, also from China, so as far as I am concerned even though the new ones are much thicker and have no sharp edges anymore, I still can’t be sure they are safe.  The new ones look as if they are now ground chicken, put into a mold and dried or baked, so they are all uniform in appearance with no sharp edges.

Purchase these Chinese pet products at your own risk.