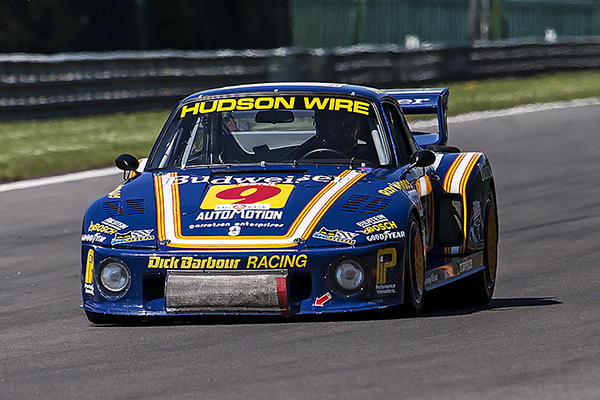 Porsche is undoubtedly one of the brands that makes a car fan’s heart beating faster. The German manufacturer has a long history in both production cars and motor sports. One of the most remarkable sports cars ever built is the immortal Porsche 935. The immortal Porsche 935 still lives on in the memories of motor sports enthusiasts across the globe. Despite the fact that the car was originally developed during the mid seventies it is still a crowd magnet in classic motor racing events throughout the world. 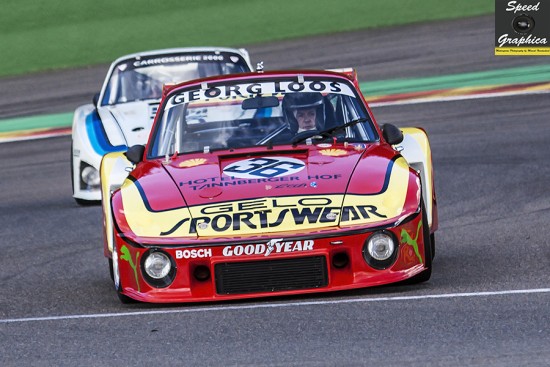 In this article we feature the history and development of the Porsche 935 and its variants.

Impressive as the 935 was thinking about it’s presence, size, power and sound it was even more impressive that this beast originally was based on a standard Porsche 911 road car.

However taking a closer look the position of the driver was extraordinary, as well as the size of the steering wheel, gear shift and the boost controller to adjust the turbo pressure. 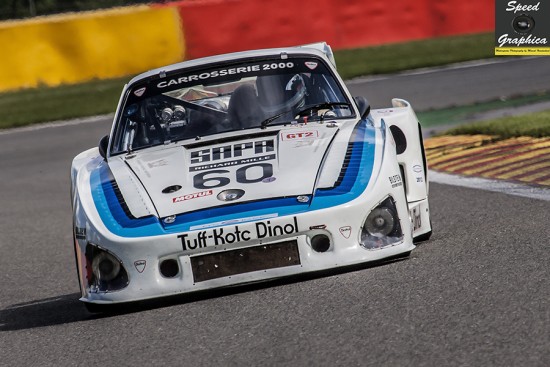 As a driver you needed special driving skills as the 935 wasn’t the easiest car to drive as quickly as possible.

Equipped with a big six cylinder boxer bi-turbo engine producing around 750 break horse power directly in the back of the driver, the car loved big tracks like Le Mans including long straights.

The car could only be compared with the legendary Porsche 917/10 or 917/30 as overtaking was easier than attacking a curve.

One of the early problems was the corner speed. The 935 was in comparison to sports cars extremely slow when entering curves. But when the driver positioned the beast in the right direction to exit the corner it launched like a rocket. 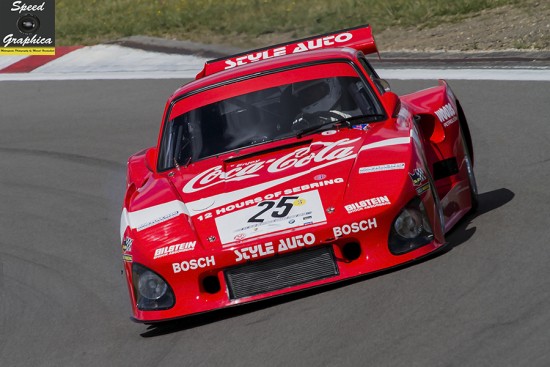 Norbert Singer, Porsche´s chief engineer was given the task of developing the highly succesful Porsche 911 road car for racing.

In doing so Singer created eventually what would be the most succesful customer race car that Porsche ever produced, the Porsche 935. Singer build the 935 around a 911 Carrera chassis but changed the position of the driver and steering column. 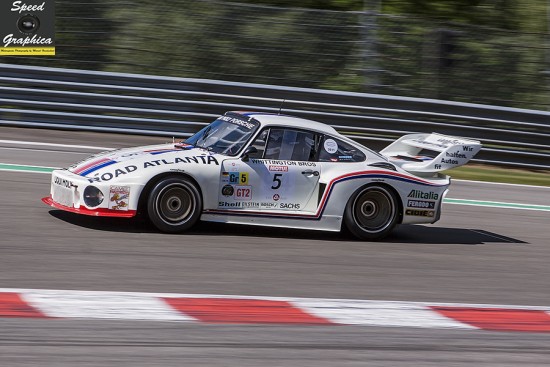 He used special Bilstein shock absorbers and titanium springs and brakes that resembled those Porsche used on their 917.

Singer used a 3 litre Carrera engine adjusted the displacement to 2.857 cc and by multiplying the 1.4 FIA turbo rate the engine displacement reached 3999,8 cc. 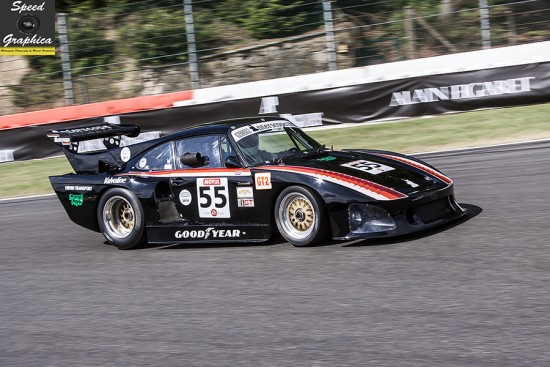 For the 1976 season two cars were produced; the original chassis was initially used for development but Porsche decided to race both of the cars to score points.

Belgian Jacky Ickx and German Jochen Mass were to drive the first 935 during its debut in Mugello, scoring a demanding victory in the first race.

Their second consecutive victory scored during the second race in Vallelunga proved to be even more smashing.

Porsche’s 935 crossed the finish line first no less than 15 laps earlier as the second placed BMW. 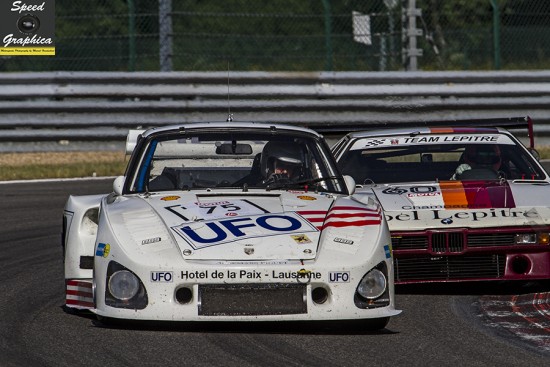 The impressive performance of the Porsche 935 saw privateer teams showing a great deal of interest in the car. Amongst the first privateer teams were the Kremer brothers and Georg Loos.

Next was the Porsche 935-77, featuring a new suspension, two small KKK turbo chargers and a remarkable larger water/air intercooler.

The new configuration proved to be powerful creating no less than 630 bhp. Porsche dominated the German DRM championship in division 1 open to silhouette cars with engine capacity over 2000 cc. German media in those days concentrated on ever lasting fights between Ford and BMW but rarely mentioned Porsche’s domination within the bigger division. 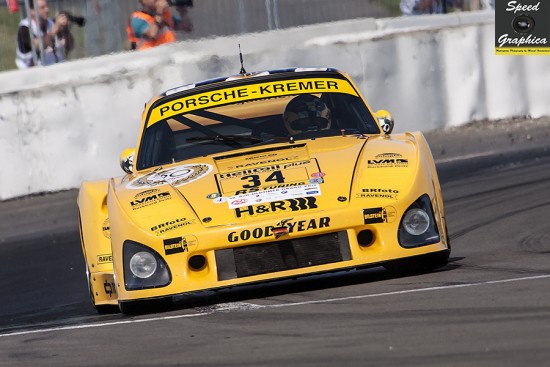 In the end Porsche decided to build a 2.0 litre car known as Porsche 935-2/Baby.

The car debuted on June 30th at the Norisring but Porsche didn’t get the success they expected. Almost mid-race Jacky Ickx had to retire. 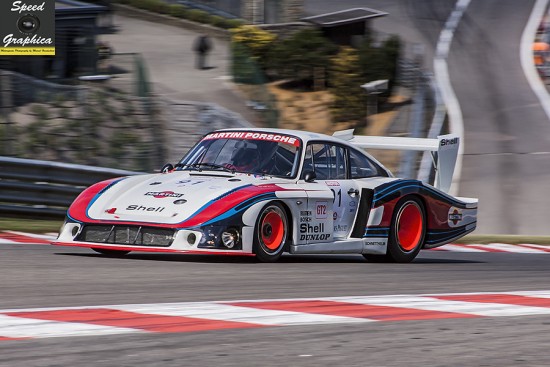 During the next race at the Hockenheimring Porsche showed the true character of the 935-2-Baby as Belgian Jacky Ickx dominated the race and claimed a demanding victory over the Group 5 BMW 320i of Marc Surer, Manfred Winkelhock and Eddie Cheever.

In the end it turned out that Porsche didn’t intend to use the car for the rest of the season. The 935-2/Baby found a place in their own museum.

Before Porsche decided to withdraw from motor sport the company presented the ultimate expression of what started as the Porsche 911. 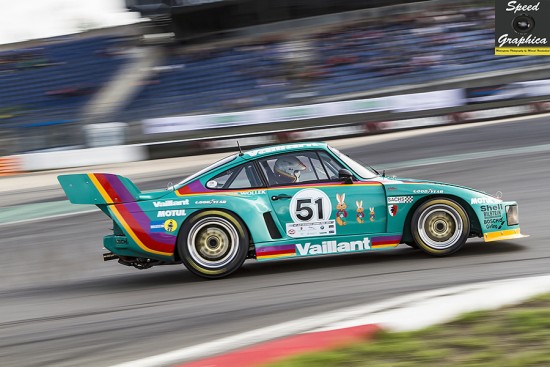 Norbert Singer acted once again as Porsche’s chief engineer and designed a radical evolution of the Porsche 935 featuring a larger size and huge overhangs.

The car was nicknamed ‘Moby Dick’ as it resembled a whale. The Porsche 935/78 was the third and final version of the 935.

Porsche decided to part with their long tradition of air-cooled engines and introduced water-cooled cylinder heads in the 935/78 engine.

Singer used a brand new 3200 cc 6 cylinder boxer engine featuring four valves per cylinder including two small turbo’s. Although the weight increased to 1030 kg, it wasn’t a problem for Porsche as the car generated a high top speed on the long Le Mans straights. 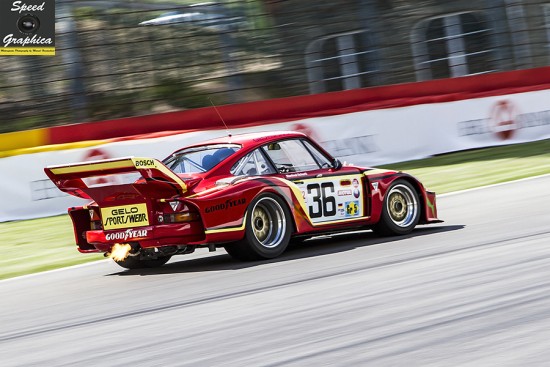 Singer replaced the floor and lowered the car by 75 mm. Both front and rear panels were redesigned allowing the car to reach a maximum speed of 366 km/h.

The 935/78 was designed to enter the Le Mans 24 Hours race and despite the higher weight of the car, the new engine produced up to 845 break horse power, enough to reach top speed on the Mulsanne straight!

Although it set the fastest lap time amongst several sports cars, the car was hit by engine trouble and finished in eighth spot. Before the car was moved to the Porsche museum it appeared in Vallelunga in Italy and on the Norisring in Germany.