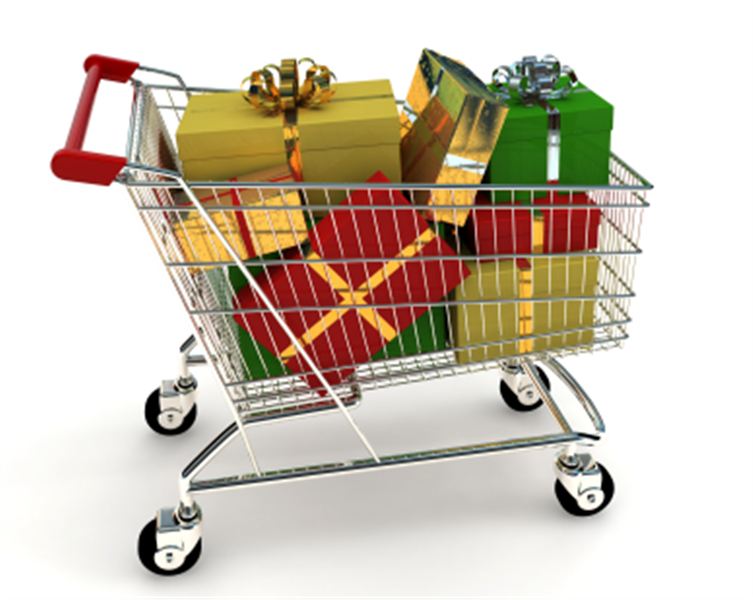 [dropcap]H[/dropcap]oliday shopping—with its long checkout lines, sold-out must-haves, credit-card snafus and gift-wrapping marathons can take its toll on even the most patient consumers.

“In the frenzy of the holidays, even disciplined shoppers might spend too much or make poor gift choices,” said  Noreen Perrotta, editor, Consumer Reports Money Adviser.  “Steering clear of common holiday shopping pitfalls can help you get through the season in good cheer and with your finances intact.”

The experts at Consumer Reports Money Adviser have compiled their best shopping advice to help shoppers get through their gift lists in the smoothest and least-costly way.

Here are some of the tips. The full story is available at: http://www.consumerreports.org/cro/money/shopping/shopping-tips/holiday-shopping/overview/index.htm

1. Come up with a number. Decide how much you’ll spend then add a bit more to that figure. Surveys by the Consumer Reports National Research Center conducted before and after the holidays have found that American typically spend more than they expected. After the 2009 holiday season, shoppers said they spent $811 on average—16 percent more than they had planned. In your spending estimate, include the holiday tips you gave to service providers such as the house cleaner or dog groomer, as well as gifts for party hosts. Check out Consumer Reports’ tips on holiday tipping.

2. Plan your time. For a more efficient buying excursion, shop alone. And forgo the ordeal known as Black Friday, the day after Thanksgiving. Attempting to snag a door-buster bargain on Black Friday can be an exercise in frustration, with little chance of a rain-check for that missed deal. Don’t worry: You’ll probably find similar deals later without the crowds.

Night owls catch the worm as often as early birds during December, when many chain retailers extend their hours and sometimes offer “flash” in-store sales at odd hours. Last year 14 Macy’s stores, mainly in the Northeast, were open 83 consecutive hours, from 7 a.m. on Dec. 21 to 6 p.m. on Dec. 24, while other outlets stayed open until 2 a.m., leading up to Christmas.

3. Shop at highly rated retailers. In Consumer Reports’ December report on where to buy electronics, Amazon.com, BHPhotoVideo.com, Crutchfield.com, and Newegg.com all received strong marks across the board from readers who responded to CR’s annual electronics retailer survey. Those four were also standouts for shipping and home delivery. Overall, online merchants did better than walk-in retailers, even for big-ticket items like TVs. For walk-in stores, independent retailers topped CR’s ratings. Apple Store, Costco and Staples also got high scores.

4. Try haggling. Just 13 percent of the electronics shoppers in CR’s latest survey said they tried haggling for a better price at walk-in stores. But those who did saved an average of $82. Shoppers saved a median of $105 on televisions, $53 on digital cameras, and $43 on DVD/Blu-ray players. Four in five hagglers successfully negotiated the price of their purchase at HHGregg, P.C. Richard & Son, and independent walk-in stores. At Best Buy and Sears, at least three in five hagglers shaved dollars off the prices they paid. Though few try, online shoppers can also haggle for a discount. CR’s electronics survey found that nearly three of five were successful in scoring a price break. A third of them negotiated with a retailer by phone vs. 29 percent through e-mail messages and 13 percent by online chat.

5. Pay with cash.  Shoppers who pay with credit cards spend more on holiday gifts than those who don’t, according to CR surveys. In the 2009 holiday season, those who used credit cards spent an average of $896 for gift purchases, considerably above the total average gift expenditure of $811. Stores don’t have to pay a transaction fee for cash purchases, as they do with debit and credit cards, so you might be able to get a discount if you pay with cash, particularly on big-ticket items.

6. Ship free. Online shoppers can stay on budget by taking advantage of free shipping offers, many of which are listed at FreeShipping.org. The site also sponsors Free Shipping Day (www.freeshippingday.com) —on Dec. 16th—one of the last opportunities for online shoppers to get free shipping from popular retailers for delivery by Dec. 24. Merchants that have signed on include the Apple Online store, Bed Bath & Beyond, Cabela’s, eBags, Kohl’s, Lands’ End, REI, Zales, and Ghirardelli and Godiva chocolatiers.

7. Think ahead and make returns easy.  CR’s holiday surveys have found that less than half of adults usually give gift receipts, half don’t check a walk-in store’s return policy before buying, and more than a third don’t check online retailers’ policies.

Including a gift receipt is a courtesy for your gift receipt and most retailers offer them. Stores usually allow 90 days to return most items but might have shorter periods for electronics, software, CDs, and DVDs. Retailers often impose a restocking fee for electronics—typically 15 percent of the product’s cost. But Sears also charges restocking fees for sporting goods and other merchandise.

Consumer Reports Money Adviser is a monthly, subscription-only newsletter that answers tough money questions and provides expert financial advice. Its proven information and successful strategies can make any financial decision an easy one. Each month, CRMA provides feature articles and helpful investment, savings, and spending advice that will help prepare consumers for anything life may bring them. For more information visit: www.ConsumerReports.org.

Consumer Reports is the world’s largest independent product-testing organization. Using its more than 50 labs, auto test center, and survey research center, the nonprofit rates thousands of products and services annually. Founded in 1936, Consumer Reports has over 8 million subscribers to its magazine, website and other publications. Its advocacy division, Consumers Union, works for health reform, food and product safety, financial reform, and other consumer issues in Washington, D.C., the states, and in the marketplace.