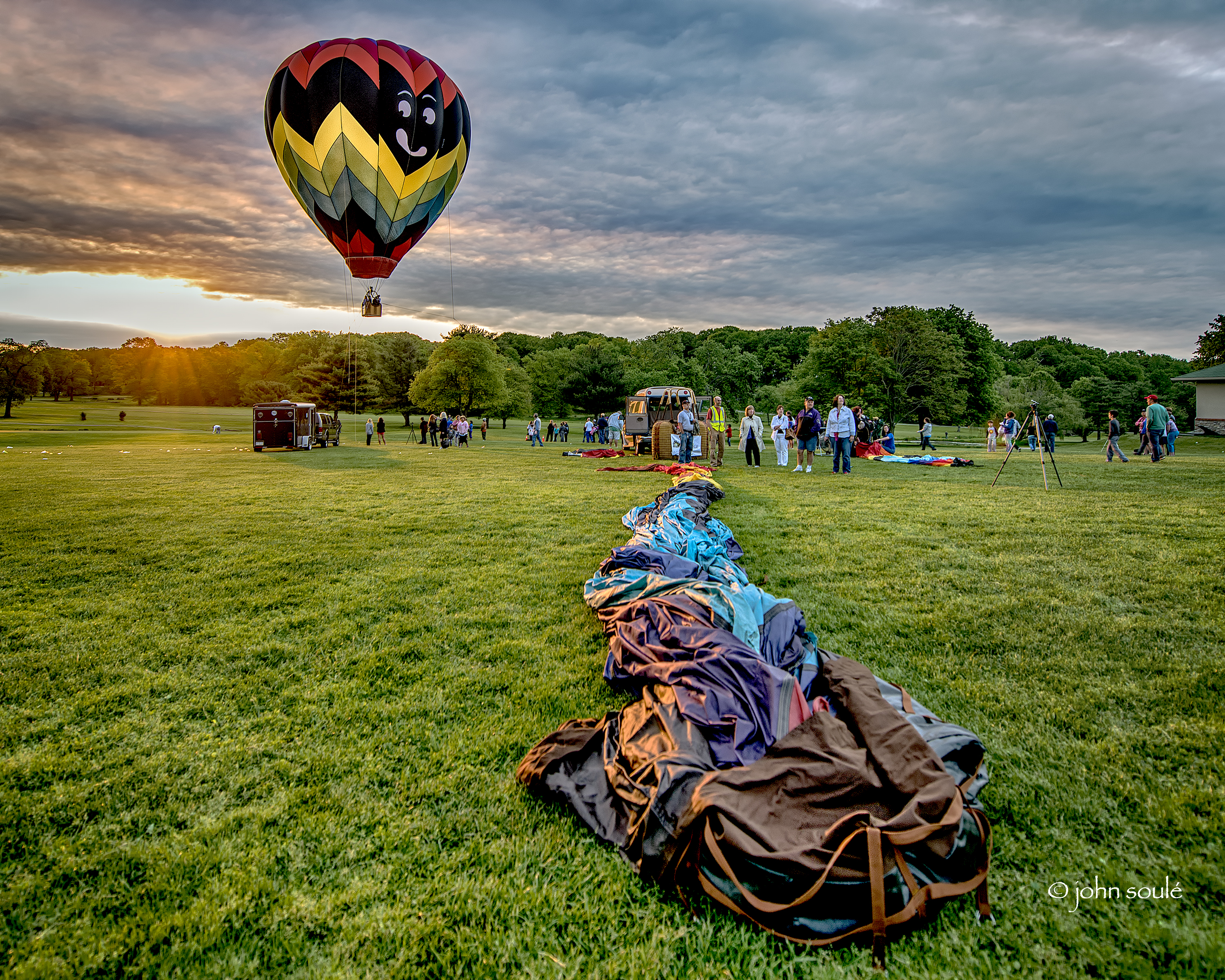 The Preakness Celebration Hot Air Balloon Festival, tagged ‘the sky’s the limit with Turf Valley’ was held in May in Ellicott City Maryland, just outside of Baltimore in Maryland.  The event is part of the pre-celebration of the Preakness horse race held at Pimlico Race Track in Baltimore each year and is part of the ‘triple crown’. 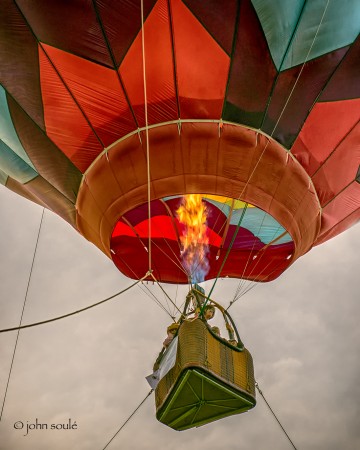 Some of the teams had driven more than seven hours to be part of this event – which included two new speciality shaped balloons: Stinkey the Skunk and the Purple People Eater.

In all, over twenty hot air balloons participated this year to record-breaking attendance.

A very special part of the event, and a crowd pleaser for sure, is called Balloon Glow as the light from the fire that heated the air in the balloon which caused the entire balloon to glow against the night sky. A truly amazing site to behold as the sky is lit by these ‘floating lanterns’. 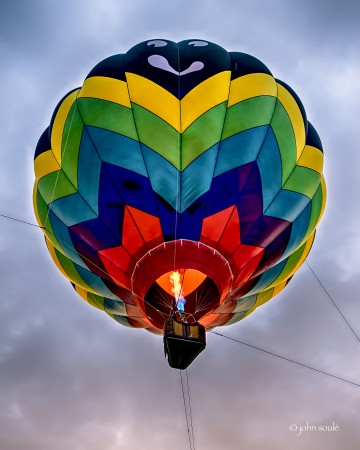 The event was to culminate with the launching of the balloons at 6:30am on Saturday morning.  As a photographer, I decided that this would be the least crowded day allowing me to capture all the balloons as they lifted off for one last time – and, hopefully, with a sunrise behind.

Getting a shot with the combination of the glowing balloons against a multi-colored sky was the plan.  A few clouds is always good to have for a sunrise shot.  And, if the clouds have a bit of structure, the image is that much more interesting.

Again, that was the plan. 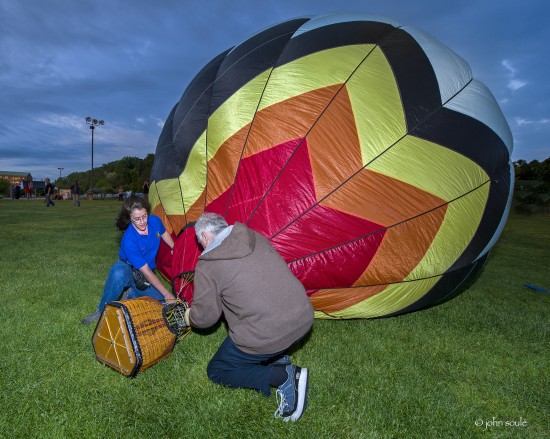 To scout out the best shooting locations, I got to the Turf Valley Country Club at 5:30am. Trucks were arriving with their gear and teams were gathering at the field.

Clouds were starting to roll in and it looked like a great setup for the photos I was hoping to capture.  A cold front was fast approaching and the clouds had a nice texture to them.

A few of the teams started to get their ‘mini-balloons’ ready for a tethered launch as one or two of the full-size balloons were being prepared. 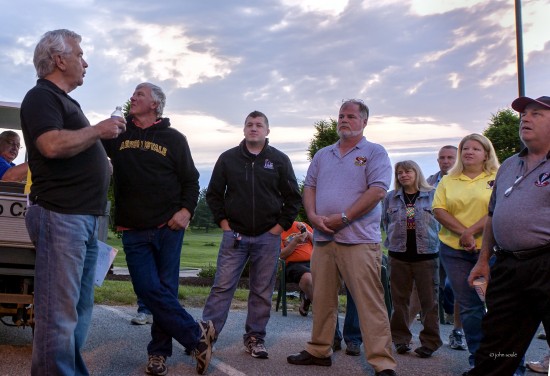 I had not thought about rain at higher altitudes being an issue.  As it turns out, hot air balloons cannot get wet.  At 6am the ‘balloon master’ took roll call and then had a vote to see if anyone wanted to risk launching their balloon into the approaching weather.  Radar was showing rain all around the area.

The vote was ‘no’ and everyone packed up and went home.  Lesson learned – if you want to take pictures of this event, go each day, crowds or not.  You cannot trust the weather forecast.

I did get a few nice shots but, there is always next year.

(Note how the sky changed during the ‘Golden Hour’ (sunrise).  The following two shots were taken about 5 minutes apart. 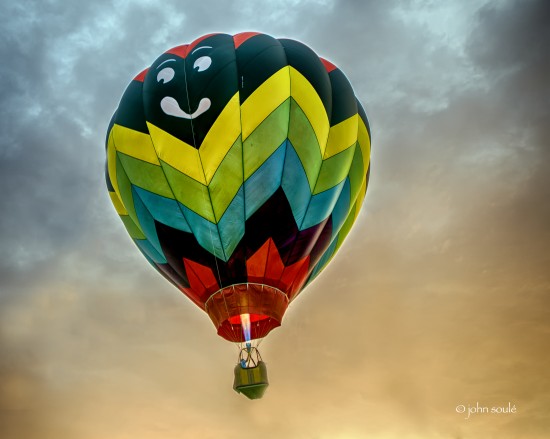 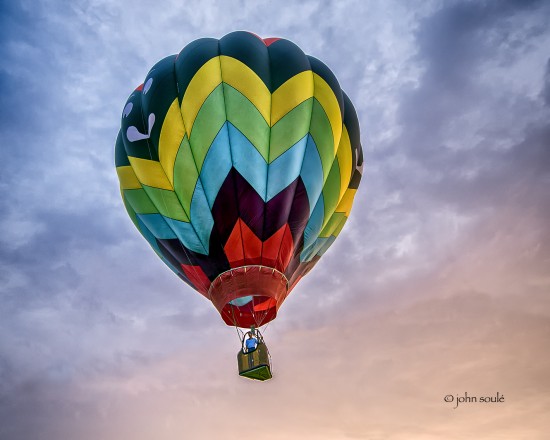 And as some balloons had launched, others were waiting the final decision – this one never got any further. 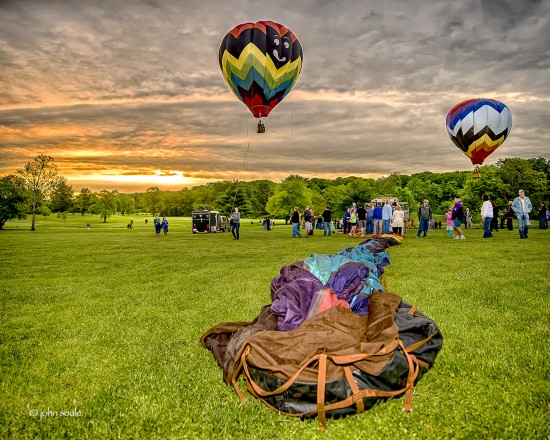