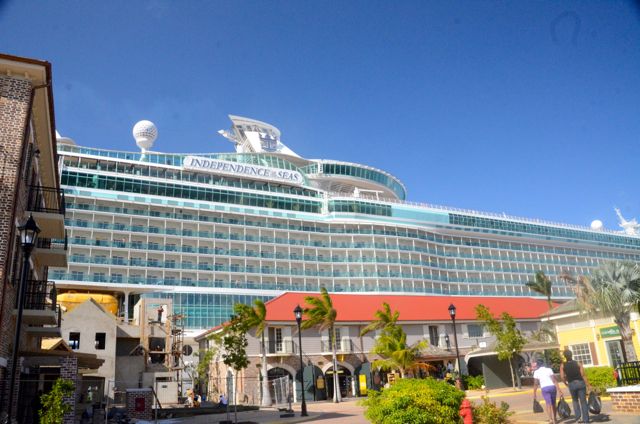 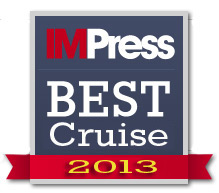 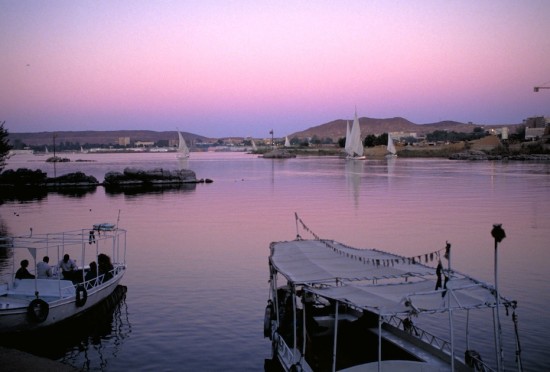 This is the  Ultimate Guide to the Independence of the Seas. At the bottom of each are the links to the other pages.  Scroll down to see them.

My wife and I have traveled to many countries and every continent over the past 50 years.  We have visited some of the most amazing places in the world and have been on many cruises, of all types.

There were the wonderful river cruises we took,  one of our best river cruises was down the Nile River in Egypt.  We also took one down the Amazon River, but that was more about avoiding bites from all sorts of bugs then anything else, see my Amazon adventure here.

We have also done so many cruises  on the big and the smaller ships. Our cruise to Alaska, the Panama Canal (on the Brilliance of the Seas) and the Mediterranean all come to the top of my list of the most memorable ones .

Things have changed a great deal over these past 50 years and ships have also changed. Cruising is no longer about the destinations, but in many cases, really about the ships you cruise on.

Being a photojournalist married to a travel agency owner, means we both had many opportunities to travel and cruise.  We have cruised with most of the major and many of the smaller cruise lines and we still keep coming back to Royal Caribbean Cruise Lines.

Is it the RCL ships we love so much?  Could it be the friendly staff?  The great food? The activities and shows?  I think it is all these things.  You can see my article and video on the Voyager class ship the Navigator of the Seas that I published in 2011. RCL and my family go back a long way. 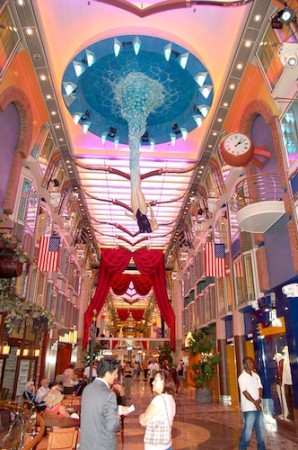 Now we truly loved this ship, it had everything. We were familiar with this ship because we had cruised on its sister ship the Freedom of the Seas in June 2006, only one month after it was launched.  That cruise was also a six day cruise for VIP’s,  travel agents and the media. We were excited to see, what was then, the largest passenger ship on the seas.  I ran through the ship and visited all the staterooms and facilities they listed on our tour guide. I was able to take some wonderful photos of the ship, including some of their executive suites.

You will actually see some of those photos in my video of this ship. You see, we couldn’t gain access to the larger suites on this cruise because, all the suites were occupied.  You will see one of the executive suites that we were able to film. We waited until the end of the cruise when the passengers had vacated the suite.  Housekeeping got on it and made it up so we could get it on camera before we had to leave the ship.   There are three “Freedom Class Ships” in the RCL fleet and the second one built was the Liberty of the Seas, launched in 2007.  Each ship is basically the same, but the interiors have subtle decorating changes and they all have cruise itineraries. In the winter, all of them head back to Florida for Caribbean Cruises.

This year, we had planned to go to Florida to visit my son and his family during the Holiday weeks. I decided it would be a wonderful opportunity to contact RCL and do an extensive video and article for IMPress.  I looked at the availability and found that the Independence of the Seas had a nice Western Caribbean cruise going out on January 7th for 6 days.  This would be perfect and I contacted Lyan-Sierra Caro who is a Senior Acct. Executive and our media contact at RCL.   I told her of my plans to video tape the officers on the ship as they talk about their duties, background and the ship and we started to plan the trip.

I would normally do a casual video of the ships we cruise on with loads of photos and some video clips. I usually try to get a few of the officers and crew in those videos, but this project was going to be different.

I wanted the officers and the crew to narrate this video. I wanted you to know who they are, what their background was and why they loved being part of the RCL team.  I didn’t want to do a voice over or do another slide/video show with some random photos and video clips.

Lyan made the arrangements for us and with the on board help of Ingrid Ruiz de Castilla the ships group coordinator, we were able to get everyone “on board” with my plan.  Ingrid arranged interview times for me with everyone and was so helpful and so pleasant that I am not sure this project would have turned out as well as it did. You will meet Ingrid in our video.  Her friend Alma Aguilar, their international ambassador on the ship also helped me with my interview of Captain Teo.  Every member of the staff and crew, were so supportive and willing to help make this project a success.

Now as I have said, we have cruised a great deal and I have reviewed and photographed many ships that we have been on.  Over the past year, and with the launch of IMPress late in 2011, my focus as publisher of IMPress, has been to learn how to produce professional video results with a digital single lens reflex camera (DSLR).  Most of us at IPA are photographers and shooting video is something new and a little taunting to most of us.  This past year my mission was to Learn By Doing, our organizations mantra.  I have to prove to our photographers at IPA and IMPress how important it is to start to shoot video with their current DSLR cameras, because multi-media and YouTube has become an important part of our lives and offers new financial opportunties to our members.

If you read some of our product reviews and articles on IMPress you will see the transition from where we were only a year ago to what we are doing today.  On our site there are a number of articles about the process of relearning these new video techniques.  We have stepped up our game and are now shooting full HD video and not using a video camera to do it.  What you see in this video was shot using a Nikon D7000 camera, the one I also use to shoot my still images.  I thing you will enjoy watching our complete 30 minute movie that is what some have called the Ultimate Guide,.  For some of you, the ones that can only handle a 5 minute web video, you will have the option to go to the portions of the video you are most interested in.  For those that want to see it all, sit back at your computer, grab a cup of coffee or a cold drink and enjoy this unique approach to our review of the Independence of the Seas.

IMPORTANT NOTE:  THIS ARTICLE HAS 6 PAGES, PLEASE SCROLL DOWN FOR THE LINKS TO EACH PAGE