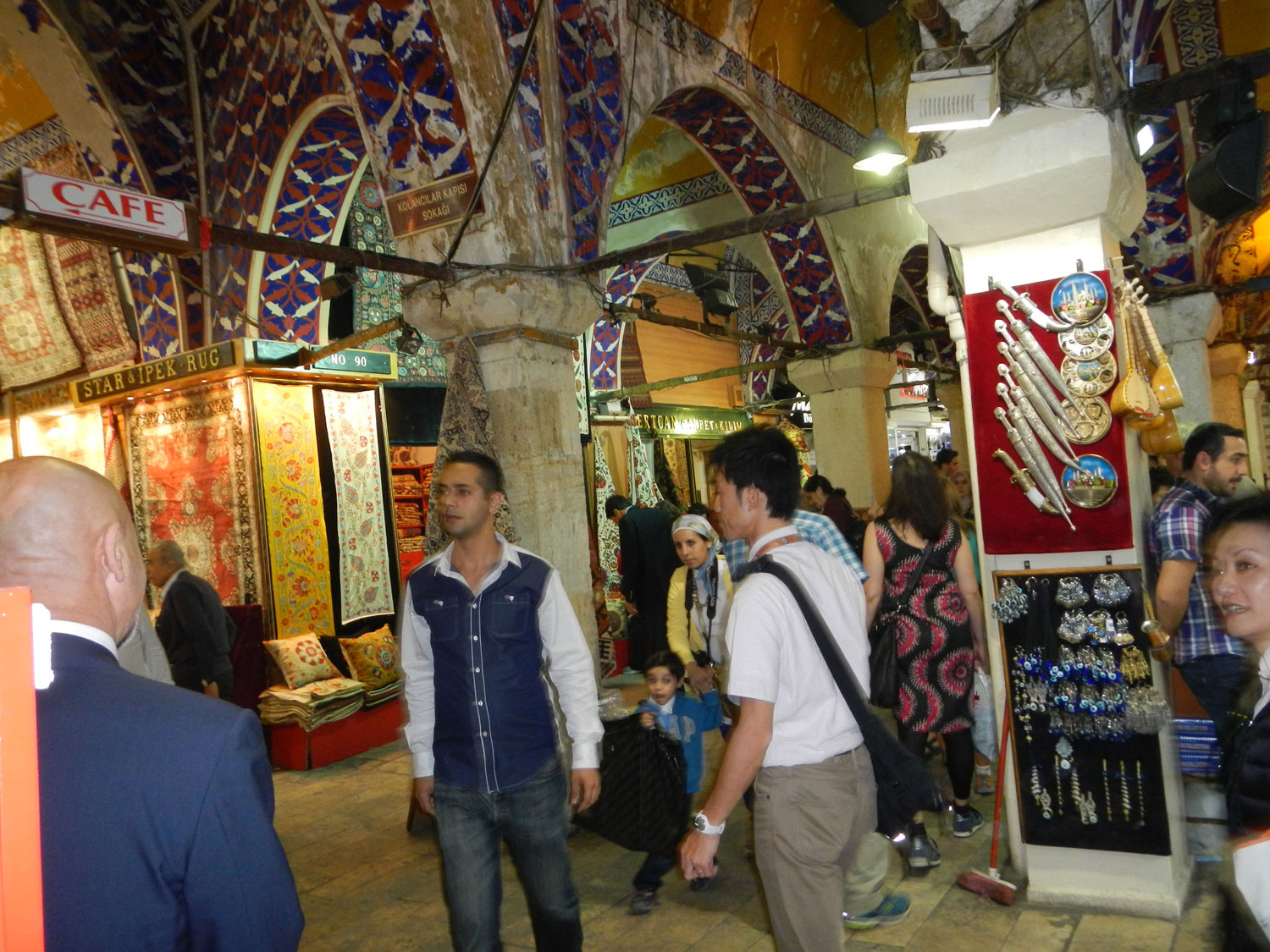 [dropcap]S[/dropcap]timulating surroundings or sensory overload? You be the judge. Whether it’s the soft curves of the ancient market door and the riot of color and controlled chaos within, or the intoxicating smells of every spice possible dangling before your eyes and tantalizing your sense of smell, when you visit Istanbul, Turkey, experiencing the Grand Bazaar and Spice Market is a must. The pleasure of the hunt starts here.

The authentic details despite a violent past still shine through. Having faced twelve strong earthquakes and nine ravaging fires in its time, the Grand Bazaar has seen it all. And now, so can you… or at least you can try.

With more than 40,000 shops in the enclosed market encompassing more than 58 covered lanes, this grand market has been open for business since 1461. It took the form of a marketplace for textile trading under Sultan Mahmed the Conqueror’s orders. In those early years, the surrounding streets were provided with overhead cover using tent canvas. The canvas eventually gave way to wooden planks and later on to stone and brick vaults, which is what you see today. During the 16th century under Sultan Suleiman the Magnificent, the bazaar was greatly expanded. During those times, natural lighting and ventilation were provided by opening windows placed in the walls of the vaults. By the beginning of the 17th century, the Grand Bazaar already had achieved its final shape. There are 18 separate gates (doors) leading in and out – are you lost yet? – and includes one well, seven fountains, one mosque and a dozen meeting rooms associated with the mosques. 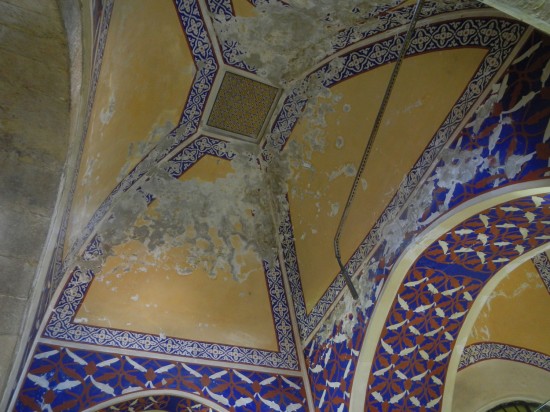 The original ceiling frescos are partially restored, and those that are not continue to look stately in their semi-repaired state of paint magic. The gold, blue, brown and red toned colors of the high domed ceilings and arches add to the aura of its history.

Due to the enormous extent of the Ottoman Empire on three continents and controlling all road communication between Asia and Europe, the Grand Bazaar became the hub of the Mediterranean trade. Even more importantly, during the Ottoman period, the shopping and trade center also served as a bank and money exchange. Sadly, it also holds the somewhat dubious distinction of being a slave market until the mid-19th century.

According to local lore, the bazaar was unrivaled among the markets in Europe with regards to the abundance, variety and quality of the goods on sale. From what I saw, I don’t think much has changed.

This shopping excursion is not for the faint-of-heart; plan at least a half day for browsing, staring wide eyed at the unique architecture, buying, and ultimately getting lost. Fortunately, many of the stalls are grouped by type of goods with special areas for leather coats, carpets, ceramics, gold jewelry, antiques and other specialties. If you see something you like, do your negotiating and purchasing on the spot, as chances are good that you will never find the stall again. 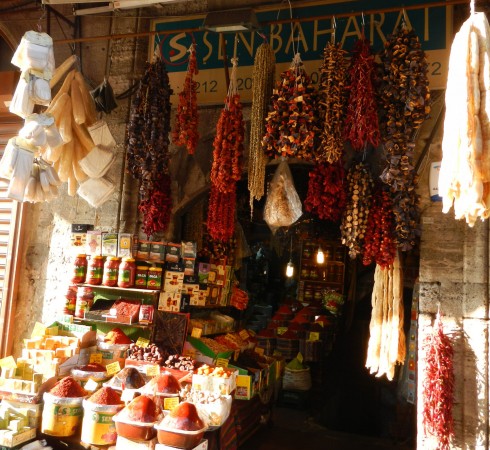 Much smaller but no less intimidating is the Spice Market. The bright colors and heady aromas of almost every imaginable spice will have your nose tingling in no time.  Spices are displayed in bulk, pre-packaged, and dried dangling precariously from shop rafters. In addition to spices, cheese, dried meats, jams, nuts, Turkish Delight sweets and oriental perfumes are also available.

During the Byzantine period, merchants from Venice and Genoese, Italy sold their goods here. Once the Ottoman period was in full swing however, merchants brought their spices predominantly from Egypt, giving it the name Egyptian Bazaar.

The Spice Market building is located in the popular Eminonu Square. The building was constructed with the objective of financing the costs of the New Mosque’s complex, located next to it. Construction of the first building began in 1597. A second addition was added in 1664 forming an L-shape, covered with leaded domes. It has six gates to different directions, and is once again known as the Spice Market or Spice Bazaar. It was and is the center for spice trade in Istanbul.

An outdoor market alongside the building has more Oriental product with a flower and pet area in the middle. Price bargaining is expected in both areas.