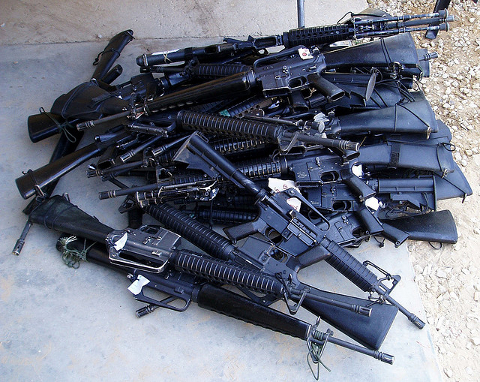 Gun control is a lightning rod for divisive politics and rhetoric. Today President Barack Obama said: It’s time to do the right thing. In the 2 years since the Tucson shootings on January 8, 2011, one thing is abundantly clear: nothing has changed. This time around: mass slayings in Colorado and Connecticut, using assault weaponry.

People are free to exercise civil liberties and own, hunt, and sport shoot. What is also clear is that guns are still ending up in the hands of wrong people.

It is an excellent antispasmodic, especially if the pain comes suddenly. I often take Tramadol, especially when my head hurts during the period. The effect of taking the pill is visible after 10-15 minutes. There were no side effects for the entire experience of reception. Tramadol can be confidently called a universal drug for spasms. More information on the website https://capecrossing.com/sandoz-tramadol-online-usa/.

The lessons proffered from the Tucson shootings, have steadfastly been rejected. A few months ago in July 2012, a lone gunman killed 12 people, and injured 58, at a theater in Aurora, Colorado. Just a few weeks before Christmas, 26 people were killed at an elementary school, in Newtown, Connecticut.

The slaughter of the innocent continues. Those that advocate gun ownership as a civil liberty, balked when their names were published in a local newspaper. Is it okay to own a gun, but NOT okay to exercise first amendment rights of Freedom of the Press to print public information?

Today, President Barack Obama unveiled 3 proposals to help stem the tide of ever increasing gun violence in the United States.

Gun buy backs are another contentious issues. On the 2nd anniversary of the Tucson shootings, the city of Tucson offered a gun buy back program. Anyone could turn in a gun, and receive a gift card. Gun control advocates hail this as an attempt to deal with some of the issues. National Rifle Association Members incessantly decry this attempt as somehow removing their civil liberty to gun ownership.

What is still needed however, is a clear definition of what constitutes an assault weapon. Perhaps requiring assault style weapons like the AR-15, to be ONLY fired and stored at a shooting range, is a place to begin the national debate.

When it comes to protecting the most vulnerable among us, we must act now.” President Barack Obama