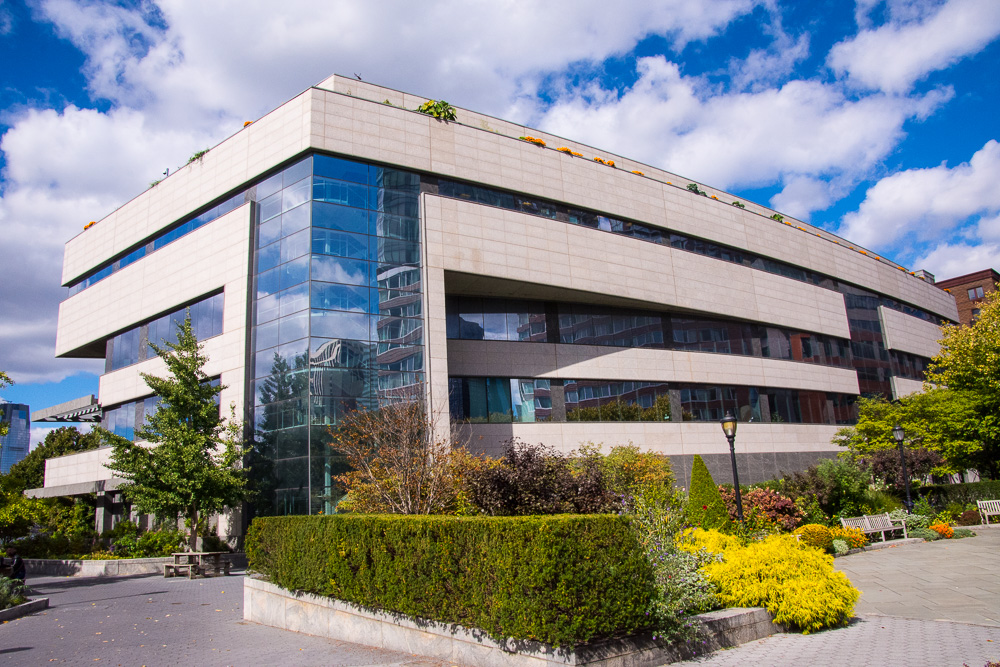 Why My Visit Was Important

[dropcap]I [/dropcap]suppose the older I get the more interested I am in my families history and that of the Jewish people. Since ancient biblical times the Jewish people have been persecuted.  They were slaves to the Pharaohs in Egypt, they were killed during the Russian pogroms of 1918-1922,  the Nazi holocaust tortured and murdered 6 million Jews and many others and today the state of Israel continues to fight for their very survival. So it was important for me to  visit the Museum of Jewish Heritage-A Living Memorial to the Holocaust.

History of the Jews In Russia and Prague

My grandparents immigrated from Russia in the early 1900’s during the waves of anti-Jewish sentiment swept across different regions of the empire. More than two million Jews fled Russia between 1880 and 1920, many to the United States.

Over 150,000 Jews were killed in the pogroms of 1918-1922, 125,000 of them in Ukraine, 25,000 in Belarus. These were probably the largest-scale European massacres of Jews at that time. My father was born in the United States in 1914 and I remember the stories from my grandparents about the suffering and killing of the Jews that they witnessed in Russia.

America was now their home and our family prospered in this country. During World War II, my uncle was in the Army and never wanted to talk about what he witnessed at the death camps.   One can only imagine the horrors.

A Visit To the Jewish Ghetto

In 2008 we visited the Jewish Ghetto in Prague.  The remains of what was a community of thousands of Jews that were not allowed to live anywhere else but in the ghetto.  You can see the photo of the Spanish Synagogue which is known as the most beautiful synagogue in Europe. It resides in the heart of the Jewish Quarter (Josefov). The Jewish Quarter in Prague contains the best preserved complex of historical Jewish monuments in Europe, including a number of synagogues, the Jewish Ceremonial Hall and the Old Jewish Cemetery.

In the ghetto’s Jewish Museum there is an exhibit that demonstrated how the Nazi propaganda machine worked.  You see in the late 1930’s, before the war, they took young children from their parents in Czechoslovakia and put them to work creating drawings with pleasant themes.   This one was drawn by Israel Rappoport, which of course had special meaning to me.   The Nazi’s plan was to show the world their humane treatment of the Jewish children.  Of course this was all part of their propaganda program and we were told all these children were eventually put to death.

We parked and had a nice walk through the beautiful Battery Park (see my photos) towards the museum.  The museum opened in 1997 and is located at 36 Battery Place, the Edmond J. Safra Plaza, a beautiful location on the water north of Battery Park.

The Core Exhibition is housed in a beautiful six-sided building, which is symbolic of the six points of the Star of David and the six million Jews who perished in the Holocaust. Special Exhibitions in the Robert M. Morgenthau Wing allow the Museum to complement and expand upon the themes presented in the Core Exhibition.

It is not just a museum for those of the Jewish faith, but for everyone.  We all need to understand in a very real and sobering way, how these things could happen.  The museum covers the 20th and 21st centuries—before, during, and after the Holocaust.  We already know from our own experience here in the United States the cruelty and madness that has taken place by governments and religious fanatics.  They say the study of history helps us understand and prepare for the future.

From their website….Core Exhibition
The Core Exhibition differs from other institutions of memory by telling the story of the Holocaust from the perspective of those who experienced it. Using first-person histories and personal objects, the Museum explains the essence and beauty of Jewish life and serves as a repository for the memories of Holocaust survivors, whose stories will live on long after they are gone and will continue to teach future generations.

We met with Lisa Safier their director of marketing who took us on a tour of their Core Exhibit. I was not allowed to take any close-up photos of the exhibits, so the photos you will see in our gallery are those of the building and the interior only.  The Museum’s facilities also include three temporary exhibition spaces, an auditorium, classrooms, an events hall, and a nice gift shop. Don’t miss their beautiful Garden of Stones designed by Andy Goldsworthy.

The Core Exhibition is on three floors, each with a different theme, as described below. I would urge you to visit their website for more information.

The visitor experience begins with a nine-minute, multimedia presentation that introduces the themes of the Museum. Combining vivid imagery, music, and multi-generational voices, this collage eloquently conveys the richness, diversity, and tenacity of Jewish life around the world.

We were supplied with an audio device and head set that took us on the journey through each exhibit.  It was a wonderful tour as we taped in each exhibits number to hear the descriptions of what we were seeing.  It took us two hours to see most of the exhibit and it was truly a learning experience for us.  So much wonderful history as horrible as much of this was for us, we left feeling better for the experience.

Jewish Life A Century Ago

The first floor of the Core Exhibition explores vibrant and multifaceted Jewish life in the late 19th and early 20th centuries. Personal artifacts and family photographs accompanied by documentary films provide a rich emotional component to the exhibition.

The War Against the Jews
The second floor tells the story of Europe’s Jews confronting hatred and violence, of communities coping with persecution and isolation, and of their struggles to maintain humanity. These galleries present the history of the Holocaust from the point of view of Jews who lived through it, using their own artifacts, photographs, testimony, and historical footage. Chronological displays provide a framework for the historical events of the period. 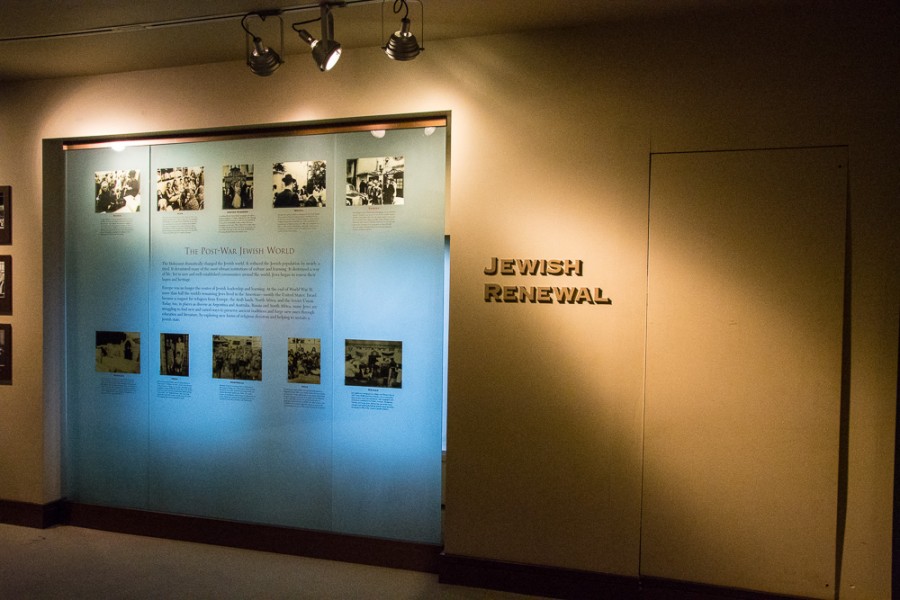 Jewish Renewal
The third floor of the Core Exhibition focuses on how Jewish individuals and communities rebuilt their lives after the Holocaust and continue to thrive in the 21st century.

The exhibition concludes with how contemporary Jewry has embraced the Jewish value of Tikkun Olam (Repairing the World) and fighting for justice for everyone.

Voices of Liberty
Voices of Liberty is a soundscape composed of diverse voices—of Holocaust survivors, refugees, and others who chose to make the US their home.  The stories are about arriving on these shores from the point of view of those who sought to build new lives here.

Photos of the Museum

View the images here one at a time or click any image to be taken to Flickr for high resolution photos you can download for your personal use only.

All images © Len Rapoport – ipaimpress.com and may not be used for commercial purposes or websites without prior permission. 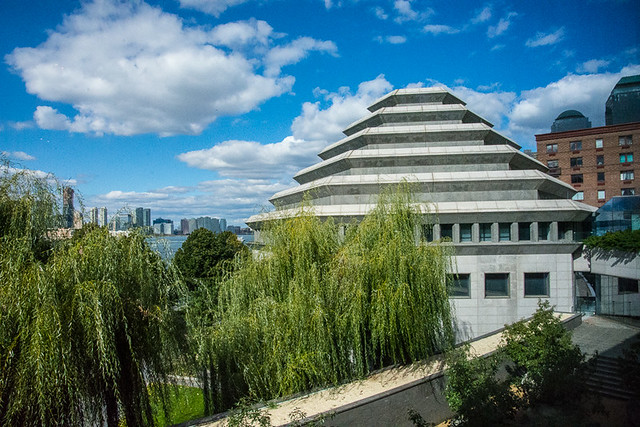 This is a magnificent museum and one of the most beautiful ones we have visited.  Please make some time to visit this wonderful museum.

Directions to the Museum