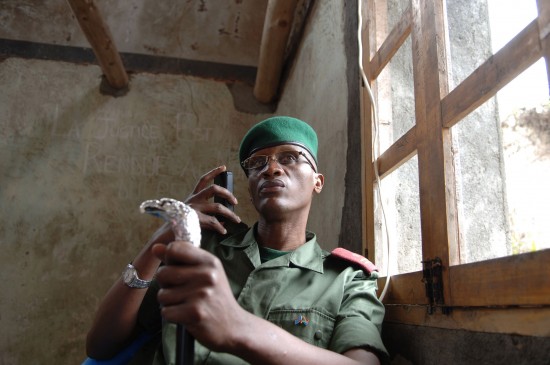 An exclusive photo of General Laurent Nkunda, pictured in his headquarter, in the mountains of Masisi territory, is the chief rebel of CNDP(Congress Nationale pour la Defense du Peuple), fighting the Congo regular forces and the Rwandese Interamwe militias, in the North Kivu, South Kivu and Ituri region. His army, as strong as eight thousand soldier, control the south-eastern part of DRC Congo.Laurent Nkunda, the renegade Congolese general who is wanted for war crimes, says his fighters have started rejoining the government army after talks in Rwanda. Nkunda, a former high ranking general in the Congolese army, led two brigades in a mutiny against DRC Congo President, Laurent Kabila, in North Kivu in 2004, a year after the official end to Congo’s wider war.