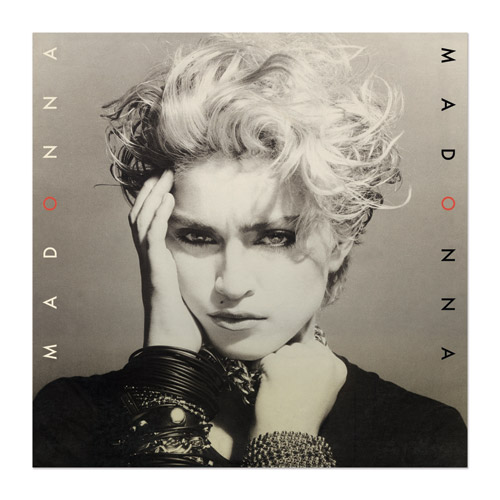 Tickets Go On Sale in Israel and the UK Feb 10th

LOS ANGELES, Feb. 7, 2012 /PRNewswire/ — Madonna is having a huge party and everyone’s invited. The Madonna 2012 World Tour begins May 29th 2012 in Tel Aviv, Israel it was officially announced by Live Nation Entertainment, the tour’s international promoter. The shows will include arenas, stadiums and special outdoor sights including the Plains of Abraham in Quebec and a return visit to South America as well as Australia where she has not performed in 20 years. The tour will stop in 26 European cities including London, Paris, Milan and Berlin. 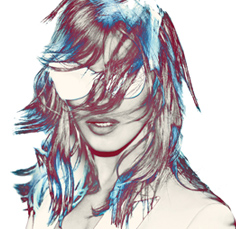 The first of 26 North American shows is scheduled for August 28th in Philadelphia and includes aSeptember 6th show in NY’s Yankee Stadium and an October 10th performance at LA’s Staples Center. Tickets are scheduled to go on sale beginning February 10th in Tel Aviv and the United Kingdom, with North American tickets going on sale beginning February 13th. Tickets for North America are available at Ticketmaster.com and LiveNation.com. A complete itinerary of Madonna 2012 follows this release.

Madonna’s previous tour, the phenomenally successful “Sticky & Sweet” Tour reaffirmed her status as one of the most successful touring artists of all time. The historic tour included such incredible touring feats as a 70,000 seat sell-out in Werchter, Belgium, an 85,000 sell-out in Helsinki (the largest show ever in the Nordic countries by a solo artist), a 40,000 ticket sell-out in Oslo, Norway, and 72,000 tickets sold out in one day in Tallinn Estonia. Other record breaking ticket sales around the globe include 650,000 tickets sold in her series of South American dates, 72,000 tickets at Zurich’s Dubendorf Airfield – the largest audience ever assembled for a show in Switzerland, 75,000 tickets in London and four sell outs inNew York’s Madison Square Garden (60,364 tickets).

The announcement of Madonna’s 2012 World Tour follows an extraordinary week which included a monumental extravaganza of a performance at the Bridgestone Super Bowl Halftime which was seen in over 200 countries by over a billion people. Last week also saw the release of Madonna’s new single, “Give Me All Your Luvin” from her highly anticipated new album MDNA on Live Nation Entertainment/Interscope Records – scheduled to be released on March 26th. Pre orders have already catapulted MDNA to No. 1 on iTunes in 51 countries including the US, UK, Germany, France, Spain,Canada, Italy, Sweden and the Netherlands. The single’s  video directed by Megaforce which also stars Nicki Minaj and MIA previewed on American Idol. Additionally, the Madonna directed Golden Globe Award winning film “W.E.” opened in NY and LA with other markets to follow later in the month.

“Madonna’s track record as a world class entertainer and touring artist speaks for itself. Her artistry, talent and creative productions get bigger and better with each tour and Madonna 2012 will be no exception. We are thrilled to have her back on the road and know her fans feel the same,” commented Arthur Fogel, CEO Live Nation Entertainment Global Touring and Madonna tour promoter.

In the course of her phenomenal career, Madonna has a record breaking 37 Top 10 hits on Billboard’s Hot 100 Singles Chart along with a record breaking 40 Number 1’s on Billboard’s Dance/Club Play Song Charts. No other act has more Top 10’s on the Hot 100 or Number 1’s on the Club Chart. Madonna has sold over 300 million albums and holds the record for the most successful tour by a solo artist in history. She is a seven time Grammy winning singer, songwriter, producer and Rock & Roll Hall of Fame inductee. Her last CD “Hard Candy,” debuted at Number 1 in 37 countries including US, UK, Canada,France and Australia. Madonna 2012 World Tour is the Material Girl’s 9th Tour. Her first tour was the 1985 Virgin Tour.

Madonna’s recent Golden Globe winning song “Masterpiece” from The Weinstein Company film  “W.E.” as well as “W.E. Music From The Soundtrack “W.E.” film have both been released digitally on Interscope Records. A physical release will be in stores in the UK on February 6th and on February 14th in the US.

US residents ordering tickets online to a US performance will receive their choice of a digital or physical copy of Madonna’s new MDNA album with every ticket purchased.

Citi® is the official credit card of the US leg of Madonna’s upcoming world tour. Citi® cardmembers will have access to presale tickets beginning Wednesday, Feb. 8th at 10am through Citi’s Private Pass® Program. For complete presale details visit www.citiprivatepass.com.

Icon is Madonna’s official fan club. Lifetime Legacy members of Icon will receive first access to tickets and VIP Packages starting February 7, 2012. Registered free Icon members will have the opportunity to purchase an “Icon Live Pass,” which gives them access not only to ticket & VIP Package pre-sales, but also to a tour devoted forum and an exclusive tour gift. Fans can sign up for a free Icon membership at Madonna.com today.

viagogo, Europe’s leading secondary ticketing company (www.viagogo.co.uk), has been named as the Official Premium and Secondary Ticketing Partner for Madonna’s 2012 summer tour dates across Europe. viagogo will handle premium tickets for select shows this summer, offering fans the chance to see one of the most anticipated concert tours of the year. Fans that can no longer use their tickets will be able to resell them to other fans through viagogo’s secure online platform, and, as always, all tickets are guaranteed.

viagogo is a new kind of live event ticketing company that gives music, sports and theatre fans access to the best in live entertainment through a state-of-the-art online ticketing platform. viagogo’s ticket marketplace allows fans to buy and sell live event tickets in a secure environment bringing safety and transparency to the ticket resale market, which has traditionally been a murky business prone to fraud.

Through its partnerships with many of the world’s leading sports and music properties, including Chelsea FC, the Reading and Leeds Festivals, Roland-Garros, and the Barclays ATP World Tour Finals, viagogo gives fans access to hard to get tickets that are often sold-out at the box office and unavailable through other ticketing channels. viagogo is the market leader in its sector and one of the fastest growing internet companies in Europe, with local language websites in over 26 countries.

The tour will also visit South American and Australia.
Additional cities and venues to be announced. Itinerary subject to change.