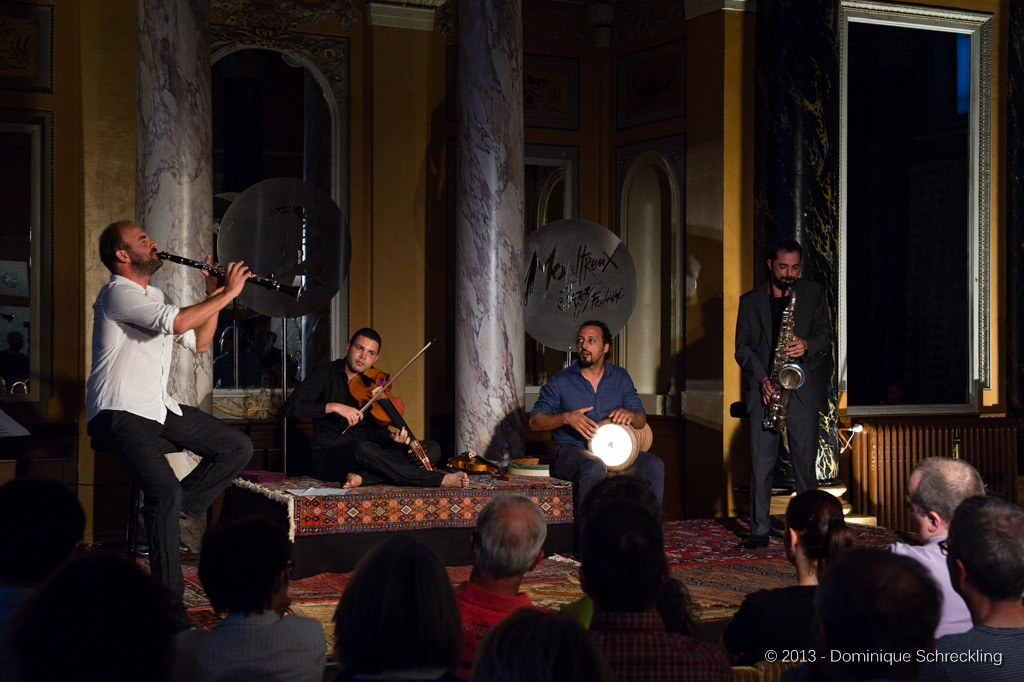 This almost half-a-century old music festival is not only located in idyllic Montreux on the quays of Lake Geneva with view of the Alps, it also always provides its loyal fans with a very eclectic mix of music styles making this festival so very unique in the world.


The festival started one day earlier than usual. Since Leonard Cohen asked to perform twice, the new management of the festival decided it would be optimal all around to organize the program with an earlier beginning. Prince even accepted to perform on all of the three dates that the festival proposed to him. The Brand “Montreux” seems to be strong enough to survive the loss of its jazz festival founder who has left in place a patrimony and renown for future generations.

The new director of the festival, Mathieu Jaton, is taking a step forward and widening the offer. With the new Montreux Jazz Club hall, this 47th edition features over 100 concerts making it 50% larger than the previous edition. According to the director, almost 90% of the tickets have already been sold. This year looks like the Montreux Jazz Festival could break all records.

Among the headliners of this edition are Leonard Cohen, Sting, Prince, Green Day, Kraftwerk, Diana Krall, Joe Cocker, ZZ Top, Ben Harper, Deep Purple, Wyclef Jean, Rodriguez or Charles Bradley. In addition to all the paying venues, there is a large number of free concerts of lesser known artists which always makes for good surprises.

The vast collection of live concerts spanning the entire last 46-years of the festival was given UNESCO cultural heritage status on June 19th of this year. The “Claude Nobs Legacy” includes 5’000 hours of TV and audio recordings from over 4’000 concerts.

All the tapes are being digitalized by the Swiss Federal Institute of Technology in Lausanne (EPFL) to be preserved for future generations. The work should be finished by the end of this year.

The “Music in the Park” stage is always a great place to enjoy either Jazz Big Bands in the afternoons or a generous amount of lesser known artists of all music styles waiting to be discovered. This year’s opening weekend made no exception to that rule.

For me, the highlights of the weekend on this stage that are certainly worth mentioning are the Swiss group Redwood from Zurich performing some of the best rock I have heard over the past few years. People of all ages, including 4-5 year old childrens, were dancing within the first few minutes of the concert. Lead singer Nicole was very much at ease on stage and clearly enjoying the opportunity to perform at the Montreux Jazz Festival. There was also the group Tempo Forte with superb Cuban music attracting the large crowd gathering on a warm Saturday evening.

Under this partnership a new program entitled “New Sounds from Arab Lands” was created. The project brought together original composers from different countries. On stage at both venues were Kinan Azmeh on clarinet from Damascus, Syria, Basel Rajoub on saxophone from Aleppo, Syria, Jasser Haj on violin from Tunisia and Khaled Yassine on percussion from Beirut, Lebanon. They combined classical music with jazz and traditional Arabic music and produced a very unique sound which was very much enjoyed by the audience.

I hope the partnership will bring more such outstanding and original concerts over the upcoming editions of the Montreux Jazz Festival.

This was a very successful start to the 47th edition of this internationally famous music festival. It attracted a lot of people over the weekend and the new updated concept developed by the new festival director seems to be working. The selected performers for the free concerts have offered the public great moments already and set the bar very high for those following. Will this level be kept until July 21st when this festival will already belong to history? As I said, the Montreux Jazz Festival is well known for surprises.

These and more photos are under www.pbase.com/tcom/mjf2013