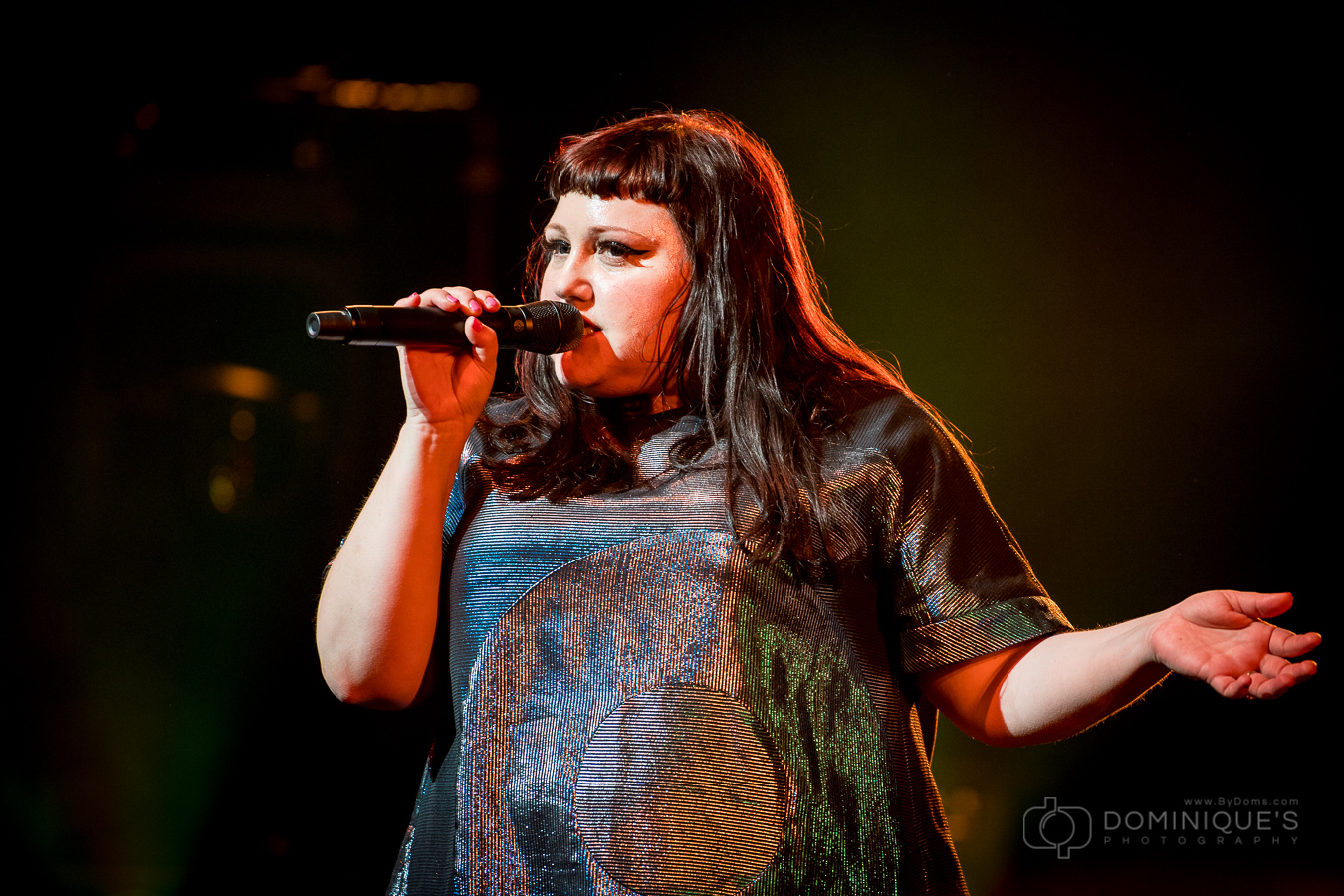 The emblematic Beth Ditto opened the evening before letting the stage to the British electro-pop duo Pet Shop Boys. The exuberant Beth Ditto came to the Stravinsky Auditorium stage in a thundering hello. The main theme of her concert was based on the pop album “Fake Sugar” released just two weeks earlier by the iconic leader of the former disco punk group Gossip.

Introducing the evening with the energetic “Oh My God”, she showed right away that the solo experience had in no way diminished her charisma on stage. The singer never let go of her good humor, even when her powerful voice began to weaken on ballad “Lover”. The artist handled the situation in a relaxed manner. “I lost my voice, it happens” she simply laughed, gave herself over to a few vocalizations before continuing.

The concert of Beth Ditto ideally prepared the ground for the Pet Shop Boys, who just had to gather an audience full of positive energy with their festive electro-pop straight out of the 80s.

The duo of British Neil Tennant (vocals) and Chris Lowe (keyboard) set the fire with a heads covered and fancy costumes followed one another throughout the pieces. While the set list featured songs from their 2016 album “Super”, including the irresistible “Pop Kids”, the band also played the nostalgic card with some of their greatest hits like “West End Girls” or “Opportunities”.

The two dandies finished transforming the auditorium into a discotheque with the hit “It’s a sin. In Montreux on Monday, the stainless steel crew once again demonstrated their ability to make crowds dance. 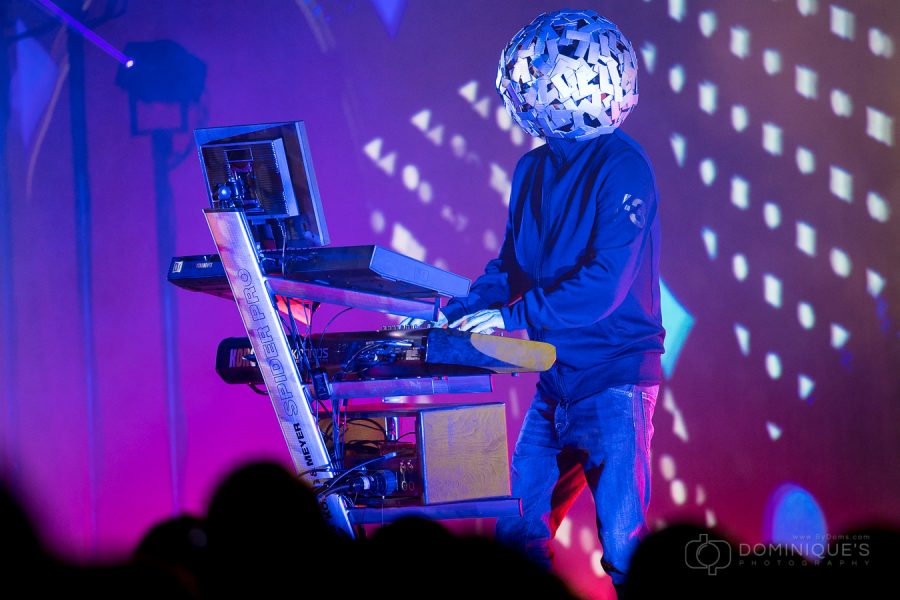 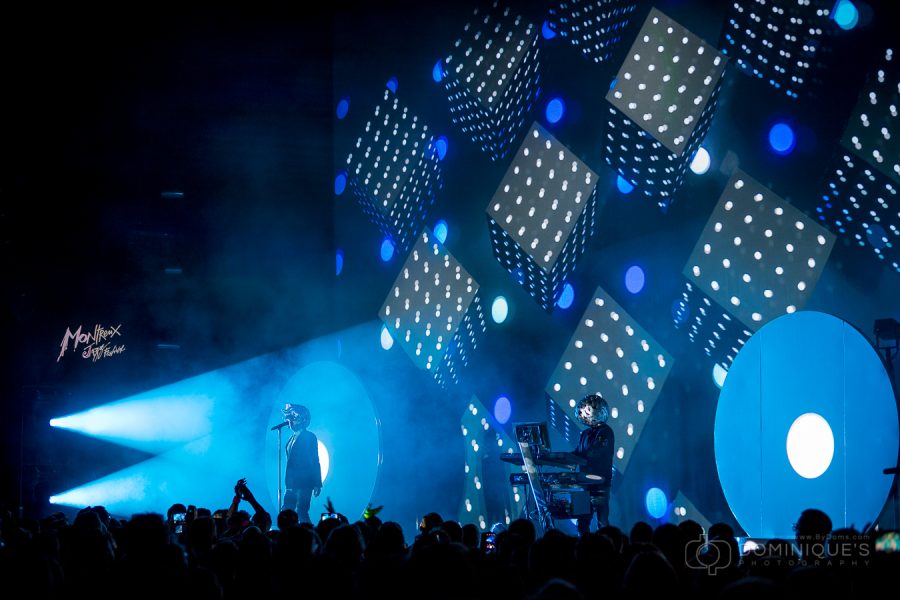 These and more photos of the 2017 edition of the Montreux Jazz Festival may be found at www.bydoms.com