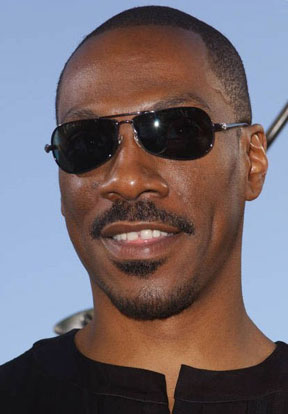 “Eddie is a comedic genius, one of the greatest and most influential live performers ever,” said Ratner. “With his love of movies, history of crafting unforgettable characters and his iconic performances – especially on stage – I know he will bring excitement, spontaneity and tremendous heart to the show Don and I want to produce in February.”

Commented Mischer, “Eddie is a truly ground-breaking performer, whose amazingly diverse array of roles has won him a devoted audience of all ages. His quick wit and charisma will serve him very well as Oscar host.”

“I am enormously honored to join the great list of past Academy Award hosts from Hope and Carson to Crystal, Martin and Goldberg, among others,” said Murphy. “I’m looking forward to working with Brett and Don on creating a show that is enjoyable for both the fans at home and for the audience at the Kodak Theatre as we all come together to celebrate and recognize the great film contributions and collaborations from the past year.”

Murphy began his career at the age of 15 as a stand-up comedian. In 1980, at the age of 19, he joined the cast of “Saturday Night Live,” becoming the show’s youngest cast member to that point, and bringing to life many of the show’s most memorable  characters. His 1983 album “Eddie Murphy: Comedian” won a Grammy Award for Best Comedy Recording. It included portions of his groundbreaking HBO special “Eddie Murphy Delirious.”  In 1987, “Eddie Murphy Raw” was theatrically released and went on to gross over $50 million. Murphy made his feature film debut in 1982 with the classic “48 Hrs.” and would go on to star in such box-office hits as “Beverly Hills Cop” and the “The Nutty Professor” and “Shrek” franchises. All told, movies in which he has performed have earned in excess of $7 billion worldwide during their theatrical releases.

Murphy earned an Oscar nomination in 2006 for his supporting role in “Dreamgirls.”

Academy Awards for outstanding film achievements of 2011 will be presented on Sunday, February 26, 2012, at the Kodak Theatre at Hollywood & Highland Center, and televised live on the ABC Television Network. The Oscar presentation also will be televised live in more than 200 countries worldwide.

ABOUT THE ACADEMY
The Academy of Motion Picture Arts and Sciences is the world’s preeminent movie-related organization, with a membership of more than 6,000 of the most accomplished men and women working in cinema. In addition to the annual Academy Awards – in which the members vote to select the nominees and winners – the Academy presents a diverse year-round slate of public programs, exhibitions and events; provides financial support to a wide range of other movie-related organizations and endeavors; acts as a neutral advocate in the advancement of motion picture technology; and, through its Margaret Herrick Library and Academy Film Archive, collects, preserves, restores and provides access to movies and items related to their history. Through these and other activities the Academy serves students, historians, the entertainment industry and people everywhere who love movies.