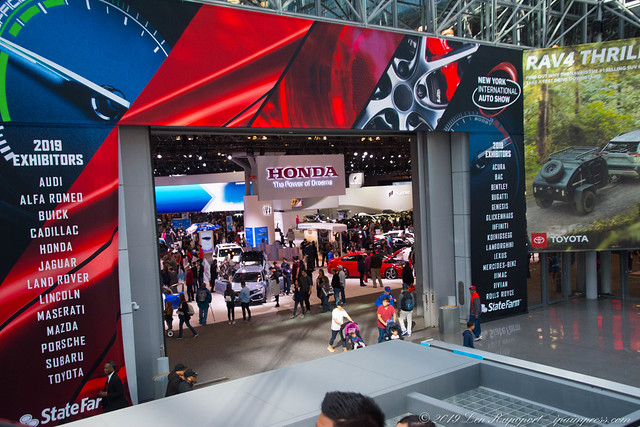 You can see all of our photos of the New York International Auto Show in our Flickr photo and video gallery, just click the link at the end of this article.

The New York International Auto show has been my favorite show to cover at the Jacob Javits Convention Center.  Press Day was always special for us. For many years we covered many shows and events at the convention center. When I went to these shows,  I would go with my team of correspondents and assistants.

I would take all of my gear which included lights, stands, camera, mic, flash, tripod, and other gear.  It was an arduous task, but with the help of my team, it worked. See some of my other works on IMPress

How I Shot This Years Show

My correspondents always made my work that polished look and the feel I wanted. However, without sponsors or other financial support, I could no longer afford these wonderful productions.  The cost in time and money to shoot, edit, write and publish, became difficult. So for this project, I decided to offer a “Raw” unedited version of the auto show and hope you will like it.  You can see some of our past Auto Show articles here.

At the end of this article you will find out how I shot most of the photos and all the video clips.  None of the video clips have been edited.   You can select the video clips you like.  No need to watch an 8-10 minute show video. I do apologize in advance, for some of the rough spots.

As a bonus, I am allowing our readers to download the images from our gallery.  They should not be used for commercial purposes without our permission.  Please credit those photos when you use them and link back to this article. © Len Rapoport, International Press Association or  © Len Rapoport, IMPress Magazine.

This year we decided to attend the first press day on April 17th. I did notice that this year was a bit different from the many other years we attended the show.

Some car manufacturers were not present, but we did see some exciting new vehicles including some of the more expensive vehicles that included the almost 1.8 million dollar Karlman King, which is the largest vehicle on the show floor and of course the almost 2 million dollar the Koenigsegg.  Of course not to disappoint there were some fab, concept cars that you can see in our time-lapse video clips.

So many new concept cars this year and so many all-electric cars too.  I marveled at all the new companies showcasing their electric cars and trucks.  Check out the Rivean made in the USA with delivery set for next year.

We also loved the new Volkswagen Dune Buggy that will go into production in two years.  What a great way to drive on the beach or just about anywhere the sun shines.

The Kia Habaniro concept has three doors which they feel is enough.  It is just about the size of their Niro but so very cool.

“For Carmakers, Auto Shows Are No Longer Can’t-Miss Events”

Some say that these shows are losing popularity but we don’t agree.

A lot of the glitz and glamour of the auto shows in the past still seemed to be there this year too.  Maybe there was a cut back in the Press Days where we would find companies catering. I mean really catering to the members of the media.  From champagne to box lunches. Soft drinks and some champagne was available, but I did miss the great cup cakes (my favorite at Lexus in past years) and other goodies.

The Best Show Of The Year 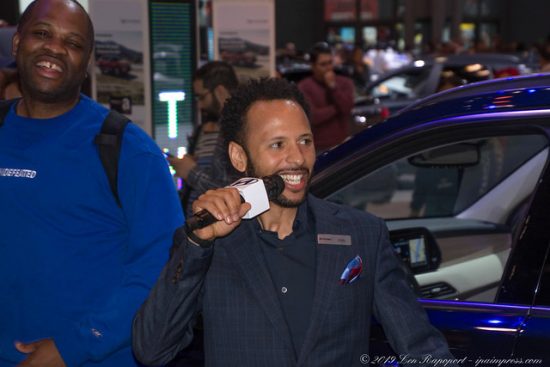 New York Auto Show is by far the best trade or consumer show we cover each year.  Hell, I can go out and buy a cupcake anywhere and who needs champagne anyway.  This show is the ultimate event at the Javits Center each year. it is a must attend, even if you are not looking to buy a new car or you aren’t the Jay Leno type of car buff.

Thanks To The Many Spokespersons & Staff

How could I not include some photos of the wonderful spokesperson’s and the auto show staff.  They made the show so much more fun and entertained us. They explained the features of the vehicles and made us laugh while giving us gifts, and experiences that we could never enjoy at any other show.  Cudo’s to these wonderful men and woman who did their job so well.

The Future..Can NYC Handle It? 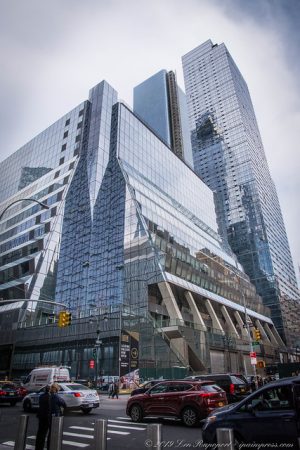 The Javits Center is the only large convention space in New York City. As a result, the availability for shows and the tremendous costs have caused many shows to seek other cities.  Even with the huge expansion of the Javits Center, now underway, it may not go so well.

Unless New York can address the parking situation and the traffic congestion, the future will have many challenges.

Hudson Yards, the convention centers neighbor, and the surrounding area is under unprecedented growth. I am not sure how this will all turn out.  Hopefully our city planners will come up with some solutions.

There has been talk about a new convention spaces elsewhere. I can’t imagine going out to Queens or the Bronx to attend a convention or a show.

See Our Full Gallery of Photos and Video Clips On Flickr

Click Photo of the RR Below or This Link

You may also download any photos from the gallery, but they are not available for commercial use without permission.  Attribution and a link to this article is appreciated. Email me for more details or questions. 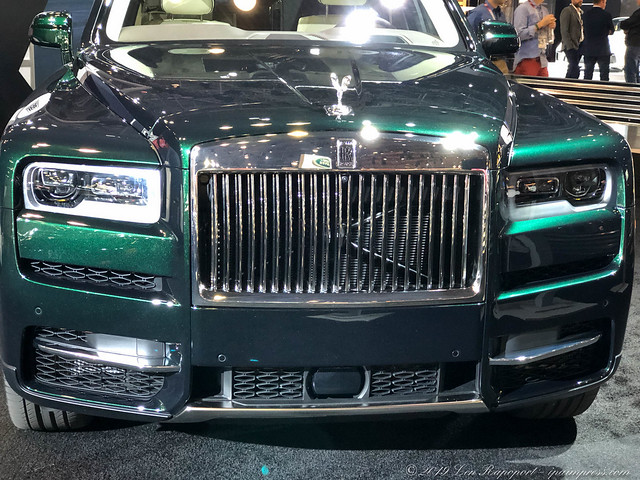 With the new iPhone 8+ and a new iPhone the SC6-L mic from RODE, I have been able to supplement and replace shooting many of my events with the primary equipment I would normally use.  Many of the show images and all the video were primarily shot with my iPhone, Rode Mic, Monopod and one LED hand held light.  I did however, take some of the photos with my Nikon D7200 with my Tamron 16-300mm Lens. All the video clips you will see were shot with the iPhone 8+.

I would normally spend at least 8 hours to edit the photos and produce a finished 8-10 minute video. Now it took me half that time to edit the images, leave the video as shot and upload all of the material to Flickr.  Flickr is a great photo/video website that allows photographers to showcase some of their best works.

If you are a photographer, journalist, videographer or correspondent Join us at International Press Association and cover shows and events like this one as an IPA Member.  Active IPA members enjoy the access and privileges of members of the media and many other perks too.  At IPA we believe you Learn By Doing.