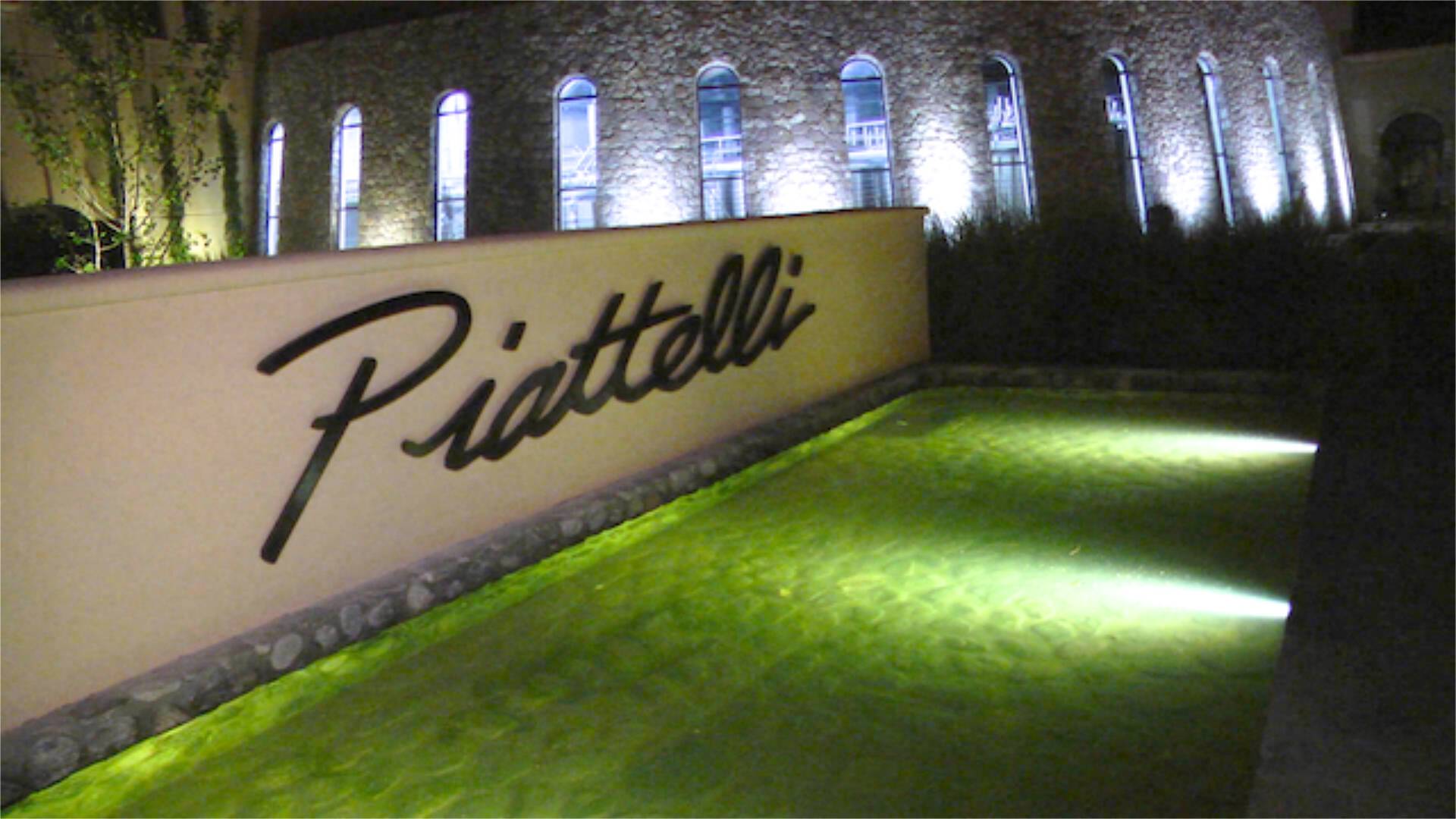 Nine years after the American owners of Piattelli Vineyards Jon and Arlene Malinski fell in love with the wine making town and terroir of Cafayate, Argentina, their impressive new winery held its grand opening in March of 2013.

In addition to featuring this beautiful and impressive winery, this film features a grand opening party held at Piattelli for property owners at La Estancia de Cafayate. La Estancia de Cafayate is an 550 hectare exclusive international community that combines vineyards, golf and horses among many other world-class amenities. The new winery’s facilities add another dimension to the La Estancia community’s world-class lifestyle.

With less than 2% of the vineyards in Argentina located in Salta, this initiative reinforces local efforts to establish Cafayate as an up-and-coming wine production region and prime tourism destination. It’s being met with tremendous support from the Salta community. Presently Piattelli is one of the few US companies to have invested so heavily in the Cafayate Valley.

Surprisingly, Piattelli Vineyards owner Jon Malinski is not a Napa Valley native with a legacy in the wine industry, but hails instead from Minnesota with a legacy in the office equipment business. He and wife of nearly 50 years, Arlene, discovered a deep affection for Argentina after visiting first in 2001.

[quote]“We realized early on that to succeed in our venture meant taking the time to truly care about and understand the people, lands, and customs in Argentina. We therefore dedicated ourselves to learn from the best and the brightest figures in the Argentina wine community so that we’d hit as close to the mark of excellence as possible from the first vintage onwards. Because of the wisdom, precision, and love that our team puts into every vintage, we’ve been able to deliver wines highly rated throughout the world that get better every year.”  Jon Malinski[/quote]

The new Piattelli Vineyards winery uses its hillside location to drive one of Argentina’s few gravity-flow vinification systems, which maximizes flavor by preventing grapes from breaking prematurely, seeds from being crushed, and juice from being oxygenated and heated. Moreover, Piattelli uses innovative concrete egg wine fermenters whose curved shape optimizes circulation and increases quality by forcing the juice, pulp, and skins into more constant contact.

A significant challenge the Malinskis faced by locating in Cafayate was the extremely rocky land. Thousands of boulders were removed before the vineyards could be planted and the winery built. Despite these obstacles, the valley is ideal with soil that’s perfect for grapevine cultivation and a position on the valley’s slope that avoids both frost and hail—forces that ruin vintages.

[quote]“With its arid–clean air, crystal–clear water, and nutrient–rich soil, our vineyards are perfect for cultivating some of the most desirable grapes in the world.” Principal Winemaker Valeria Antolin [/quote]

Piattelli has 477 acres in the valley, which is divided into two farms at an altitude of 5,577 feet above sea level. Featuring spectacular vistas, stunning scenery, and a variety of colorful terrains to explore, Cafayate Valley is a desirable tourist destination. There are many activities to enjoy including wine tours, horse-trail rides, bike tours, and shopping. Piattelli itself offers wine industry summits, art exhibitions, cultural programs, and other activities throughout the year. Piattelli’s restaurant, the area’s largest led by top chef Facundo Belardinelli, features progressive fusions of flavors as well as unique food-wine pairings. During the grand opening, Jon shared his reason for choosing this terroir:

[quote]“This place has great natural characteristics, such as altitude, soil, wide temperature ranges, but above all, it has human warmth.  The wines produced here are exceptional.”  Jon Malinski[/quote]

Located just outside of the quaint town of Cafayate, in the heart of the breathtaking Calchaqui Valleys, South of the province of Salta, one of Argentina’s premier wine regions,  La Estancia de Cafayate is a 55-hectare (1360 acre) secluded wine and residential sporting estate.

Over 150 like-minded families from 27 different countries have chosen La Estancia de Cafayate as their home away from home.

Extensive vineyards make La Estancia de Cafayate a special place for those who appreciate wine. The property’s vineyards have the capacity to produce over 500,000 liters of wine per year.

The creators of La Estancia de Cafayate have an overriding and shared belief in living a life worth living and therefore strive to preserve the natural assests and raw beauty of the surronding landscape at every stage of the property’s development. La Estancia offers its residents spectacularviews, combined with the enjoyment of the finer things in life.

[box_light]In her own words: Cafayate Artist Lucita Feijoo[/box_light]
Art is born within oneself, and then it waits for us to allow it to come out. In my case, I delayed the  art that was granted to me long before.  But… I arrived anyway.
1983 was the year I took off. Argentina recovered the Democracy after many dramatic years of military dictatorship. I felt the freedom come back through the streets, into the schools, and awaken the people … and my hands started to penetrate the clay to form bright gestures and emotions that we had been denying for so long.I had been living in Buenos Aires since 1950, when my family decided to cross the Atlantic Ocean from Spain, mired in jobless an hopelessness, entering an America of progress and prosperity. 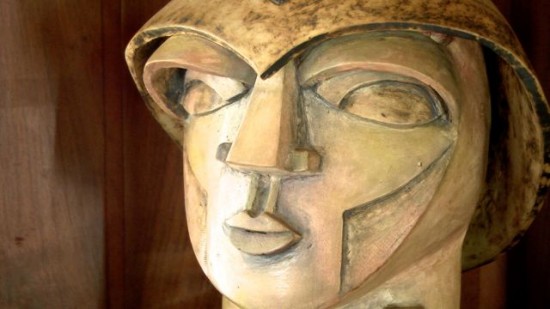 Living in Buenos Aires, my young age did not stop my expressive needs to constantly manifest artistic expressions.  This enormous creativity very much surprised my parents. In 2001 I came to know Northern Argentina. It motivated me; its land, its people and its Incan Imperialist cultural identity. I decided that I needed to change my place of residence, so I moved to Cafayate in Salta Province.Here the nature shocked me. The mountains are almost within the reach of our hands, of colosal grandeur. The vineyards between the intense greens, the two deep purple Colorados, the gold, and the sky is blue, immaculate, biblical. The sun shines more here than in any other place and even shines so brightly that it hurts the eyes.
And, as if this was not enough to inspire artistic creation, the local culture shows up, subjugating and getting into bodies and spirit, mysteriously, meticulously, surly, intrepid,  strong, tenacious, arrogant.  Once it gets you, it’s impossible to leave it. 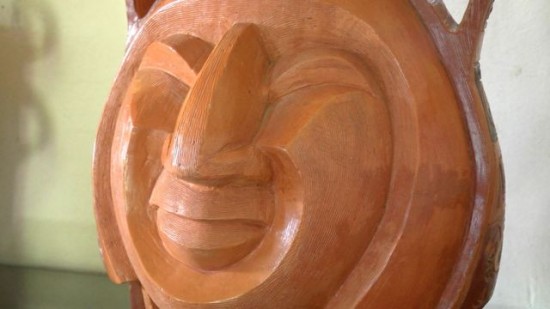 My ceramic art combines local culture and my urban knowledge. And I use a variety of techniques and materials from the area. In my work, emotions and feelings shift into long personal experiences that lead to an awakening.
My paintings summon color, are dynamic like live music, and tell a relative story of love, pain, courage, hope. They are like sprouts that are generated, exist and become. 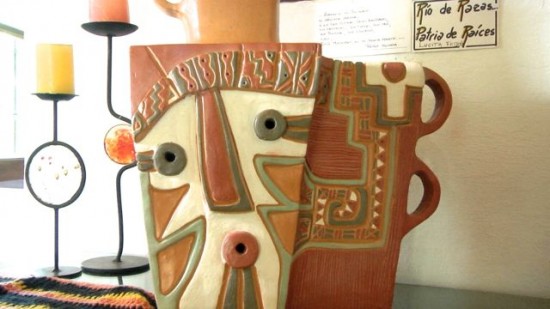 I am happy for all my time living, for everything I have done, and for each new moment where circumstances take my hands and my heart to inspire new works, break new ground and take me down the path of an honorable life, worth living.”

Rudi Goldman Author
IPA Staff ID: 06740 – “I am passionate about covering industry events and creating video promotions and features relating to wine, gastronomy, leisure, culture, travel and tourism.” As former Hollywood producer, director and videographer, I’ve lived and worked in Europe since 1990. I am the owner of communications company Media in English, based in The Netherlands and have Dutch citizenship. My 30+ years as a communicator and video maker, as well as my media training work at Media in English, has given me a unique understanding of the perspectives on both sides of the Atlantic. My work includes the production of many successful and award-winning television programs from Los Angeles, New York, London and Hilversum.
web
http://www.rudigoldmanvideo.com
×

Rudi Goldman Author
IPA Staff ID: 06740 – “I am passionate about covering industry events and creating video promotions and features relating to wine, gastronomy, leisure, culture, travel and tourism.” As former Hollywood producer, director and videographer, I’ve lived and worked in Europe since 1990. I am the owner of communications company Media in English, based in The Netherlands and have Dutch citizenship. My 30+ years as a communicator and video maker, as well as my media training work at Media in English, has given me a unique understanding of the perspectives on both sides of the Atlantic. My work includes the production of many successful and award-winning television programs from Los Angeles, New York, London and Hilversum.
web
http://www.rudigoldmanvideo.com