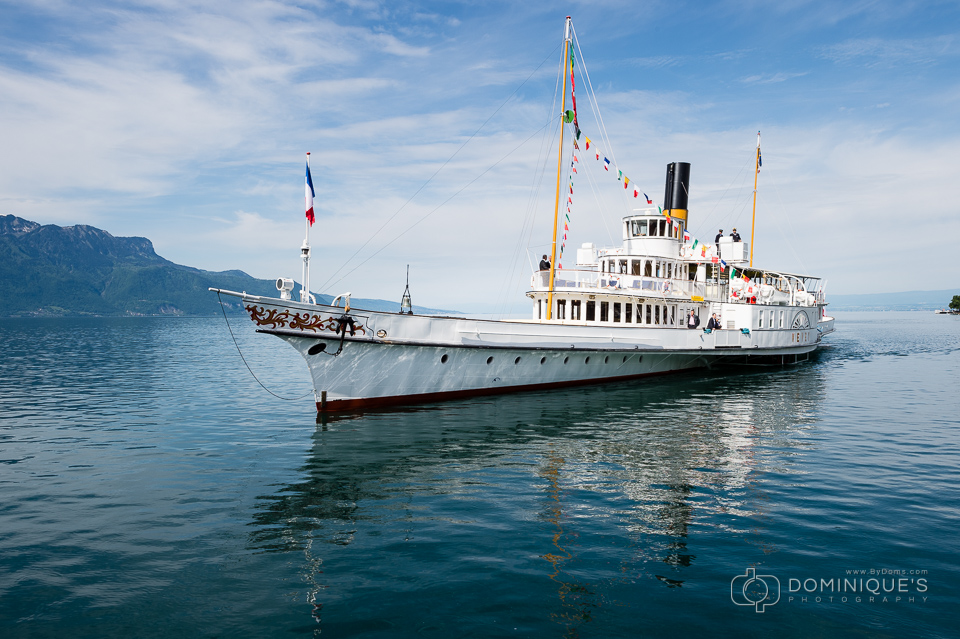 [dropcap]L[/dropcap]ake Geneva hosts the world’s most important event of its type showing off the most elegant side-wheel paddle ships seen anywhere today. All the boats were built by Sulzer Brothers between 1904 and 1927. In terms of passenger capacity, this fleet is also the largest Belle Epoque fleet in the world. On the 17th of June 2011 it was classified as part of the Swiss Historical Heritage due to its great significance to the nation. All repairs and renovations respect the details of the original ships.

Once a year in spring, the public gets a unique opportunity to see the entire fleet together. The company in charge of public transport on Lake Geneva is the Compagnie Générale de Navigation (CGN). They also organize this spectacular annual event, which is called the Parade Navale.

The eight ships started to age at the end of the millennium. It was a great concern to all those who loved sailing on these boats. No one wanted to see them disappear. The fact that these remarkable boats – many of them equipped with their original steam engines – can still operate on scheduled service is the result of a unique restoration program. This was financially supported by the owners and by the generous contribution of the Association of Friends of Lake Geneva Steamboats (the ABVL), formed in 2002. The fleet navigates between France and Switzerland and plunges the passengers into the serenity of less frenetic times of the past.

On the morning of last year’s Parade Navale, the fleet was rewarded by Europa Nostra, the European Federation for cultural heritage conservation.

“The Jury was determined to pay tribute to the Association of Friends of Lake Geneva Steamboats, which made possible these impressive restorations. Thanks to their efforts, not forgetting of course the contribution of owners themselves, a museum outside the norm, living, floating, was retained to continue to offer its passengers the pleasure of traveling on the lake in the style of the Belle Epoque. ”  – Sneška Quaedvlieg-Mihailovic, General Secretary Europa Nostra

This prestigious award recognizes the commitment of all those who have helped to keep these boats, living museums.

Last year on the 25th of May, over 10’000 steamboat lovers, families and tourists came to the quays of Vevey, a charming town located on the shores between Lausanne and Montreux. The spectators came to marvel at an aquatic ballet performed by the six remaining active steamboats on the lake:

During this event these boats carried 2’000 happy passengers all together who enjoyed the naval dancing parade from onboard a paddle steamer right in the heart of the event on Lake Geneva. Other spectators watched from the shores for an overview and the return of the ships for the grand finale. The aquatic dance lasted for over an hour. The boats first performed their amazing mechanical ballet on the water far away from the shores. Various coordinated movements one after the other were executed before the ships then reduced speed just about 30 yards away from the public on land. At the end of the performance, the six boats aligned facing the quays of Vevey and blew their steam whistles all together for a long minute before releasing over 2’600 balloons; one color for each paddle steamer. The 2014 edition was again a huge success.

The next parade will take place on Sunday, May 24th 2015 in Rolle, between Lausanne and Geneva.