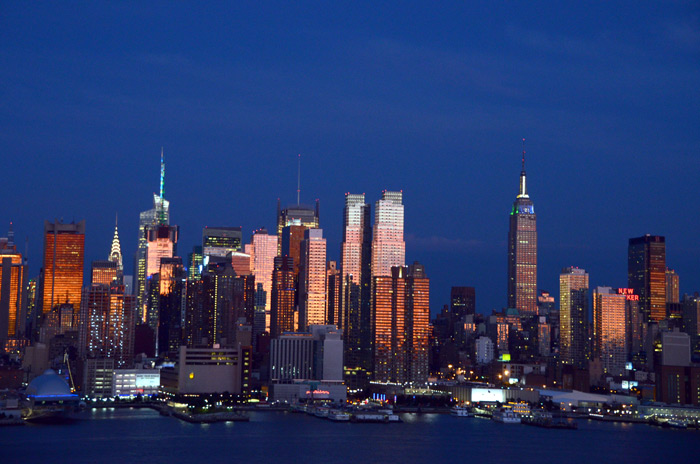 Featured Image above is the middle shot of a three shot series that produced the panoramic image below.

[dropcap]F[/dropcap]or a number of years I have been fasinated by panoramic images. Years ago before we had software like Photoshop to help make producing these images easy, you had to own an expensive panoramic camera like a Widelux or shoot it with an extreme wide angle lens and then crop it.  But for me, it wasn’t worth the expense or trouble.  Now things have changed. Many photo editing programs like Photoshop will enable the user to take a sequence of photos, overlapping each one and then bring them into Photoshop and stitch them together. Photoshop will look for similar features in each photo so it can stitch them together properly. It is amazing to see the stitching map that shows the jagged stiched edges as it applies its formula to put them together.

To get the best results in doing a panoramic a few things have to be done.In setting up the camera, you should try to use a tripod.  Most offer you the ability to start at your left side of the final image and take additional shots overlapping the last one.  On many tripods you don’t even have to use your eye to do this, they have markings on the tripod that will give you the ability to see how many clicks over to the right you have to go for each shot.

I actually use my eyes to do this, it is easy and many shots you will see here were actually hand held photos.  To accomplish this, you start at the left side of what will be the final image.  You determine the focal length that will give you the best results. Shooting at an extreme wide angle usually doesn’t work well because the details in the image are too small, but if you were shooting the Grand Canyon, you might want to shoot it wide. You will see a view of the New York Skyline below that I shot wide. The completed panoramic image is 6.5″ X 38″ @ 300 dpi. Of course the original images is much larger and can fill a wall and is 62 mb in size.  At full size it is a nice sharp image and perfect for an office or meeting room.  This type of image can pay big money and you can print 4 of these ganged up on one 30X40 poster sized print.

So now we begin the process. The first image is going to be the start of your panoramic shot. You always want to keep the camera steady and note the right side of that image. You need to select a specific spot on the right, because that is going to be where you start the next shot in your series.

Now you move your body to the right, so you keep the camera at the same height. Now look for that spot on the right you had mentally marked. This place is now the left side of the new image. I try to overlap these a bit so I get it right. I continue this until I have finished the panoramic series of images.  Very often I take from 3-6 shots to get what I want. See a few examples of some panoramic photos I shot using this technique below.

You can see the sequence of shots in this just merged image.

A few important rules.  You will need to determine the correct exposure on your first shot and then set the camera for manual and set the same shutter speed and lens opening.  This then will keep the exposures the same throughout the set. Otherwise the sky may be darker in one shot and then lighter in the other because the light meter might adjust for the subject matter in each photo.  I usually also take off the auto focus, since it will not change from image to image.

Once I have my series of photos I can then bring them into Photoshop and I can go to File/Automate/Photomerge.  I am using Photoshop CS4, this may have changed in later versions.  I select the Auto setting and then browse my desktop for the images I will be merging and the click OK.

You will see the process begin and will now see the three images as one. You will now have to Flatten the three images in Photoshop in the Layers palette.  Once flattened it has become one image and you can now  now crop this image, adjust the color, fill in areas with your clone or rubber stamp tool and then begin to create your final panoramic.

It is really this simple and should only take a few moments to do. The image file is usually huge, at 300 dpi it might even be 14″X70″ or larger, so if you really wanted to print these and cover a wall in your home of office, you could. Best way to print these is to gang more then one on a file.  Because they are very long and not very high, you can put two or three one on top of the other so you will now have filled some of the standard sized papers available today.  For instance if you wanted to print a 16X20 print, you might have be able to actually gang up 4 of your 4X20 inch panoramic’s on the one print and then cut them when you get them back from the printer.

Here are some examples of some of the panoramic’s  I have shot in the past. Most are hand held, the evening shots were done using a tripod.

There are many articles about producing these wonderful panoramic images and a number of differing techniques.  I have used this one successfully for years and use them on a lot of my travel articles. Give it a try, you may not end up printing these, but they are very cool to add to your articles or simply display them on your website.

I used a Nikon D7000 camera with my great Tamron 18-270mm VC PZD, APS-C lens for the Nikon and a Manfrotto carbon fiber tripod for most of the photos in this article.Thanks to our kind sponsors for their continued support.