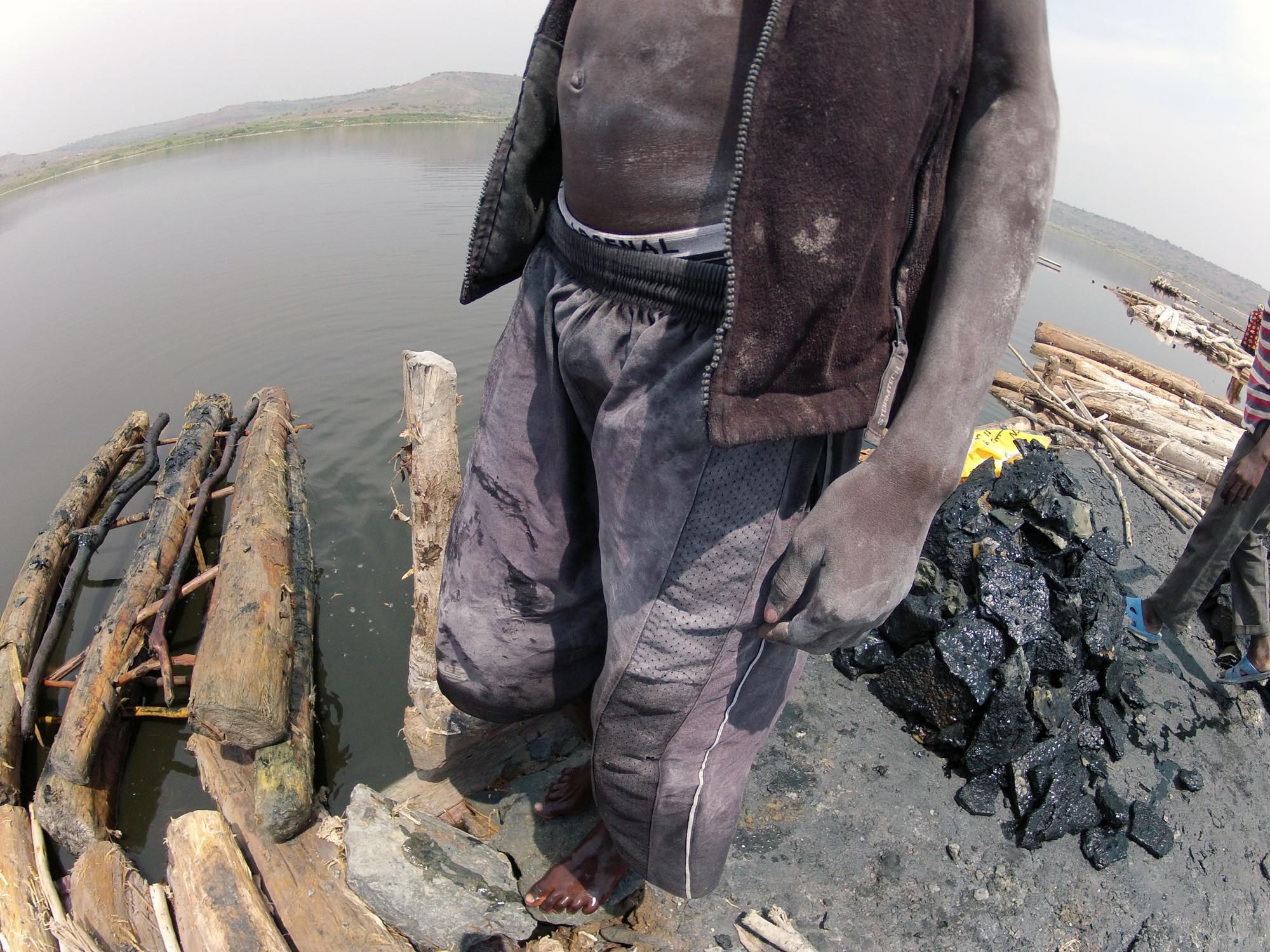 [dropcap]L[/dropcap]ake Katwe is about 550 kilometers west of Kampala, in Kasese District, Kabatoro/Katwe Town Council. It is one of about 52 explosion crater lakes found in Queen Elizabeth national park.

The salt mining lake is the chief producer of salt in Uganda. It was formed as a result of volcanic eruption about 10,000 years ago. The lake is about 9km wide and the deepest point is six feet. There is a raised settlement near the lake which people who came from neighboring areas to buy salt called “aha katwe”. It is from this that the name Katwe was derived.

It is uniquely partitioned into various “plots” called salt pans. The pans are square like, measuring nine feet wide and two meters deep. They are dug using hoes and demarcated using earth and pieces of wood. According to Richardson Ouma, an employee at Katwe Tourism Information Center, the lake has more than 1,000 salt pans though only 800 are registered by Katwe Town Council. Ouma says some salt pans have existed since the 14th century. There are locals who own as many as 10 to 20 pans.

Fighting poverty and creating jobs is high on the agenda as African labor ministers, employers and workers meet this week in Addis Ababa for a major regional meeting of the International Labor Organization. It’s easy to see why they are concerned: half of Africa’s population, over 300 million people live in extreme poverty. Faced with no other option, the poor will do almost anything to make a living, often outside the protections of a formal workplace. But sometimes that very living threatens their lives as ILO TV reports:

In the early 1980’s there was a plan to commercially process up to 40,000 tons of salt per year, enough to compete with neighboring Kenya for the domestic market. But the corrosive effects of the salt proved too costly for investors. Not so, for those who had little more to invest but their time, their effort and in some cases their health.

They scrape together an existence from the lake while the brine seeps into their bodies, eating away at their flesh and organs, causing miscarriages…

Other risks include dehydration and drowning. They improvise protective gear using rubber boots and condoms, to protect themselves from the briny water. Hundreds of workers bodies and lives have been mutilated by working like this, but no one is leaving.

Estimates say that Lake Katwe can sustain salt production for decades to come as it has supported generations gone by. But in its present form, it will continue to pour salt into the wounds and lives of the thousands who have no other option for work.