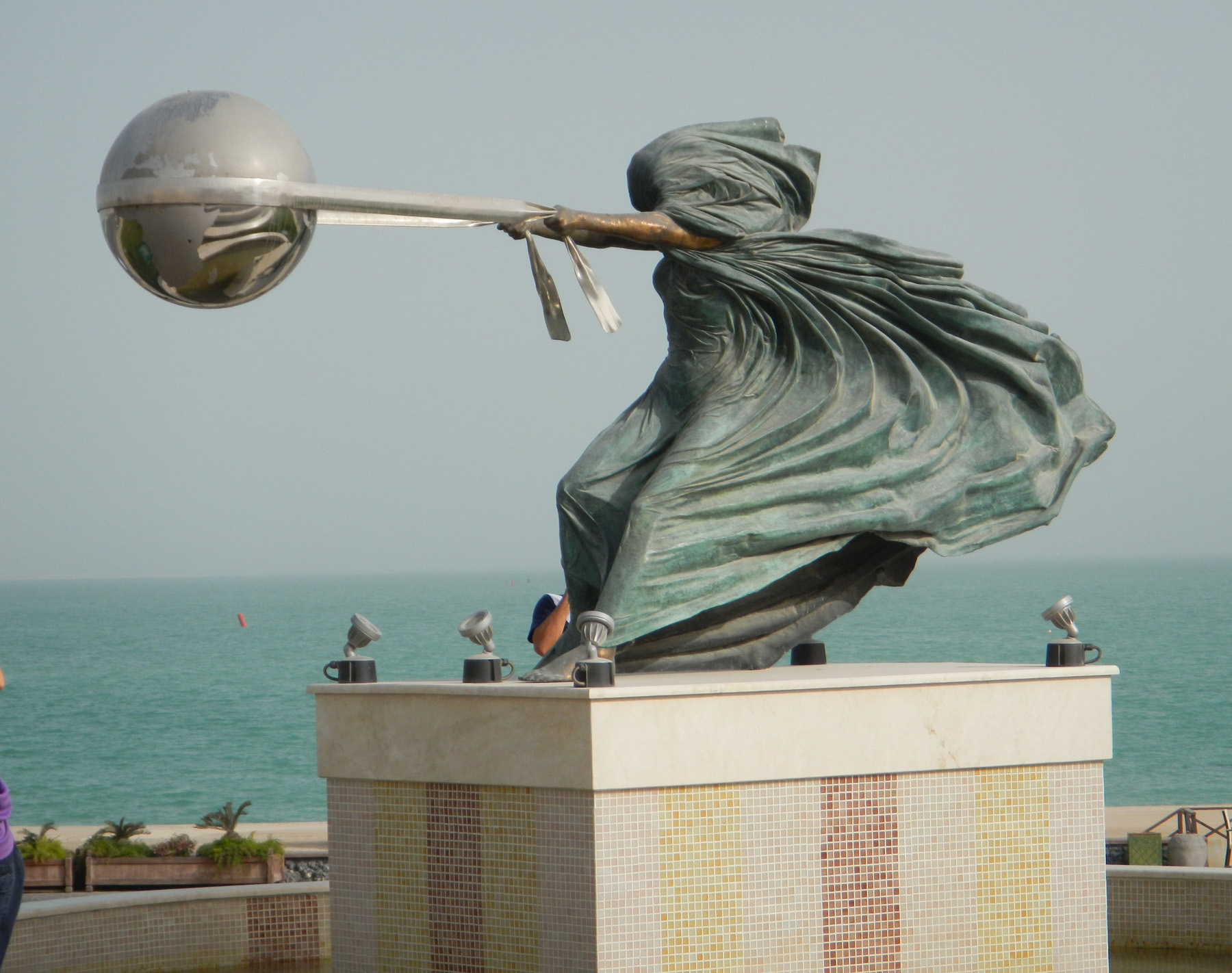 [dropcap]F[/dropcap]rom the intricately-carved white gypsum panels and traditional detailed lightscreens marrying side by side with softly curved vanilla arches, Katara harkens present-day visitors back to a yesteryear long, long ago marked by contrasts of old and new. Wandering the stone-clad walkways cooled by precisely-placed awnings above shielding the afternoon-setting February sun,it soon becomes apparent what Katara is all about. Culture, knowledge, and faith sprinkled with a heavy dose of traditions – all part of an extraordinary mission of imparting these precious gifts to the world; that is, one of generously sharing the power of modern-day knowledge. 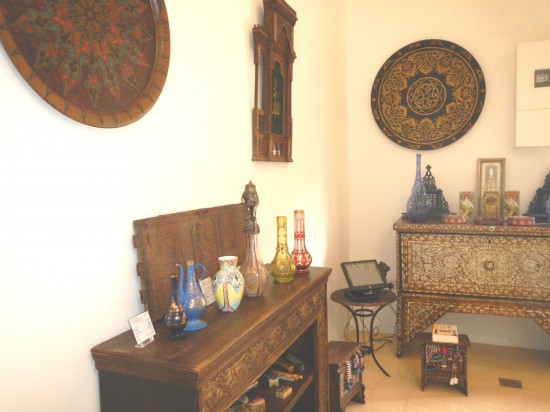 Aptly named, Katara is actually one of the old names of Qatar dating back well into the 18th century. Fashioned after a traditional Qatari alleyway (al Fareeg), Katara’s grid incorporates the timeless features of Middle Eastern architecture inspired by centuries-old traditions. I duck into a quaint shop displaying original leather-bound Islamic art books, dwarfed by a heavy wooden styled wardrobe standing along the wall. Opposite are delicately carved pieces of art set off by colorful glass creations. It is both awesome and awe-inspiring at the same time. 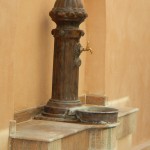 And true to original Middle Eastern alleyways, there is always a surprise waiting behind the next gentle turn or corner be it something as simple as a well-placed bench for a rest spell or a large, wooden door to cautiously open only to marvel at what one has just discovered. However, the one thing missing, I felt, were traditionally dressed Qatari guides eager to impart written information about Katara’s different venues, to verbally explain the overview of its mission, and to provide a detailed walking map of where everything was located so as to better understand what you are looking at. But since the cultural village has just so recently opened, perhaps that has yet to be implemented. 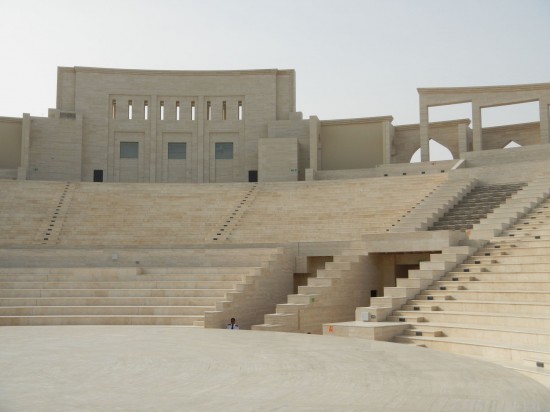 With its impressively large outdoor amphitheater in the spotlight as the focal point (with planned concerts and performances scheduled for the upcoming spring and summer), smaller buildings housing drama theaters, a media center, various cultural and art societies, art exhibition halls, and an opera house offset it. Interwoven like palm fronds are scattered shops, a handcraft souq and restaurants/cafes featuring international cuisine. Katara is truly Qatar’s newest focal point.

The weekend day I visited, the “alleys” were mostly quiet allowing for ample time to wander aimlessly and explore without feeling rushed. It was a pleasant afternoon minus the hubbub of activity normally expected during the week and when performances and exhibitions are slated. Even the throngs of people enjoying the warm afternoon sunrays along the beachfront, as they sauntered up and down the walk that hugged the sandy beach, were temporarily inconspicuous to the rest of the world.

According to Katara’s public relations staff, “[there are] a group of buildings designed to host the various cultural, literary and art societies functioning in Qatar under one roof, with the main objective being to facilitate access of interested visitors and to provoke their potentials and to enhance the spirit of fair competition among them.”

In addition to the colorful palette of the on-site mosque greeting visitors as they enter, this cultural hub of knowledge also features three impressive dovecotes (pigeon towers) towering next to the mosque in traditional style – of which staff routinely feed the pigeons to encourage their stay. A modern looking Falcon Museum, located on the northeastern fringes of the grounds, that actually is a replicated red shroud customarily concealing this mighty bird of prey’s head, is also very unique. You can’t miss any of these three groupings due to their towering size, resplendent color and/or texture, and distinct individualism regardless of traditional styling.

Present-day visitors will find this 18th century village likeness with its decorative richness and imaginative symbolism not only equally impressive and welcoming, but also a reflection of what Katara’s mission embodi 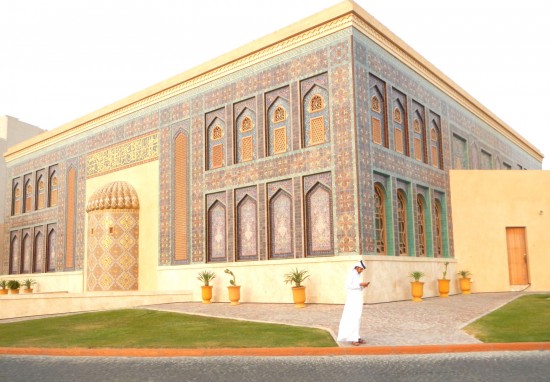 es. This impressive complex most definitely has something to say.