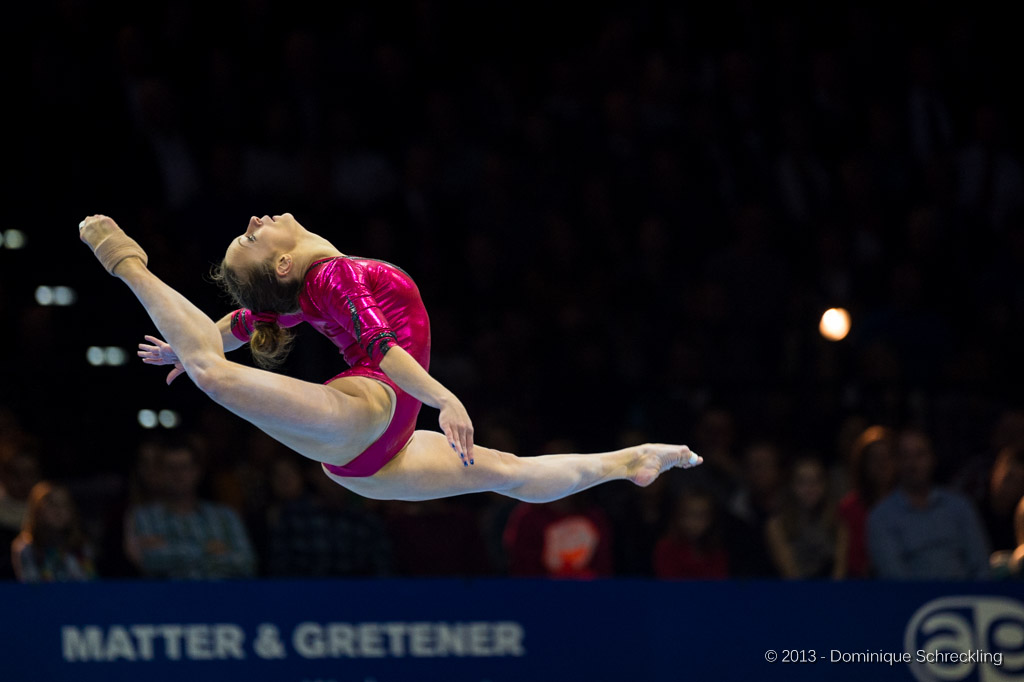 [dropcap]T[/dropcap]he Swiss Cup Zurich is an annual event of artistic gymnastics and is today among the most significant sports events taking place in Switzerland.

The competition differs greatly from other elite meets as the gymnasts compete in rounds rather than rotations. This is a pairs competition where a male and female gymnast form a team. There are two preliminary rounds held, semi-finals and finals. The gymnasts in each team compete one right right after the other and the team’s total score is based on their combined scores. Each team can choose in which event they would like to compete in each round, with some restrictions. In the final round, the four remaining teams starts on an equal basis and build their scores from zero.

The event is an invitational tournament. The goal is to try to have teams from all continents. It also tries to attract medalists of World Championships (WC) and European Championships (EC).

The 31st edition of the event took place on November 3rd where a record breaking crowd of over 7’000 spectators found their way into the Hallenstadion, a multi-purpose facility in the city of Zurich, to watch the amazing performance of this year’s selection.

Several World and European Championship finalists were participating. First and foremost was the German, Fabian Hambüchen, who ranked 3rd at the All-Around and 2nd at the High Bar in Antwerp (Belgium). The Romanian female gymnast, Larisa Andreea Iordache, was another eye-catcher. She ranked 2nd at the EC All-Around and 4th at the WC and was also considered as a favorite in the apparatus competitions. There was also EC bronze medallist, Oleg Verniaiev, who competed for the Ukrainian Team with Angelina Kysla.

The Swiss colors were represented by Giulia Steingruber/Claudio Capelli and Ilaria Käslin/Oliver Hegi. Giulia Steingruber won the gold medal in all disciplines of the Swiss Championship and finished 4th at the EC on the Vault.

The duel of the last few years between the German team Elisabeth Seitz/Fabian Hambüchen (winner in 2010 and 2012) and the Swiss team Giulia Steingruber/Claudio Capelli (winner in 2011) was difficult to evaluate this year since both teams ended with the very same amount of points. In the case of an equal scoring, the rules demand that the weakest score is removed from one round in each team, which placed the German team ahead of the Swiss one. But the overall winner went for the 9th time in the history of the Swiss Cup Zurich was the Romanian team with Larisa Iordache and Andrei Muntean.

For a change, Fabian Hambüchen was not the star of the competition; it was Larisa Iordache who was among the best All-Around gymnasts. In the final, she achieved the best possible score of 15.30 on the balance beam and a total of 59.45 in all four rounds.

The entire event presented the public a very impressive competition, especially considering that the world championships were already quite a few weeks ago and the gymnasts are already preparing the next season.

As a final word, I would like to thank the organizers as well as the over 300 volunteers who have made this event happen. I also want to thank the organizers for the excellent light conditions provided to not only give the public a superb view of the gymnasts, but also created ideal conditions for the photographers. A well-lit performing gymnast makes a striking image in front of a dark background in a photograph.