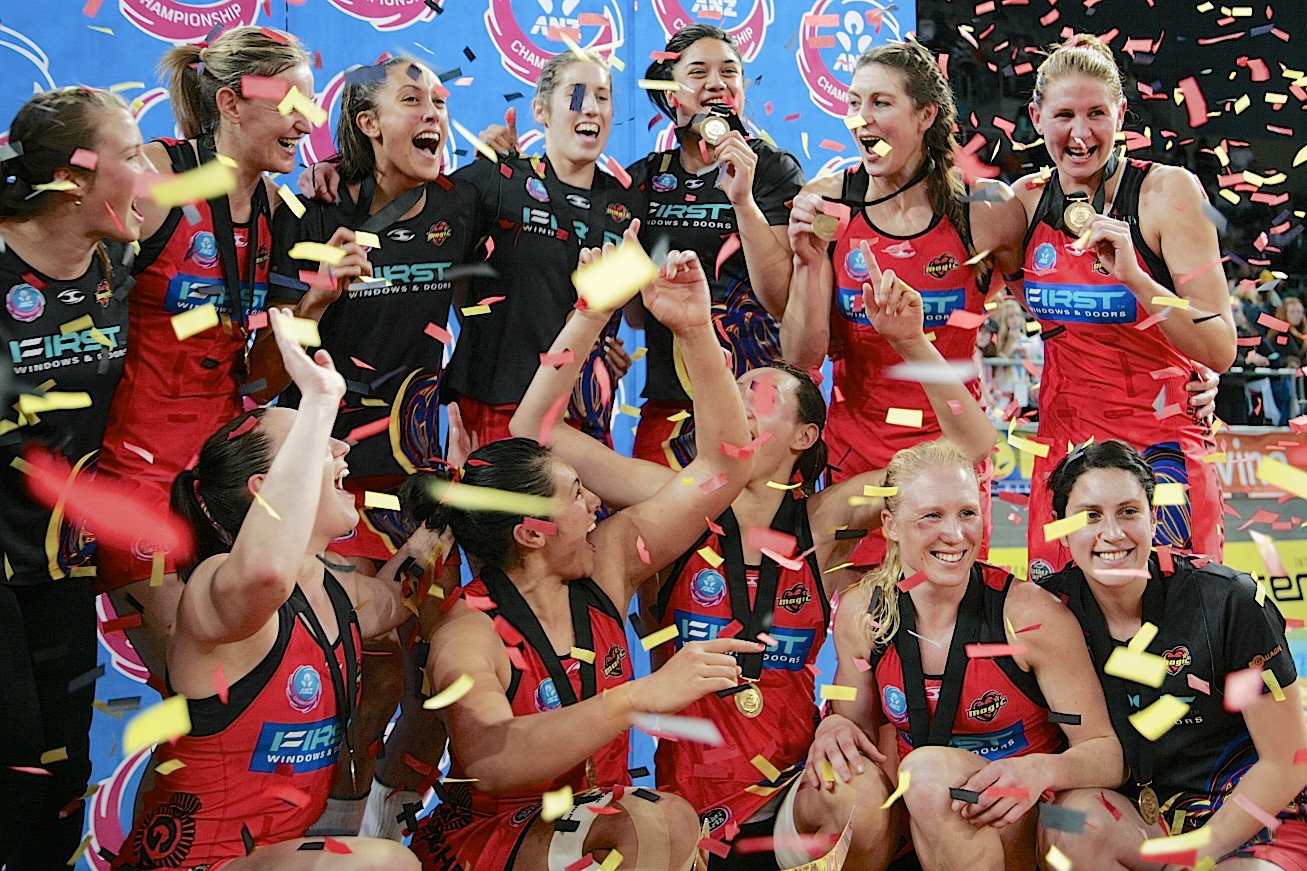 The Magic made the daunting trip across the Tasman from New Zealand to take on Australia’s best team. The Melbourne Vixens on their home soil in front of a home crowd.

The Vixens went into the game as favorites. Being the minor premiers, having the home town advantage  and coming off a two week break.

The Magic not having the best of records on Australian soil & coming off a hard fought preliminary final a week earlier, but headed into the Grand Final with eleven straight wins. The underdog tag & the hope of an entire New Zealand nation on their shoulders.

An intense game between the the two sides & grand final nerves  were clearly on display with Tegan Caldwell & Karyn Howarth showing plenty of nerves missing goals & the Magic turning over the ball & missing some shooting opportunities earlier.

The Melbourne Vixens lead three of the four quarters and seemed to be the team that would be hoisting the 2012 ANZ Championship Grand Final Cup at the end of the fourth quarter when the final siren was blown.

[box_light]The Defense[/box_light]The dynamic duo of Bianca Chatfield and Geva Mentor with the assistance of Chelsey Tregear & Julie Corletto did well for the Melbourne Vixens defence stopping and blunting the Magic’s attack earlier, keeping Magic goal shooting ace Irene van Dyke in check, but she later went on to shoot a winning 25 out 26 shots for the Magic.

The defensive twin towers of Magic pair Leana de Bruin & Casey Williams proved to be a thorn in the side for the Vixens &  proved to be the difference towards the end of the game. Having the height & experience, both players seemed to grow in stature as the game went on. Rebounding from missed goals & intercepting passes from the Vixens mistakes. Both players relishing in the pressure  of the game & taking control in the last ten minutes of the game. Their experience proving the deciding factor against their younger inexperienced opponents in Magics win.

[box_light]The Final Siren[/box_light]After the final siren the Magic celebrated with tears of joy & jubilation in front of a shocked Melbourne crowd. While a dejected Melbourne Vixens side tried to console each other & ponder what might have been. The small Magic crowd celebrated with the New Zealand “ Haka,” delighting the Magic team, who applauded their supporters.

Leana de Bruin was named “ Most Valuable Player,” in the grand final.