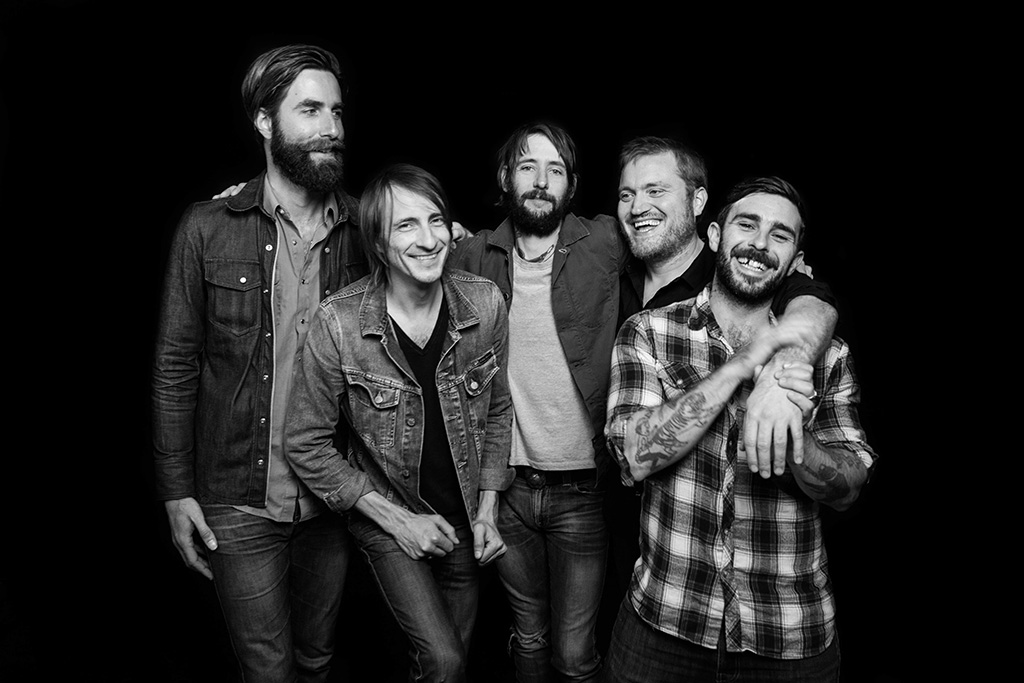 The acid test for The Alex

Zermatt, 28th January 2014 – Band of Horses and Peter Cornelius: How will that work together? Quite simply: at Zermatt Unplugged, musicians from all the genres and from across the world come together to perform with acoustic instruments on stages with an intimate atmosphere, surrounded by what is probably the most beautiful high mountain landscape in Europe. The festival unites jazz players, folk-rock bands and pop stars, songwriters and cabaret singers. The festival is now starting the advance sales for five additional acts, and has shown once again that, even across the Atlantic, it is recognized as a special festival for selected acoustic projects.

“Acoustic at The Ryman” was the name of the much acclaimed acoustic album of the American Band of Horses from Seattle, which will be released the 11th of February 2014. It sounds as wild and expressive as the performance in the legendary Ryman Auditorium in Nashville. That this folk-rock band are now appearing at Europe`s largest acoustic festival is also a kind of natural law, and is nevertheless remarkable. It is the loudness and the softness, the breadth and the density of this unique music of the Band of Horses that predestines it for a concert at Zermatt Unplugged – in front of only 1,000 spectators. The Alex, the festival’s new and exciting stage, will experience its acid test with this gig. Experiencing the aura of the Band of Horses in this context is in itself a sensation.

Up to now, the fact that it’s not very easy to book bands with acoustic repertoires will not have gone unnoticed by any Zermatt Unplugged fan. There are musicians who are “unplugged by nature”, such as Milow from Belgium, who appeared at the festival in 2010, and will also be presenting songs from his new, sixth album on The Alex stage. The album will be released in the spring. Unplugged is guaranteed with Milow, and that is not always self-evident. The festival organisers and guests have, for example, already experienced one or the other concert from world stars who interpreted unplugged by organising candlelight on the stage, or wearing a brown leather jacket. Unplugged is also a statement: an attitude towards life that demands authenticity, intimacy and simplicity. Zermatt Unplugged invites the musicians to an acoustic session, but does not dogmatically insist on this by contract. This makes the performance open, and keeps it exciting to the very end.


Zermatt Unplugged has no worries at all regarding the concert of the Austrian songwriter and talented guitarist Peter Cornelius. Why? An acoustic performance can also reveal one or the other musical weakness. The great respect that many musicians have for acoustic performances becomes clear again and again, as, in this www.zermatt-unplugged.ch format, there is nothing that can be covered up by volume and studio technology. There’s therefore absolutely nothing to fear in the case of Cornelius, who has been appearing since the 70’s and is a complete professional, whose guitar playing has even resulted in a Grammy nomination. Peter Cornelius, who released his 21st album in 2012, is more successful than Bob Dylan in German-speaking countries, to his own disbelief and almost embarrassment. “Der Kaffee ist fertig”, “Du entschuldige I kenn di”, “Reif für die Insel” – his appearance in the Vernissage will almost be a home appearance for Cornelius.

Zermatt Unplugged is also preparing a home appearance for the Swiss newcomer and gifted pianist Jan Oliver, who will be performing in front of only 110 spectators at the rapturously beautiful Sunnegga Session in the mountain area. Following Anna Aaron, who played the first Sunnegga Session in 2012, the festival is especially happy to welcome another Swiss singer-songwriter to the mountain stage. Jan Oliver’s sincere words, his presence and his musicality have enthralled the public.


With the new “The Alex” stage, it will also be possible to achieve a better utilization, and thereby a more compact atmosphere, for the acoustic performances of some of the bands – a measure that was long overdue. Zermatt Unplugged is especially pleased to open this exciting new stage for 1,000 persons, for which the Hotel Alex has specially converted its tennis hall, with the British artist Alex Hepburn. Hepburn, the musician with the gorgeous smoky voice, attracted attention throughout Europe in 2013 with her debut album “Together Alone”.

We are very pleased to receive this support and to enjoy the positive influence that emanates from these partnerships!

Tickets are available from tomorrow, Tuesday the 28th Januar 2014, from 8.00 a.m. on www.starticket.ch and in all Starticket sales offices (Post, SBB, Manor and Coop City) and in the ZAP bookstores (Zermatt, Visp, Brig).